Ryanair opened its Paris Beauvais base on 3 December with two based aircraft. For many years, it was a very large non-base for the carrier.

The ULCC will have 41 routes from Beauvais in 2021, with Porto, Barcelona, Dublin, Rome Ciampino, and Lisbon its top-five by seat capacity.

Porto will be by far its top route, with nearly 50% more capacity than Barcelona, OAG data indicates.

Ryanair had 42 routes from Beauvais in pre-coronavirus 2019.  In comparison to 2021, five routes have gone: Bratislava; Girona; Stockholm Skavsta; Prague; and Tenerife South.  However, four were introduced in the current year – Manchester, Paphos, Vienna, Zadar – for the net loss of one.

In 2019, Ryanair had over 12.3 million French seats and over 3.4 million at Beauvais.  However, its Beauvais capacity has remained static or declined in recent years, pushing its share of Ryanair’s country seats to 28% – its lowest in many years.

Yet Ryanair remains crucial to Beauvais, holding 77% of the airport’s seats.

Ryanair had over 3.4 million seats at Beauvais in 2019 for a 28% share of its total France seats.

In the year to March 2020, so just before the impact of coronavirus, Ryanair achieved an estimated €43.57 million in profit at Beauvais, RDC’s Apex platform shows.

This made it the airline’s 16th most profitable airport, just behind Valencia.  Beauvais to Porto – Ryanair’s top route from the airport, as mentioned earlier – accounted for approximately 14% of the profit.

Beauvais’ 16th position needs to be put into context.  The airport isn’t very large for Ryanair, yet it performs strongly financially.  Its performance was 70% greater than its second most successful French airport, yet it had just 15% more seats.

At a more extreme level is Stansted, the ULCC’s fifth most profitable.  In this period, Stansted had over six times as many seats as Beauvais, yet it was less than twice as profitable.

Key here is Beauvais’ charges.  Even at full tariff and excluding incentives – the reality would therefore be even better – Beauvais is inexpensive.  At a 90% SLF, it would be less than €5.8 per passenger.

The story is different when government charges are included, however. 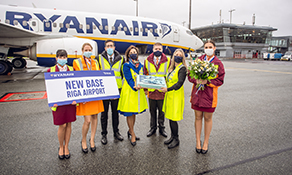 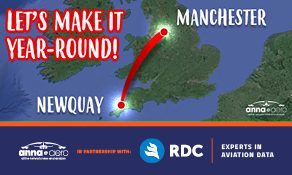