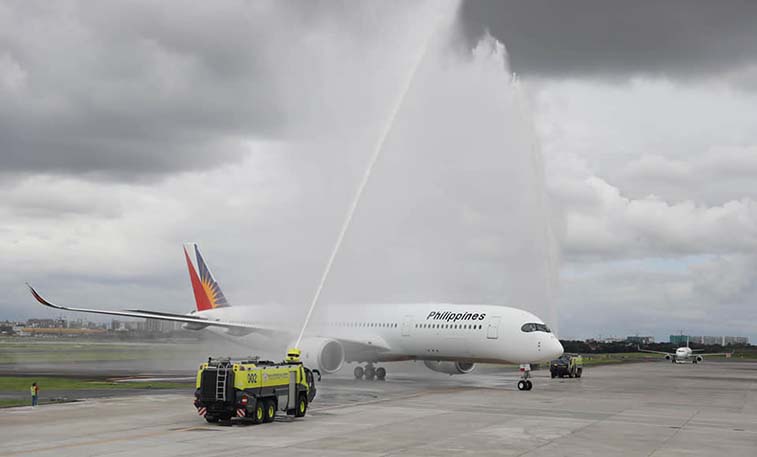 Los Angeles was by far Philippine Airlines’ top North American destination last year. This route had an estimated 83% seat factor, with 76% of passengers being to/from Manila.

Los Angeles is by far Philippine Airlines’ top market with almost 557,000 seats last year – or 32% of its US/Canada total.  It is normally served twice-daily B777-300ERs.  Los Angeles’ share of North American capacity has pretty much always fluctuated between one-quarter and one-third.

Philippine Airlines’ network revolves around Filipino diaspora.  With over 610,000, Greater Los Angeles has the largest volume outside of the Philippines, followed by San Francisco, New York, Honolulu, Toronto, San Diego, and Vancouver.

Of US cities, Chicago follows San Diego for the size of Filipino diaspora. Booking data via OAG Traffic Analyser shows that Chicago was Manila’s largest unserved North American market last year with 104,000 passengers.  When all of the Philippines is considered, this increased to 137,000. 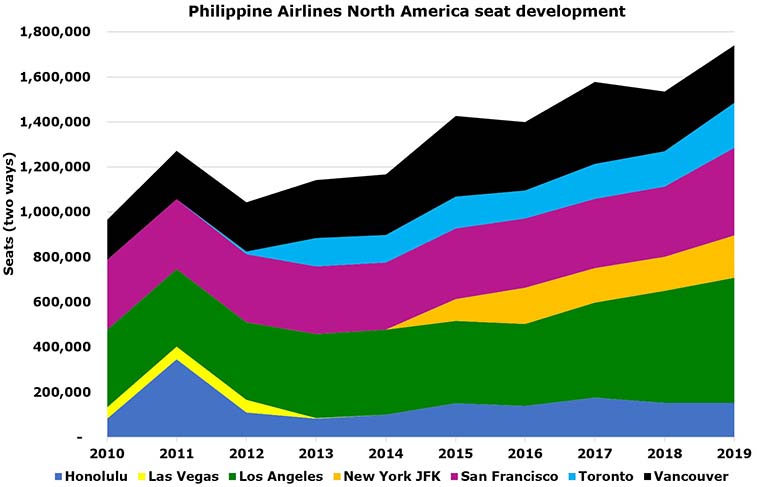 With 556,740 seats and approximately 459,775 passengers, Los Angeles – Manila had an estimated seat factor of 83% last year. This was more than its system average.

Read more: Turkish Airlines had a 90% seat factor to Bogota and Panama City.

With such strong VFR demand, it’s no surprise that this market was driven by Manila O&Ds.  Just under six in ten were Los Angeles point-to-point, with this jumping to over three quarters (76%) when traffic over Los Angeles to Manila is included.

Las Vegas has a sizeable Filipino diaspora too, with Philippine Airlines operating Manila – Las Vegas via Vancouver using A340-300s until 2013.  Vancouver then became the stopover to/from JFK, before JFK was non-stop from October 2018.

Although almost 112,000 connected over Manila (starting/ending at Los Angeles and bridging), it was just 24% of its traffic. 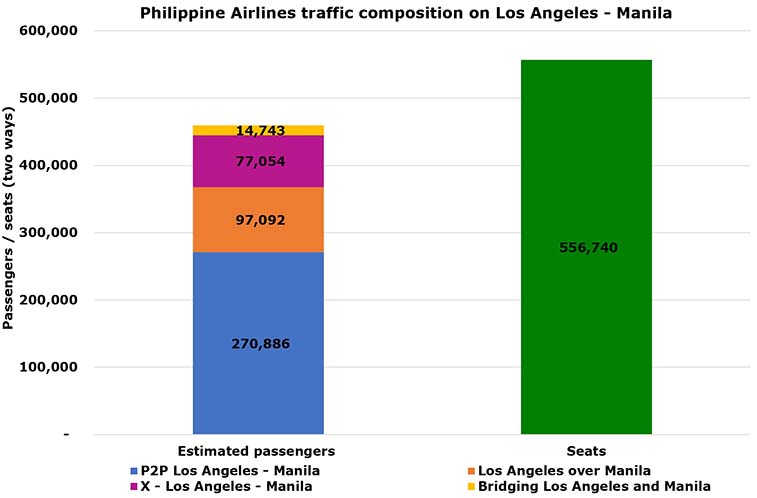