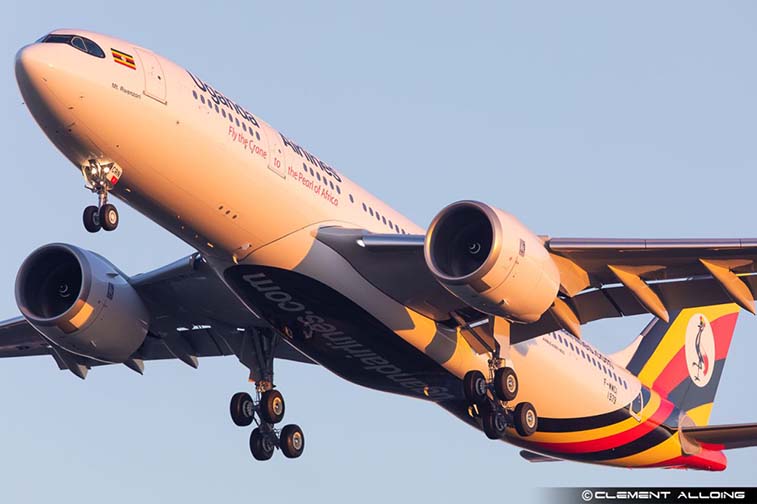 Uganda Airlines’ current network comprises nine destinations, all served by CRJ-900s. These will be joined shortly by its first two A330-800s. We look at the carrier’s network and where could make sense for its A330s.

Nairobi is by far the top with almost one-third of its capacity, followed by Juba (19%), and Dar Es Salaam (14%).  Together, these three have almost two-thirds of the airline’s seats.

More specifically, Uganda Airlines’ nine destinations have 48 weekly services in the week beginning 4 January.  Nairobi is top with 13, then Juba with 10, and Dar Es Salaam with seven (the latter triangularly via Zanzibar or Kilimanjaro).   All of the rest are three-weekly.

South African ended the route in early 2020; it was served six-weekly using Embraer 190s and had a block of about four hours.  It’ll be almost exactly 1,000 kilometres longer than Uganda Airlines’ currently longest route, Kinshasa.

Khartoum is now the largest intra-Africa unserved market Entebbe, but of more pressing focus is its new A330-800s and long-haul. But where may make sense? 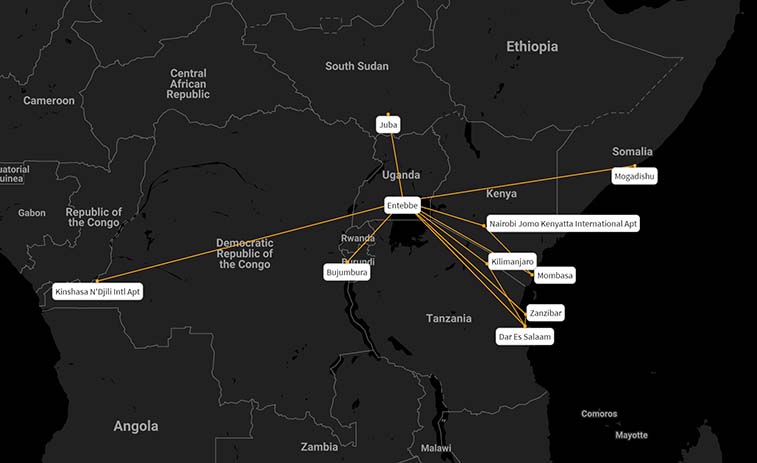 One-stops are important for African carriers, and Uganda Airlines is no exception, although its are triangular. We previously showed that 20% of international flights within Africa had one or more stops.

Uganda Airlines long-haul ambition, but where may make sense?

If Uganda Airlines is keen to develop Entebbe into a hub, as appears to be the case, it will need to strongly coordinate services to benefit from transit traffic, although this is of course lower-yielding.

Not surprisingly, Guangzhou is low-yielding and performs pretty poorly by fare, although China – Africa had over 2.5 million passengers in 2018.   Despite being 86% longer than Mumbai, its fare is just 13% higher.  Guangzhou also has a smaller local market and lower potential connecting demand than Mumbai.

London is the most obvious for P2P demand, connecting demand, and for fare performance.  On this basis alone, it would be strange if it didn’t happen.  Likewise, Mumbai, Johannesburg, and Khartoum. 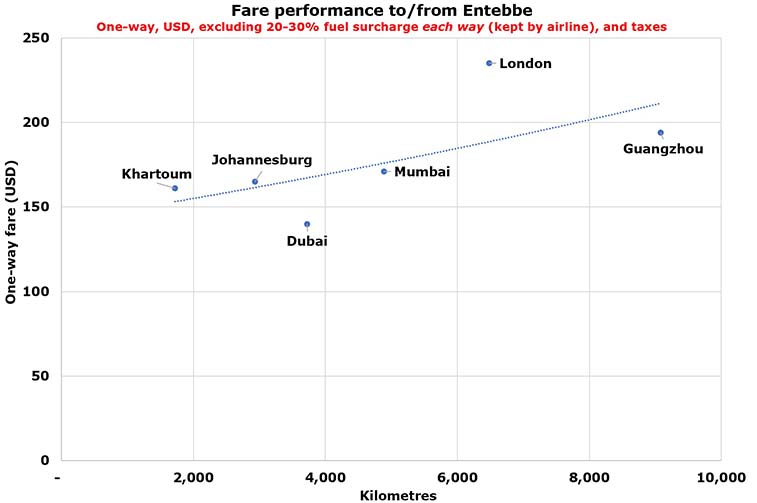 Source: booking data via OAG Traffic Analyser based on 2019 data.