Ryanair announces Venice Treviso base, its 15th in Italy 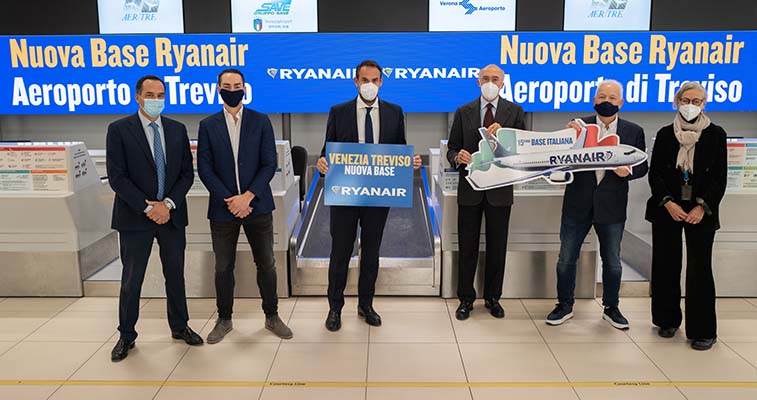 Ryanair will open its next base at Venice Treviso on 30 March with two aircraft.  It’ll be its 15th base in Italy and one of 29 airports served in the country.

This comes soon after Ryanair’s CEO said that a new base in Italy was coming for S21; we predicted that it’d be Treviso.

Ryanair will add 18 routes at Treviso – three domestic and 15 international – with 39 weekly flights each way.

Eight of its 18 routes have been served since 2010, so they’ll be served again.  See details in the following table’s caption.

None of its 18 routes will have direct competition, while eight will have neither direct nor indirect.  Of the 10 that will have indirect competition, all from at least Venice Marco Polo, seven are from later in the core summer season with just three when Ryanair begins.  Competition on these 18 is therefore relatively minimal.

With 10,000 indirect passengers, Billund was the largest unserved market, with the others having between 2,000 and 7,700 – all before stimulation.

Wroclaw, Gdansk, and Katowice are all larger unserved markets from Venice than Poznan. Will they happen?

Ryanair has served Treviso for 22 years; will have 45 destinations in 2021

Ryanair will serve 45 destinations from Treviso in 2021, with 39 international and six domestic.

This includes Bristol, Dublin, East Midlands, Eindhoven, and Manchester returning after being suspended due to coronavirus.

Ryanair’s 45 Treviso routes will be up from 39 in 2019.  The introduction of 18 routes in 2021 clearly shows that many have either been cut (Brussels National, Cologne, Frankfurt, Gran Canaria, Hamburg, London Southend, Stockholm Skavsta) or moved to Venice (Brindisi, Cagliari, London Stansted, Palermo).

Treviso’s announcement that it’ll become a base follows Ryanair finally opening Paris Beauvais as a base on 3 December.

Treviso has been a very long-standing Ryanair airport, with its first service from London Stansted in 1998.  Yet it has never been a base – just a large served airport.

In 2019, Beauvais and Treviso were Ryanair’s 21st and 28th largest airports system-wide – and two of only three of its top-30 airports that were not bases. See the table below this figure. 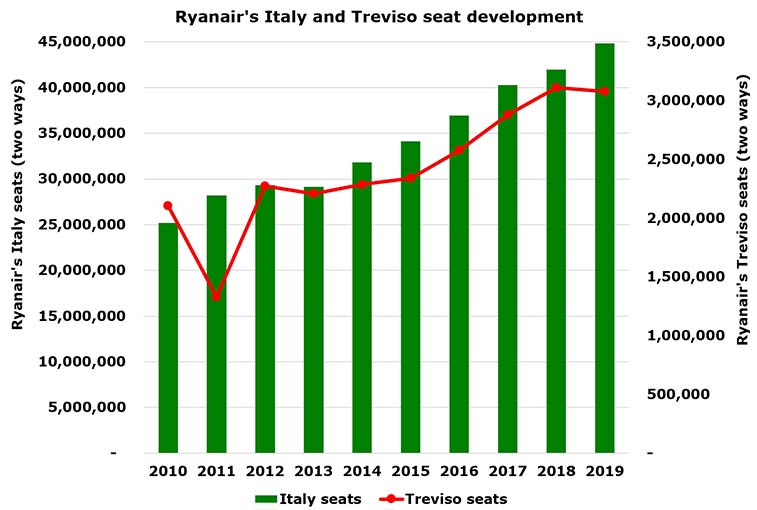 Treviso had over three million Ryanair seats in 2019 for a 7% share of the ULCC’s country seats and 2% of its system capacity. Source: OAG Schedules Analyser. 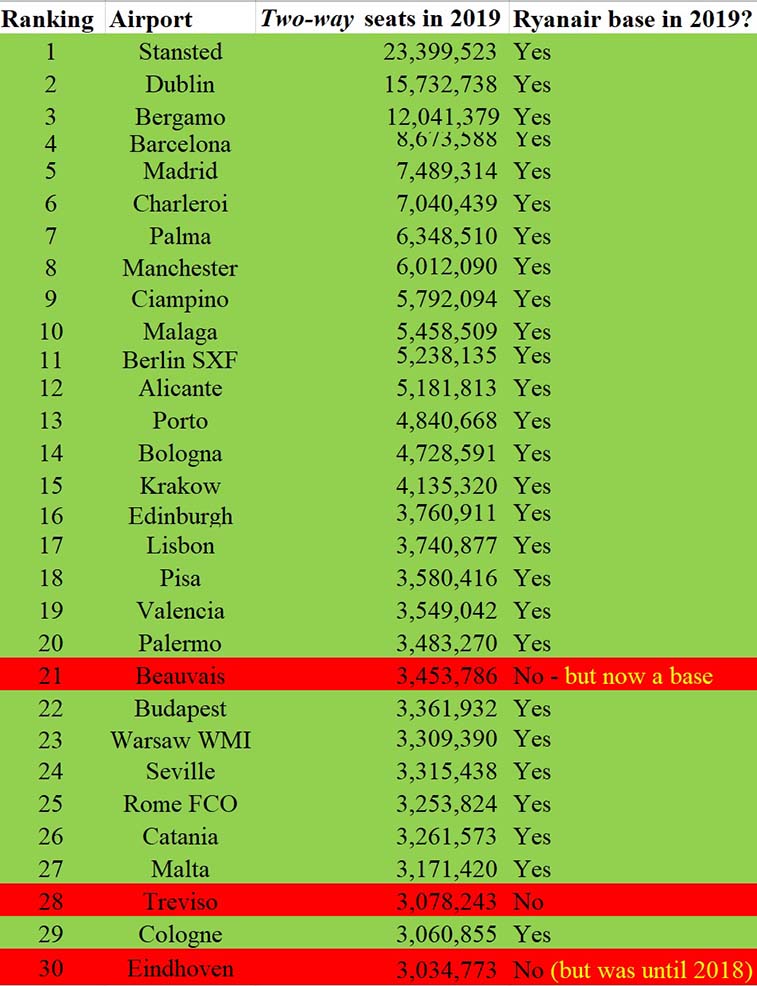