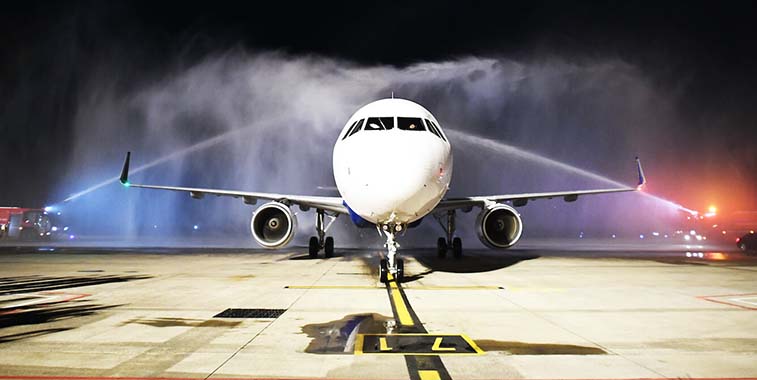 Vietravel expects up to 10 aircraft within five years for both domestic and international markets.

Vietravel – Vietnam’s top tour operator – had over one million customers last year, with half travelling by air.  Now it wants in on the action itself.

With its first A321ceo already arrived, and two more due by the end of the month, it plans to have up to 10 aircraft within five years.

And while Vietravel will initially enter the fiercely competitive domestic market, its sights are on international operations.

Although its network plans aren’t yet known for definite, it is believed that it will primarily concentrate on connecting the tourist hotspots of Da Nang, Nha Trang, and Phu Quoc – probably initially to Hanoi and Ho Chi Minh City.

In 2019, over 34 million passengers flew domestically across 63 routes, booking data reveals.  This was up by 19% YOY, partly driven by Bamboo Airways’ entrance in January of that year.

The domestic market slowed significantly in 2017, up as it was by just 4%.  This was mainly from VietJet and then-Jetstar Pacific focusing on international expansion: VietJet’s international capacity grew by 125% YOY.

In fact, VietJet and Jetstar Pacific’s domestic passenger volume declined in 2017, with Vietnam Airlines accounting for the growth. VietJet then intensified its effort, increasing domestic traffic by one-quarter in 2018 and overtaking Vietnam Airlines for the top spot. 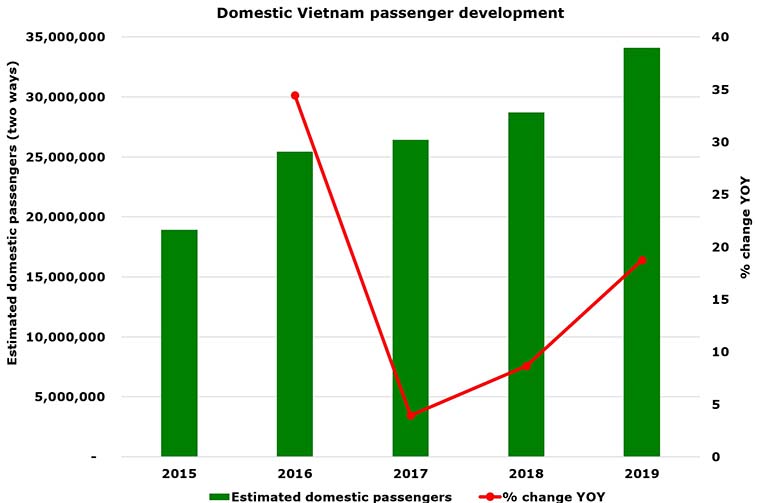 Vietravel will enter a burgeoning domestic market, although it will revolve more around international operations. Source: booking data via OAG Traffic Analyser.

The country revolves around its top-10 domestic routes, with these having over two-thirds of the total demand – a phenomenal amount.

The top market, Hanoi to Ho Chi Minh City, had  7.7 million passengers, well over twice as many as second-placed Da Nang to Ho Chi Minh.

For Danang, Nha Trang, and Phu Quoc, traffic drops very significantly after the absolute core markets have been removed.  For example, while Phu Quoc’s top-10 markets had over 2.8 million domestic passengers, reflecting almost all of its demand, just 482,000 remain after Hanoi and Ho Chi Minh are removed.

It is no surprise that Vietravel will likely focus on core routes from these tourist hotspots, although it begs the question of underserved – or unserved – opportunities away from the largest metropolises for some operator.