Wizz Air rocks around the clock on new Luton to Gibraltar 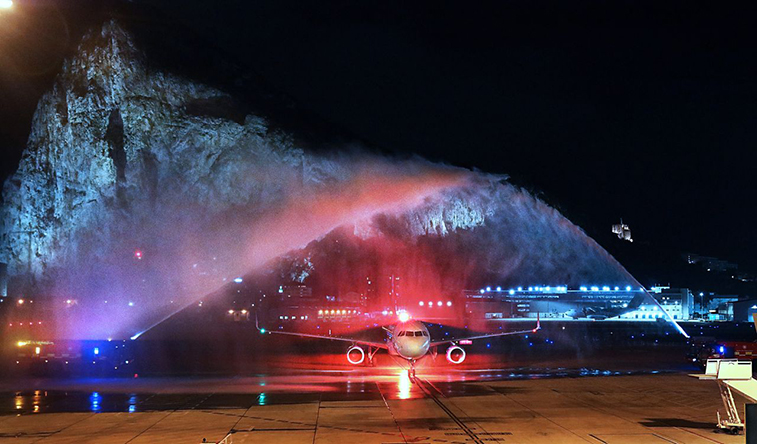 A riot of colour and a brilliant water arch to celebrate Wizz Air’s new Luton to Gibraltar service. Gibraltar’s famous Rock is visible in the background.

This will change from the start of the summer season when easyJet resumes it on a twice-weekly basis from 30 March.

easyJet began Luton – Gibraltar in 2018 following the end of long-established Monarch on the route.  At its peak in 2011, the market had over 147,000 seats, schedules data from OAG shows.  However, with Monarch’s load factor of around 75%, capacity was greatly cut the following year.

London – Gibraltar, meanwhile, had its highest volume of seats in 2017, with 479,000.  In this year, Gatwick, Heathrow, and Luton were connected to the British Overseas Territory across BA, easyJet, and Monarch.  BA had just 708 more seats than easyJet.

Gibraltar’s Minister for Business, Tourism, Transport, and the Port, the Hon Vijay Daryanani MP, said: “I was delighted to welcome a new airline to Gibraltar and extra capacity for the North London market.

“Wizz Air UK is expanding quickly and I have no doubt that they will become long-term partners for Gibraltar. I negotiated personally with the airline to attract them to the Rock.

“Her Majesty’s Government of Gibraltar is committed to attracting an expansion of air services. I will continue to work hard at this and make sure that we have more airlines operating out of the airport than ever before.” 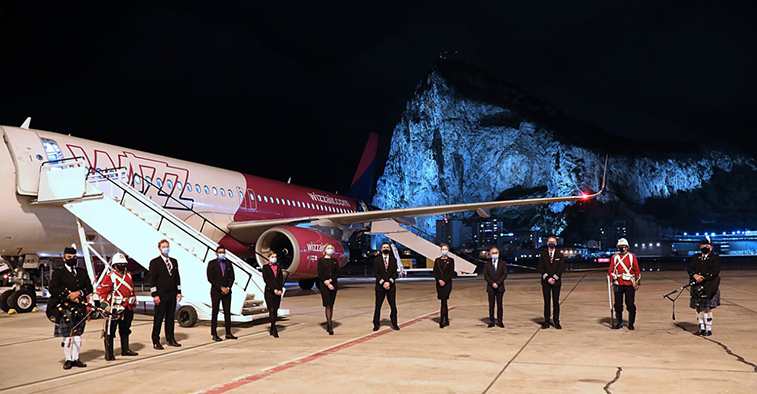 With a brilliant backdrop of the Rock, Wizz Air is operating a twice-weekly, year-round Luton to Gibraltar service.