Routes Americas 2021 has moved from Bogota to Orlando 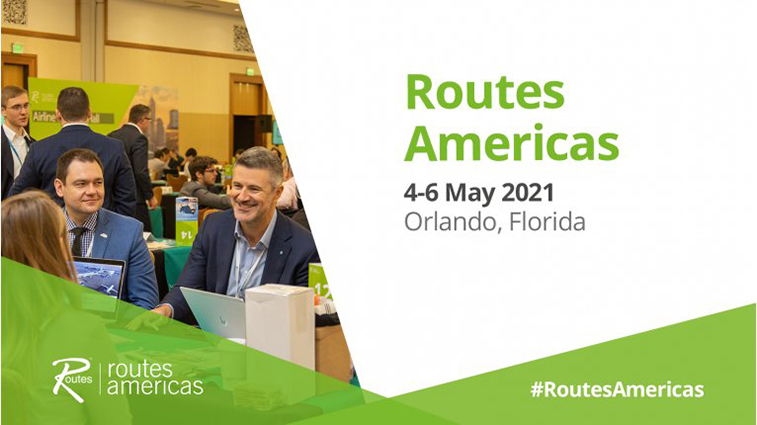 Routes has confirmed that Routes Americas 2021 will be moved from Bogota to Orlando.

Orlando has today been announced as the host of Routes Americas 2021, replacing Bogota.  The Colombian capital will now hold the event in 2024.

As a result of coronavirus, the date of the 2021 event has also moved and will now run from 4 to 6 May.

Over the past two years, more than 800 new air services across the Americas have been connected to meetings that took place at Routes.

Further details of Routes Americas 2021 in Orlando will be available early in the new year, the organisation said.

anna.aero will be in full attendance at Routes Americas 2021 producing magazines packed with news, exclusive analysis, and coverage from the days’ events. Just like we did in Indianapolis this February, with our Show Dailies available here. 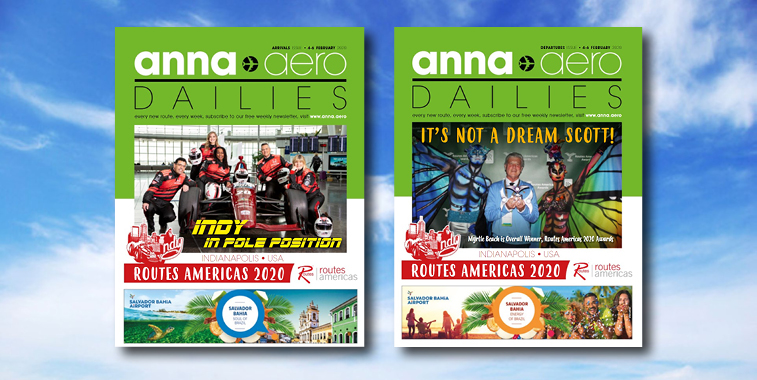 anna.aero will be producing magazines packed with news, exclusive analysis, and coverage for Routes Americas 2021.

Orlando’s two airports up by 20 million seats since 2010

Almost 62 million seats were recorded at Orlando International and Orlando Sanford last year.  This was up by 20 million and 47% since 2010.

The growth since 2014 is notable, with International’s capacity up by 42% and 17 million.  Despite very strong increases by JetBlue, Delta, and American, over 10 million seats were added by Spirit and Frontier.

In 2019, Orlando International passed 58 million seats across 158 routes while Sanford exceeded 3.8 million across 88. 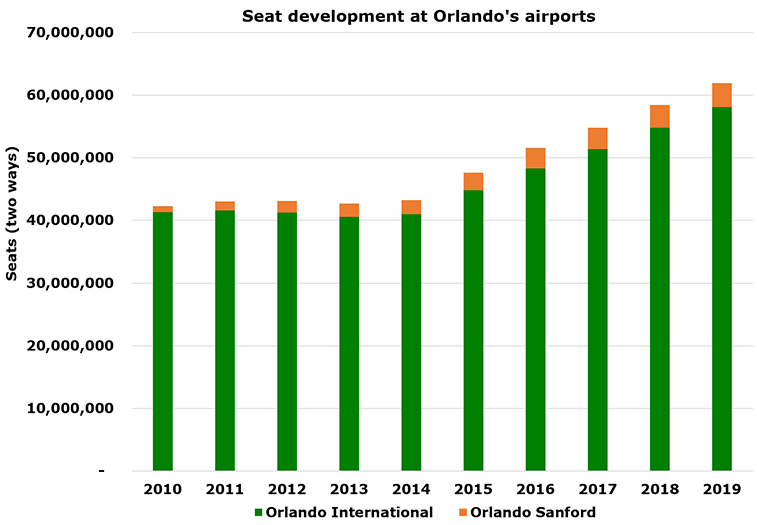