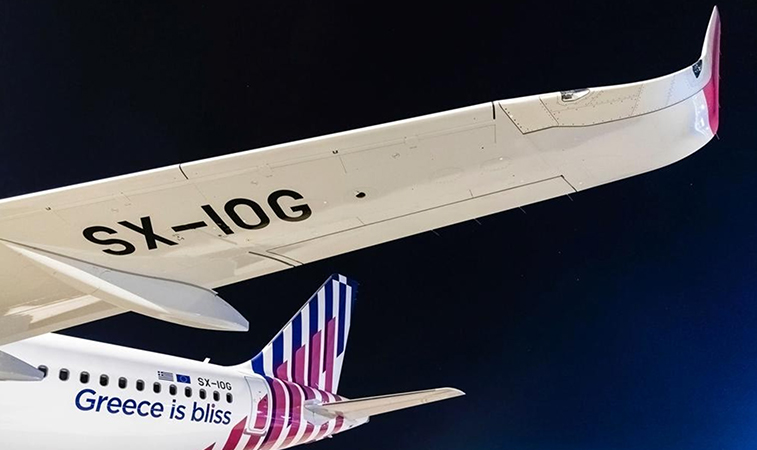 SKY express’ first A320neo is now in service, with six to be operated. They’ll play a crucial role in the carrier’s development.

SKY express’ newly delivered A320neo – and the remaining five that’ll be coming soon – will play a crucial role in the development of the company.

SKY express’ A320s will change the carrier’s development by scale while cementing and expanding its domestic network.  It’ll focus more than ever on core intra-Greece routes, with new routes from Athens to Thessaloniki and Rhodes and more.

Is the airline’s move into trunk domestic routes and international operations with A320neos an inevitable extension of its strategy?  Vote at the end of the article!

Athens to Thessaloniki – a new route for SKY express – was the airline’s first scheduled A320 route.  While it took off, as expected, on 14 December, it’ll initially operate once-daily versus the planned multi-daily, before ramping up in the coming weeks.

SKY express operated multiple ‘special’ flights before the 14 December. Athens – Heraklion was the initial route, with two return trips on both 8 and 9 December.  It then had one flight to each of Heraklion, Chania, and Mytilene two days later, with Corfu and Kos following later in the week.

Come the first week of S21, OAG data shows that the carrier’s A320neo network is scheduled to comprise 33 weekly flights each way from Athens to Thessaloniki, 21 to Larnaca (starting 22 February), and 20 to Rhodes (starting 31 March).

In addition, there will be a once-daily Thessaloniki to Heraklion service – another new route for the carrier (starting 6 January). 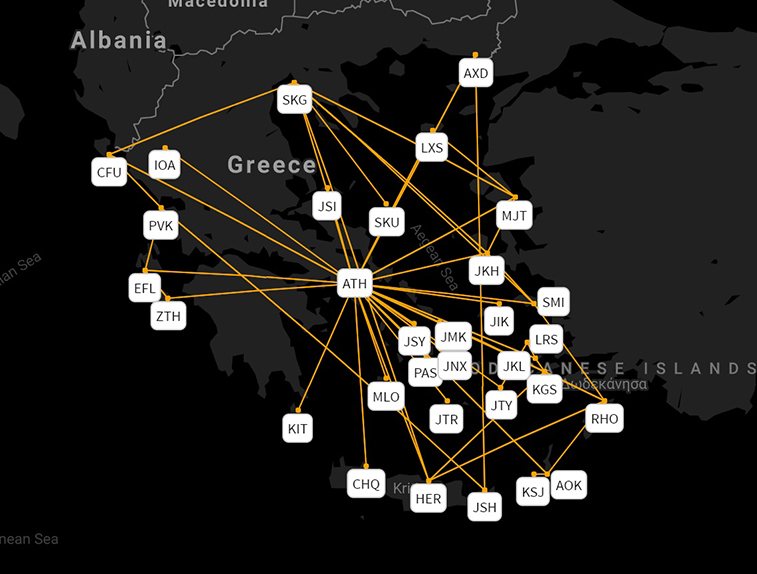 The airline’s domestic network in the first week of S21. It has now announced its first four international routes: two from both Athens and Heraklion. Source: OAG Mapper.

SKY express has revealed its first four international routes – all to be operated by its A320neos.

Athens to Larnaca will be the first to begin and will have an initial 14-weekly service.  This later increases to 21-weekly.

Although likely to change, Athens – Larnaca is currently estimated to have 926,000 seats in 2021, one of the lowest volumes in the past decade and down from a high of over 1.3 million in 2018.

Wizz Air began Dortmund – Heraklion on a three-weekly basis in August 2020.  It was one of multiple new routes from its new base at the German airport.  However, it appears that the route no longer operates, and it is not bookable for S21, so the gap that SKY express will fill.