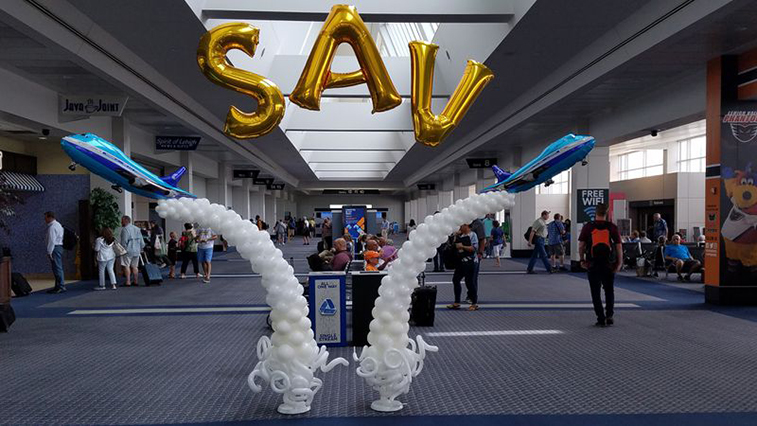 Savannah has grown very strongly in recent years and W20 will have eight routes that weren’t operated in W19. Yet the airport is still woefully underserved by non-stops.

We previously showed that, of the US’ top-100 airports, Savannah was the ninth fast-growing on a percentage basis.

Savannah’s strong growth since 2015 was primarily from American Airlines’ expansion.  Its seats passed 1.1 million last year, OAG data shows, up by over 452,000 since 2016 – the year after the integration with US Airways.

Allegiant ended 2019 by being Savannah’s fourth-largest carrier after Delta, American, and United. 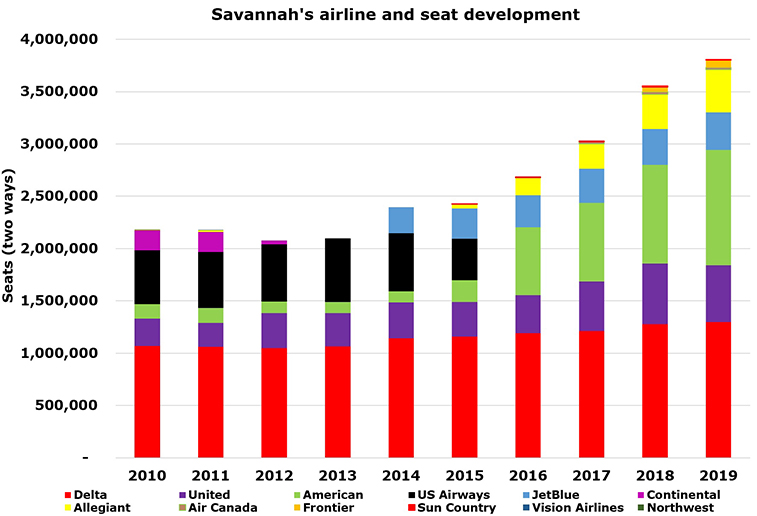 This winter, Savannah will have eight routes that were not operated in W19.

Some have already started: Allegiant to Houston Hobby (began June 2020) and Chicago Midway (May 2020), together with United to Denver (start of S20).

Because these routes involve a number of Southwest’s core connecting airports, they will, of course, facilitate connections system-wide.

Southwest will have 42 weekly flights each way: 14-weekly to Baltimore and seven each to the remaining four destinations.

It again shows the importance of leisure routes in the current environment.  As Southwest recently said, its new routes currently need to just exceed cash costs and that the marginal cost of adding a new route is presently minimal. 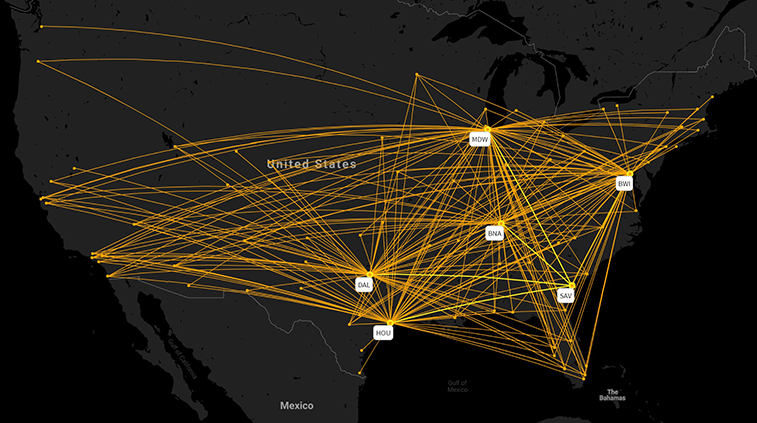 Savannah is woefully underserved by non-stops

In 2019, over half of Savannah’s domestic demand was catered for indirectly, a pre-stimulated market of over 1.4 million. This is based on booking data obtained through OAG Traffic Analyser.

Key unserved markets – before stimulation – within ~1,000 miles include:

With stimulation, the above could potentially be served between two- and three-weekly.  Perhaps Savannah, and the possibility of multiple markets, will appeal to Breeze.  Or perhaps it’ll be attracted to Hilton Head with its extended runway and terminal.

Do you think Breeze will serve Savannah in the next three years?  Vote at the bottom of the article! 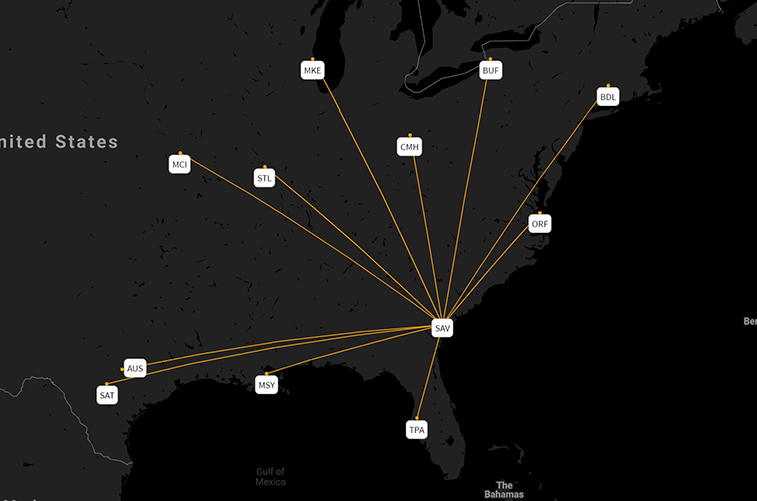 Come the week starting 4 January, Savannah will have 14 routes, down from 20 YOY.  While Denver has been added, seven others won’t operate.

This is mainly from Allegiant’s network shrinking from seven to three YOY: Cleveland, Columbus Rickenbacker, Grand Rapids, and Pittsburgh will all return later in 2021.

Meanwhile, Detroit, New York La Guardia, and Washington National all won’t be served YOY.  The last two had 30 flights in the same week in 2020.  All three will return in March.

Despite the prevalence of Atlanta, American will be Savannah’s top airline this week, with 77 flights – 20 more than Delta and 40 more than United.

This is because American will have five routes (Charlotte, Dallas, Philadelphia, Miami, and Chicago O’Hare) against two for Delta (Atlanta and JFK). 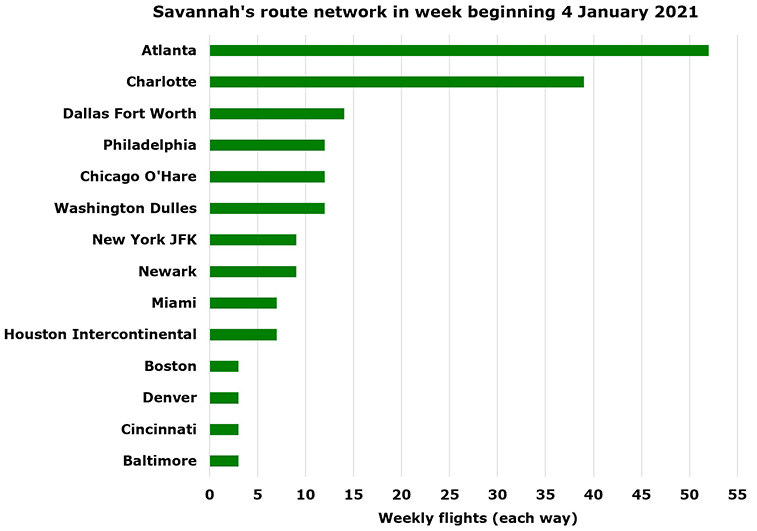