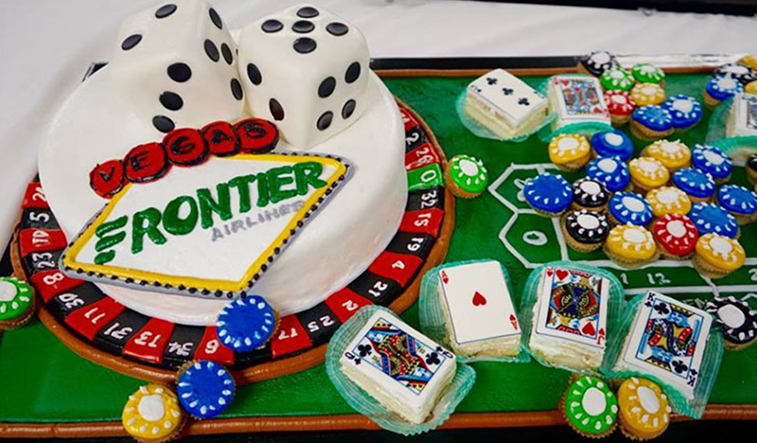 Frontier will have 44 routes from Las Vegas in the last week of W20, up from 37 YOY.

These six routes will be joined by already-announced Islip (from 18 March) and Oakland (5 February).

El Paso, Oklahoma City, and Wichita will have direct competition with both Southwest and Allegiant.

Yet the reason for Frontier’s entry on these three – making a third airline on each – seems clear: the big reduction in frequency and capacity by Southwest, creating a clear opportunity for a low-frequency operation.

When Frontier begins, and excluding its own services, El Paso will have 10 weekly flights, down from 17 YOY; Oklahoma City: 10, down from 16; and Wichita: three, from nine.

Little Rock, served only by Southwest, is down significantly too: just once-weekly versus seven this year.

In all, these four domestic routes are down by 25 weekly flights, and 51%, YOY.

In the last week of winter 2020, starting 21 March, Frontier’s ‘Sin City’ network will comprise 44 destinations, up from 37 YOY.

It lost Madison (WI) and Norfolk (VA), but it gained Islip, Oakland, and Ontario – together with the six routes announced here.

Of its 44 routes, it’ll have direct competition on all but four: Islip; Los Cabos; Puerto Vallarta; and Raleigh Durham.  Southwest will resume Raleigh later in 2021.

The carrier will now be the fourth-largest at Las Vegas by flights this winter, behind Southwest, Spirit, and Delta, but ahead of United, American, and Allegiant.

With 28 weekly, Denver will be by far the ULCC’s top route, with twice as many as Salt Lake City, San Jose, and San Francisco.  Flights to these three have doubled YOY, while Denver is down by just one weekly.

San Antonio, Milwaukee, and Nashville will each have three weekly apiece, while Ontario, Omaha, Oakland, Indianapolis, and Spokane will be four-weekly. 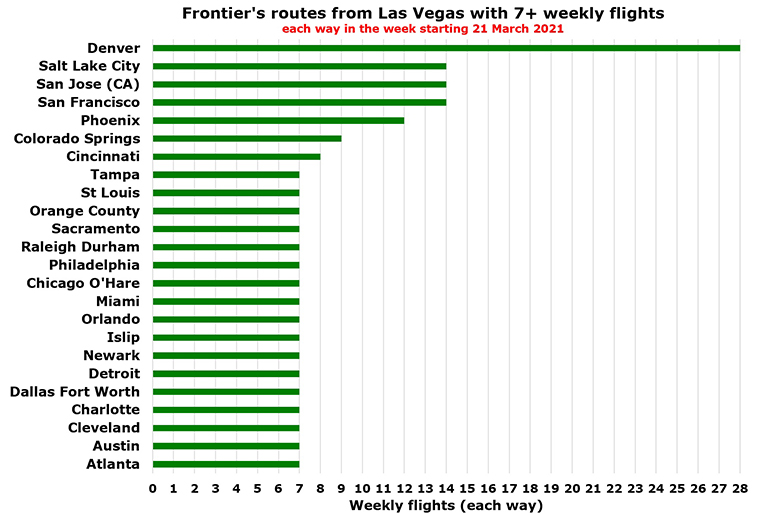