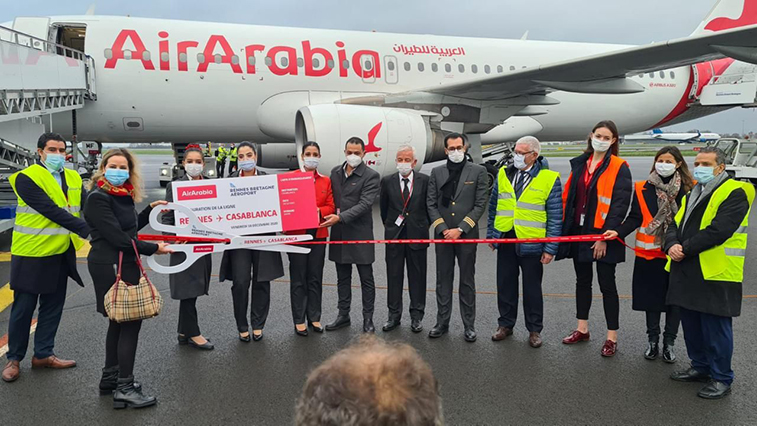 This is the only route from Rennes to North Africa and it is the only such route in the past decade.

This winter, Air Arabia Maroc has 14 routes from Morocco to France involving seven French and five Moroccan airports.  Marrakesh – Pau was operated in W19 but is not this winter.

Air Arabia Maroc will have very marginally more total seats to/from France in W20 than in W19 (+0.28%!).  But given coronavirus, we’ll take it! 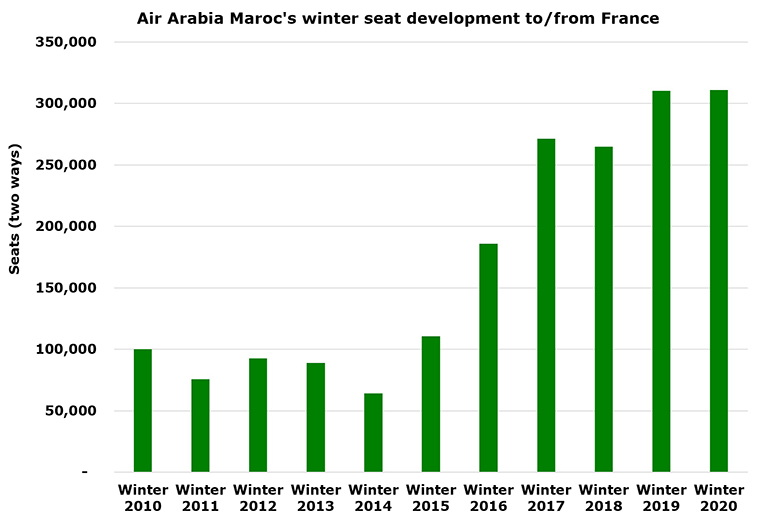 It might not look like it, but Air Arabia Maroc’s W20 seats between Morocco and France are up YOY.