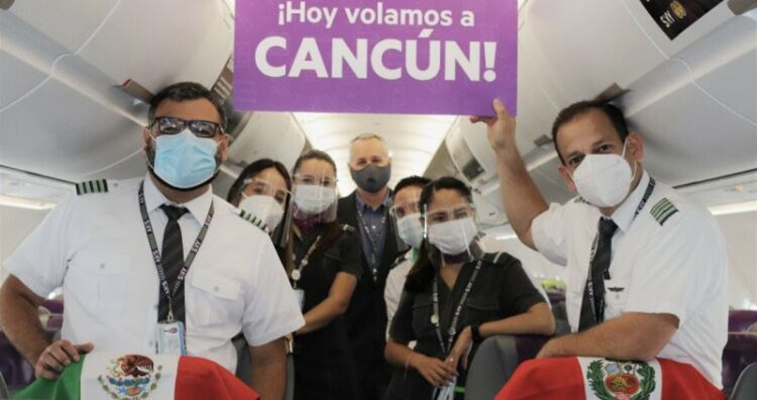 SKY Airline will be one of two airlines to offer Lima – Cancun non-stop in 2021. In 2019, three carriers served it.

The carrier’s offering is in direct competition with LATAM Peru, which serves the route daily using A320ceos.

In 2019, Lima – Cancun had just over 475,000 two-way seats, OAG schedules data shows.  This was its highest-ever year with three carriers – LATAM, Avianca Peru, and Interjet – all serving it.

Avianca Peru ceased operating in May 2020, while Interjet ended the route in March 2020.  So the gap that SKY saw and acted upon.