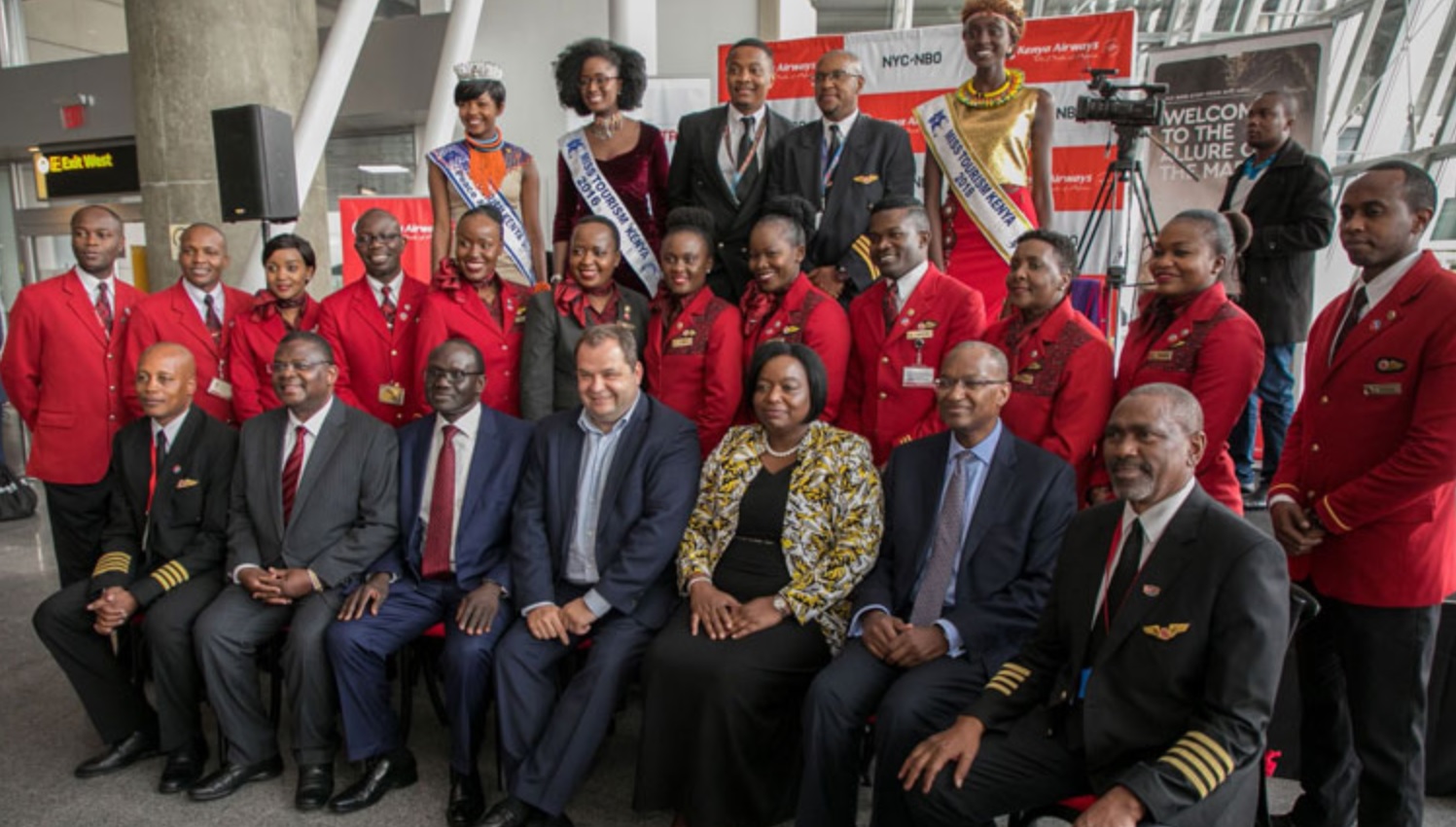 Nairobi is one of New York JFK’s destinations operating this winter. It started in 2018 and is currently served twice-weekly by Kenya Airways using B787-8s.

New York JFK has 48 long-haul destinations this winter, both non-stop and one-stop.

Fairly or not, ‘long-haul’ here refers to 5,000 kilometres or more, or roughly six hours or so of flying.

All but one of these 48 are international, with the sole exception – not surprisingly – being Honolulu at 8,020 kilometres.  Hawaiian Airlines operates it three-weekly until 13 March, when it reverts to once-daily.

These 48 routes are down by nearly one-third YOY, with 70 operated in W19, OAG shows. The largest routes by seat capacity not operating this winter include London Gatwick, Mumbai, Brussels, and Beijing.

China has been especially hard-hit.  Only Shanghai Pudong has operated in passenger form this winter, down from seven destinations – including Beijing, Guangzhou, and Fuzhou – in W19.

All being well, many routes will return at the start of S21 or very close to it.  These include Brussels, Kuwait, Riyadh, Helsinki, and Kyiv Boryspil.

Read more: while it isn’t operating as planned, Ukraine International was to operate Kyiv – Keflavik – JFK all winter using B737-900ERs. 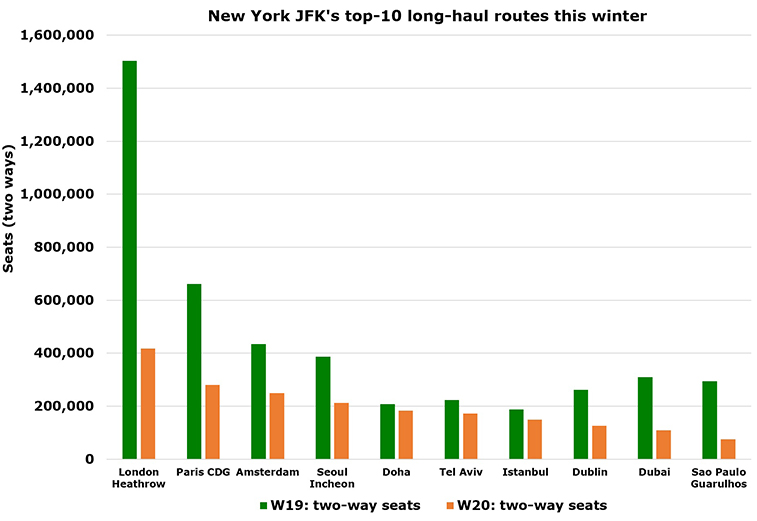 Despite Heathrow’s capacity being down by over 72% YOY, it is still JFK’s number-one long-haul destination.  This shouldn’t be surprising and it currently has 36 weekly flights each way.

At the other extreme is Paris Orly, with Air France slipping in with one B777-200ER round-trip on the last day of winter.

While American is still second-placed, Qatar Airways, Air France, and KLM displace Norwegian (all AOCs), BA, and Emirates for the remaining top-five spots. Qatar Airways is operating a twice-daily service.