Air Senegal announces Lyon – where could be next?

When Marseille was launched in December 2019, it operated triangularly with Barcelona using A330-900s.

The pair then operated on a standalone basis, which will inevitably and sensibly happen with Lyon too when additional aircraft arrive and demand picks up.

Air Senegal to begin Milan too

Air Senegal’s Lyon announcement comes a few weeks after a three-weekly Milan Malpensa service was revealed.  This will start on 17 February and also use A321s.

This necessarily means connectivity to/from Europe has reduced and so the potential connecting demand.

Read more: Air Senegal moves away from just P2P to focus on connectivity too.

GREEN = served, announced, or postponed by Air Senegal excluding Paris CDG, which is obviously overwhelmingly number-one. The presentation of this would affect the figure. RED = unserved or unannounced by Air Senegal. Note that this includes all approximate demand, including any non-stop traffic, with a minimum of 30,000 passengers. Source: booking data obtained from OAG Traffic Analyser.

Where could be next in Europe for Air Senegal?

Based on the above figure, the network carrier now serves – or has previously served/announced and which are likely to materialise – seven of the top-10 markets, including Paris CDG.

Most have strong P2P demand, which is good given it is typically higher-yielding than supplementary connecting traffic.

London Stansted and Geneva were both announced but postponed.  It is likely that they’ll start in the next year or so, although Geneva and Lyon are both quite close together.

However, the launch of London is probably only really likely if Abuja, Accra, and Lagos return and perhaps if Freetown is launched.  All are Anglophile and key for demand, albeit pushing connecting traffic to a much greater degree from an already high level.

Of the remaining top-10 destinations, Brussels, Madrid, and Rome are likely in the future, subject to yield analysis.

Like Paris CDG and Barcelona, Brussels and Madrid would both have direct competition.  Brussels Airlines operates six-weekly to Dakar (daily from S21), while Iberia serves the Senegalese capital four-weekly from Madrid (daily from S21).

Toulouse and Bordeaux are strong contenders in France. And like Rome, they have no non-stop service to Dakar or beyond. 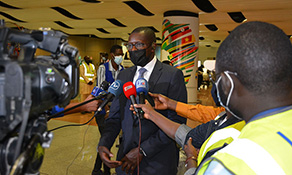 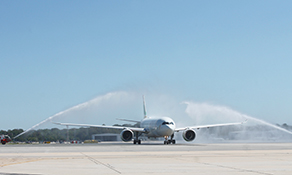 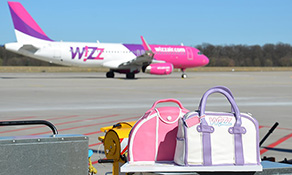