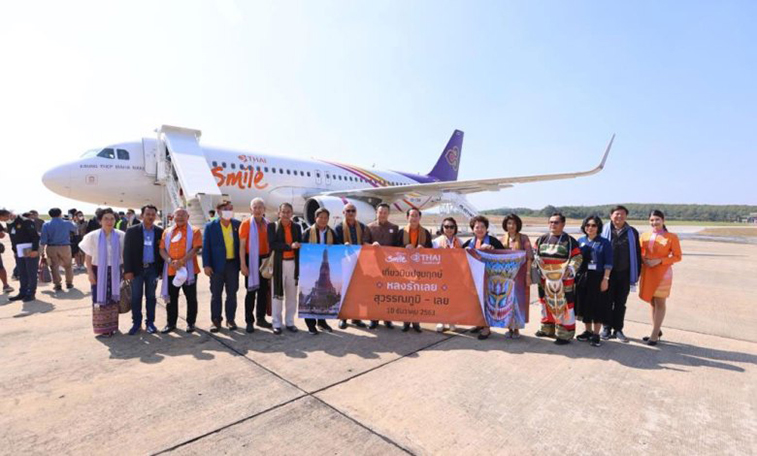 Meanwhile, the carrier’s parent, Thai Airways, has just 20 flights, its website shows.  This is down by 99%.  It has regularly cut its schedule because of the country’s borders effectively being closed to international travel.

Thai Airways has now also cut all domestic routes for 2021, although this may well change later in the year as vaccines are rolled out and things begin to return to normality.

Thai Smile is now the only domestic operator of the two carriers.

Indeed, its domestic route network has grown YOY: from 11 to 14 routes.  Bangkok Suvarnabhumi to Loei, Nakhon Phanom, Nakhon Si Thammarat, and Nan were all introduced in late 2020, although Chiang Mai to Phuket, which was served daily, is no more. 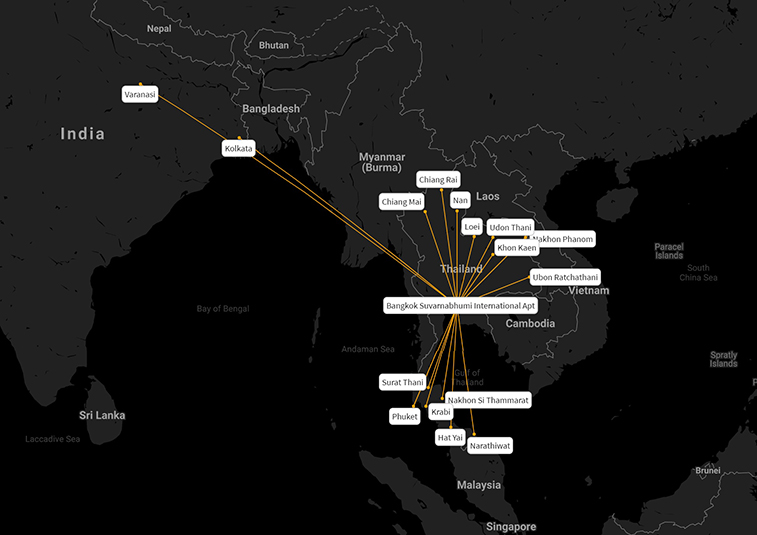 Despite its domestic route network growing, Thai Smile’s bookable domestic flights total 410 this week, its booking engine shows.  This is down by 17% from 494 YOY.

Its top route in this 2021 week is Suvarnabhumi to Chiang Mai, with 37 bookable flights each way (up from 35 YOY).

It displaced Suvarnabhumi to Khon Kaen, which was Thai Smile’s top route but on which flights have fallen by two-thirds.  It now has a double-daily offering.

Various other routes have seen marginal increases in flights, including Suvarnabhumi to Phuket, Krabi, and the far southern city of Narathiwat.

The effect of Thailand’s closure to almost everyone has seen Thai Smile’s international network reduce from 21 routes to just two: Suvarnabhumi to both Kolkata (five-weekly) and Varanasi (three-weekly).  Interestingly, both remain at pre-pandemic levels. 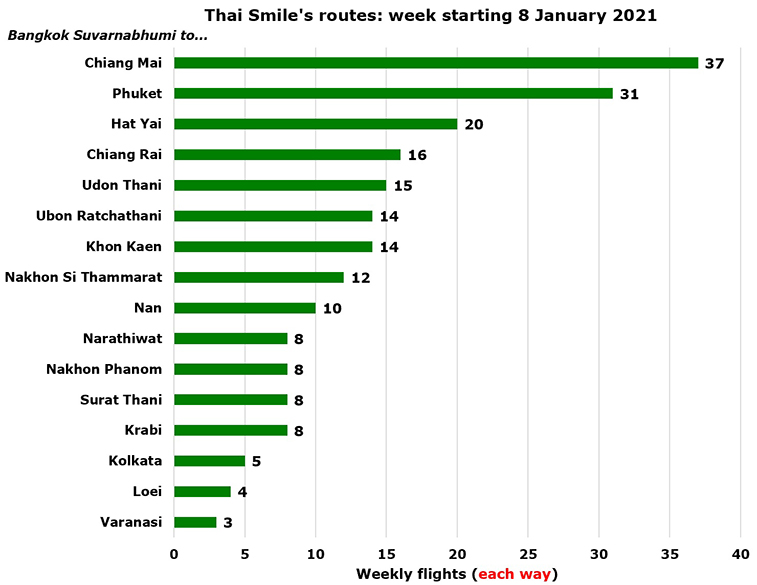