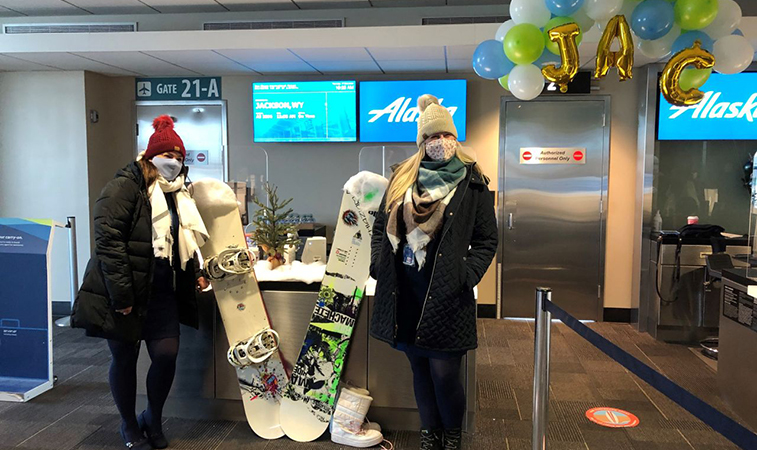 Charlotte, San Diego, and San Jose were all introduced in December 2020:

Alaska is a new airline at Jackson this winter. Along with its two new routes, both previously unserved, it also launched Seattle.  This is currently four-weekly and increases by one come February.

The carrier’s service to Seattle follows Delta ending it; it operated it from 2013 to 2020.  It was served once-weekly using Embraer 175s; Alaska’s frequency increase is therefore notable.

These new routes – and crucially multiple capacity increases on existing routes – pushed Jackson’s seats up by 27% YOY to 562,000.

It shows the importance, even during coronavirus, of leisure destinations. 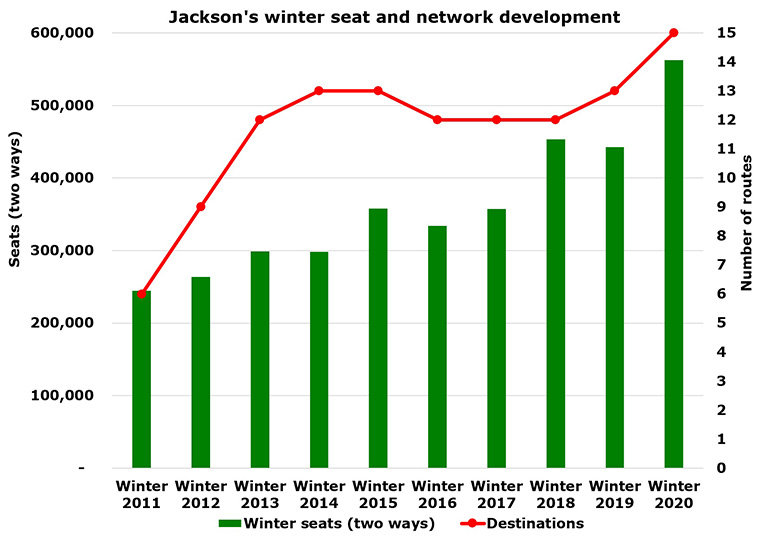 Jackson added three routes and a new airline in winter 2020. This, and capacity growth on existing routes, explains its big increase in capacity in winter 2020. Source: OAG Schedules Analyser.

Over half of Jackson’s existing routes up 20%+ YOY

Salt Lake City, by far Jackson’s top route, cemented its lead over Denver.  The pair have fought it out over the years; some winters Denver had the top spot, others not.

Salt Lake City, 329 kilometres away, now has one-quarter of Jackson’s seats – but that, like Denver’s, is also down YOY.

In absolute terms, American’s Dallas service added 40,000 seats, pushing this route to Jackson’s third-largest.  It almost doubled the frequency, and is now twice-daily, all by A319s. 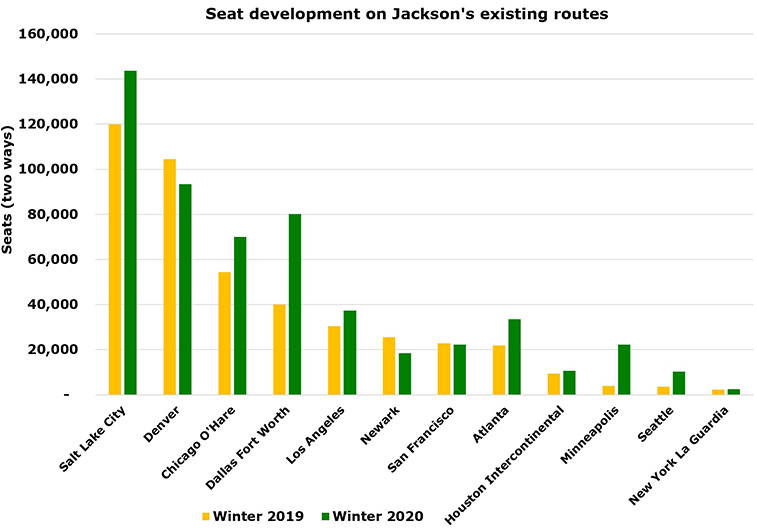