Jet2 reveals four new routes from Edinburgh, its eighth-largest base 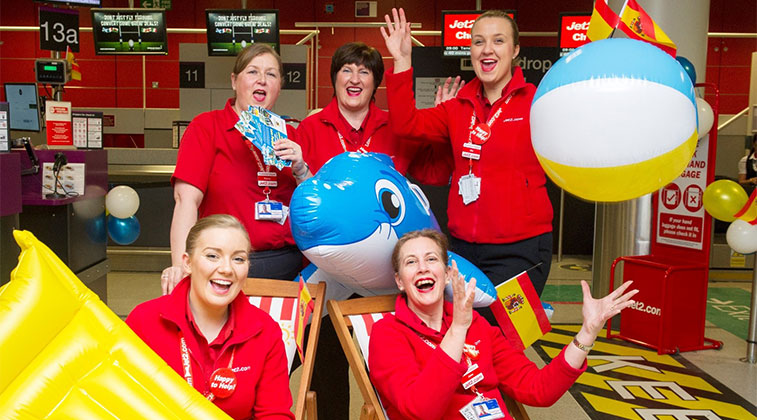 Jet2 will begin Izmir, Preveza, Skiathos, and Santorini from Edinburgh in summer 2022, while Naples and Thessaloniki will return after a two-to-three year absence. When the four Greek routes are operating, the carrier will operate nine routes from Edinburgh to the country, down only one versus Spain.

Jet2 has announced four new routes from its Edinburgh base: Izmir; Preveza; Skiathos; and Santorini.  All are new destinations from the Scottish capital.

Each route will operate once-weekly from the end of May 2022.

Two routes will also return for Jet2 from Edinburgh.  Naples (last served in July 2020) and Thessaloniki (September 2019) will come back in May 2022.

The addition of Preveza, Skiathos, Santorini, and Thessaloniki will bring to nine Jet2’s Greek routes from Edinburgh.  Just one behind Spain.

Preveza, Skiathos, and Santorini were all due to be new destinations in the carrier’s network in 2020.  Come summer 2021, Skiathos will be served from seven of Jet2’s UK bases, Santorini six, and Preveza four.

Read more: all four new routes will also be served from Jet2’s new base at Bristol.

In summer 2021, Jet2 is scheduled to have almost 666,000 two-way seats at Edinburgh.  This will make it the airport’s fourth-largest operator after easyJet, Ryanair, and British Airways, OAG data shows.

Of Jet2’s 10 UK bases, Edinburgh will be its eighth-largest, ahead of Bristol and Belfast International but behind Glasgow.

Manchester will be overwhelmingly top, with over a million more seats than second-ranked Birmingham.

Jet2 will have 29 routes from Edinburgh this summer.  Palma will be top with 10% of its total seats.

Spain will have just over half of Jet2’s seats from the Scottish capital, nearly four times more than second-placed Turkey.

Creeping into the crucial summer season, albeit not for long, are Salzburg, Keflavik, and Geneva.  All end in early April. 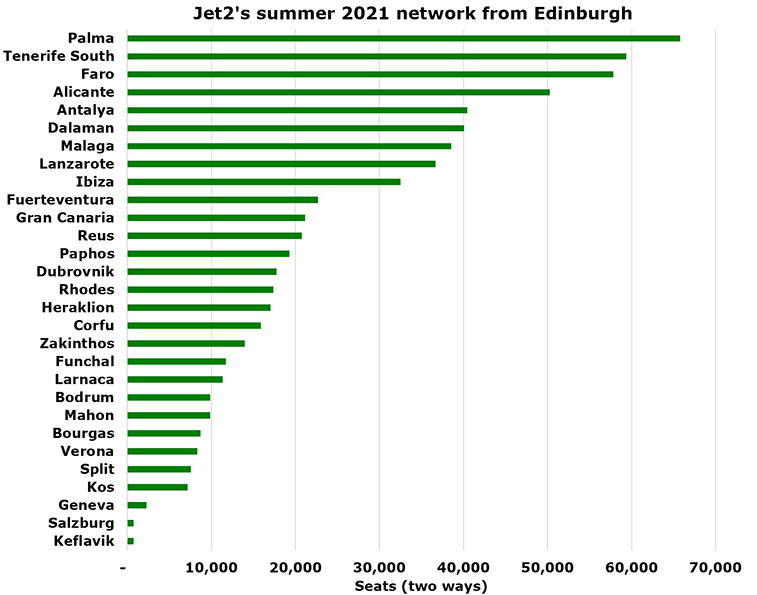 Of course, the development of coronavirus may impact what operates. Source: OAG Schedules Analyser.