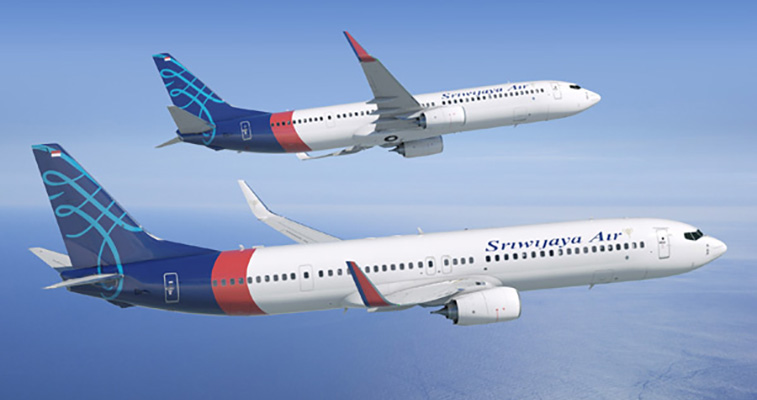 Indonesia’s Sriwijaya Air had almost 16 million seats in pre-coronavirus 2019.  It had 97 routes in 2019 and planned to operate 95 this winter.

The unthinkably awful event of 9 January has thrust Indonesia’s Sriwijaya Air into the spotlight.

The carrier had just 26,000 seats short of 16 million in pre-coronavirus 2019, OAG data reveals, meaning it was Indonesia’s fifth-largest airline.

Sriwijaya Air’s growth was clearly from 2017 onwards.  In the preceding years, the airline used the time to cut its network and more to focus on achieving and sustaining a stronger financial position to build on.

This was reportedly achieved, and it accounts for its fast growth in 2017: up by 3.2 million seats, or one-third, year-on-year.  This was driven by the Sriwijaya Group delivering 12 aircraft in 2016. 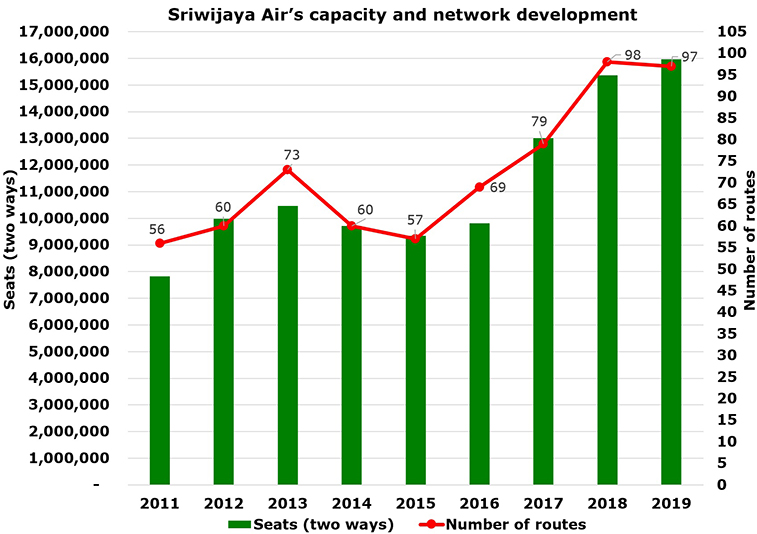 The year 2018 was when Sriwijaya Air’s international operations ramped up significantly to almost 800,000 seats.  However, this was still less than 5% of its total capacity.

In 2019, the airline had 21 international routes, led by Dili (East Timor) to Denpasar, Medan -to Penang, and Denpasar to Nanjing, Hangzhou, and Guangzhou.

Indeed, 14 of its 21 international routes were from Denpasar, the Bali island airport, and all but one was to China.

Yet Sriwijaya Air is – and will always remain – primarily a domestic operator.  It revolves around three core airports which together had 87% of its seats: Jakarta (49%); Makassar (25%); and Surabaya (13%).

Jakarta to Makassar, Bandar Lampung, Pontianak, Tanjung Pandan, and Surabaya were its top-five routes, each with more than half-a-million seats.

As Indonesia is increasingly hit by coronavirus, with the period from December seeing cases double, Sriwijaya Air’s operational network has reduced greatly. But it is still operating.

It had expected to operate 95 routes this winter, up by 11 YOY. 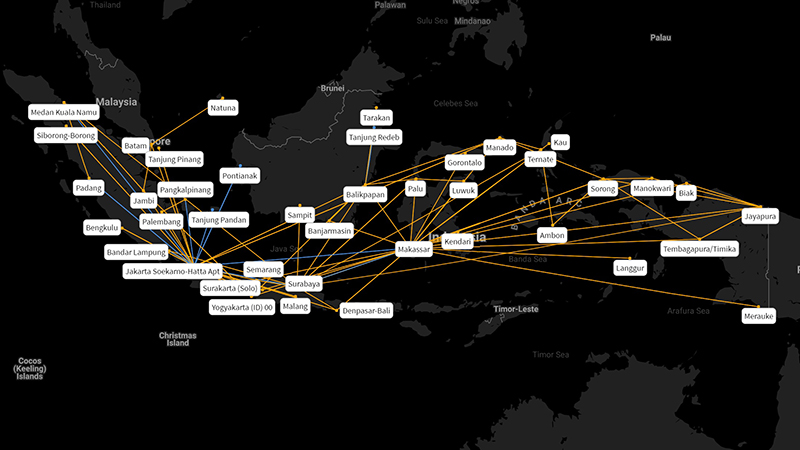 This was Sriwijaya Air’s scheduled route network this winter, but not all are currently operating because of coronavirus. Blue = Sriwijaya Air’s planned top-10 markets by total seats this season. Sources: OAG Schedules Analyser and OAG Mapper.