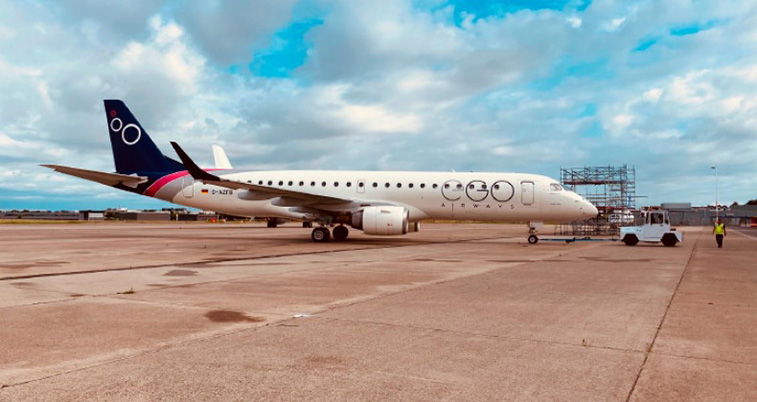 Nine of EGO Airways’ routes will start at the end of March. Of its 11 initial routes, only one will have direct competition.

Italy’s EGO Airways has announced its initial 11 routes, with its first – Catania to Florence – taking off on 25 March.

Contrary to what other publications say, all of its routes – bar two – begin in late March.

EGO Airways’ network, all now bookable, comprises nine Italian airports with a total of 88 weekly flights each way when each route begins.

A third aircraft will be based at Milan Bergamo to operate to Rome Fiumicino from June, with this route scheduled for capital-bound day trips. Expect more route announcements for Bergamo.

EGO Airways has clearly found a niche, with all but one of its routes having direct competition – although often formidable competition indirectly.

Bari – Florence, for example, had pre-stimulated demand of 14,000 in 2019, booking data from OAG Traffic Analyser shows; a strong base to build on. And despite Vueling non-stop, Florence – Catania saw over 20,000 fly indirectly via Rome.

Will EGO Airways be able to attract sufficient premiums in return for a more ‘local’ offering – Parma, for example, rather than travelling to Milan or Bologna, Forli rather than Bologna – and a better-quality product?  Albeit often sub-daily.

Four of EGO Airways routes served in past decade

Four of EGO Airways’ 10 routes without direct competition have been served in the past decade: 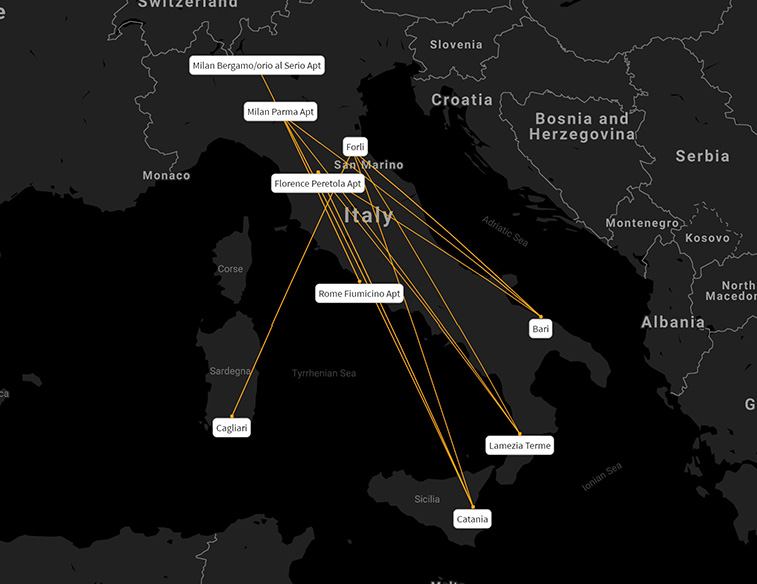