Tampa welcomes back Copa from Panama City; daily from end May 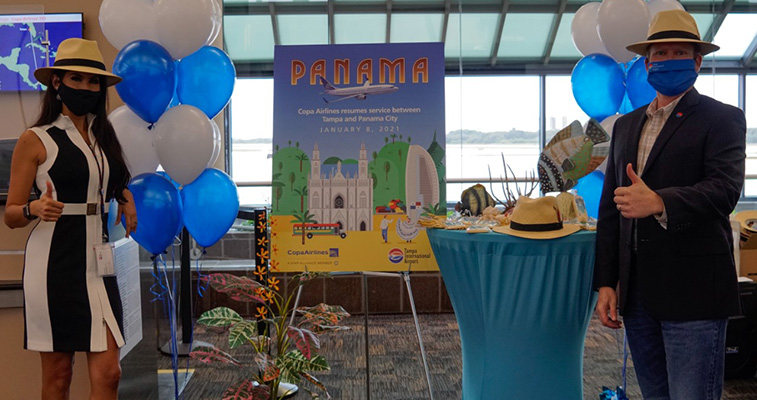 Verica Cintron, VP of Communications, and Chris Minner, EVP of Marketing and Real Estate, both at Tampa Airport, celebrate the return of Copa. While initially operating twice-weekly, it’ll increase to daily from the end of May.

Tampa Airport welcomed back Copa from Panama City on 8 January after a period of eight months.

This carrier is currently operating the route twice-weekly using B737-800s, but it’ll return to once-daily from the end of May. Pre-coronavirus, both B737-700s and -800s were scheduled, OAG data shows.

Copa is the only carrier on the route, which began in 2013.  In pre-coronavirus 2019, the airline had almost 73,000 seats on it.  Frequency varied from three-weekly to seven.

Of course, this route revolves around connectivity over Panama City.  Booking data obtained via OAG Traffic Analyser shows that around 78% of passengers transited.  Colombia was by far the single-largest country market, with over twice as many passengers as second-placed Ecuador. 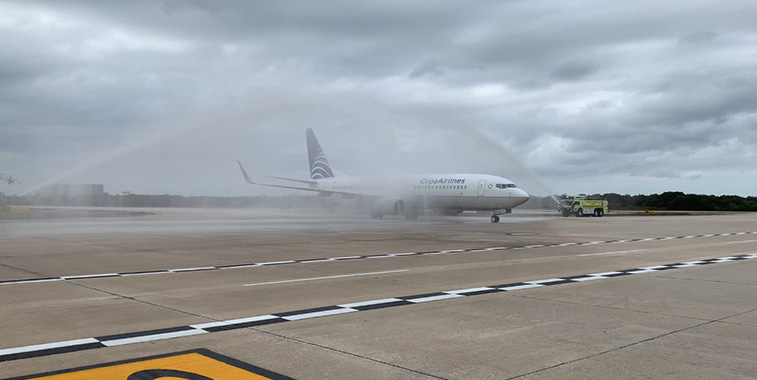 Around 78% of Copa’s Tampa passengers in 2019 connected over Panama City.