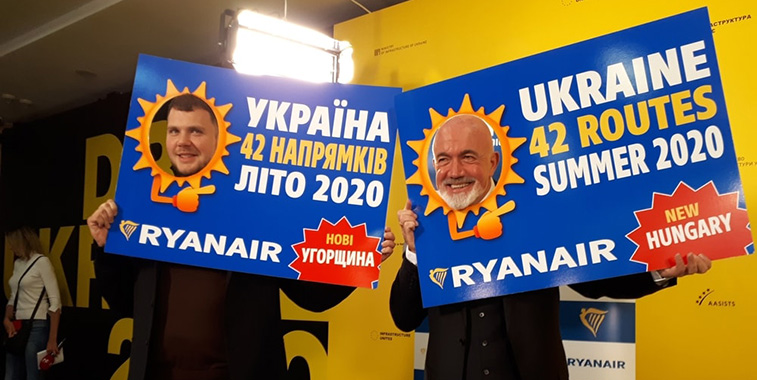 anna.aero has looked at over 400 individual routes and all are currently bookable at the specified frequencies in a randomly chosen week (coincidentally containing the author’s birthday).

Of course, the picture is continually moving.  Further lockdowns, border closures, and quarantines – and an insufficiently fast rollout of vaccinations – may scupper its plans.  But it is, on the face of it, positive.

Ryanair will serve 214 airports this coming summer, OAG data shows, down from 225 in S19.

Vienna is a new in its top-10 and is the result of Ryanair replacing Lauda.  The Irish ULCC will have 75 routes from the Austrian capital, with Palma by far the top with three-quarter more seats than second-placed Milan Malpensa.  Charleroi, Stansted, Rome Fiumicino, and Tel Aviv each have 70,000+ seats.

Almost all of its top-10 airports have seen a reduction in capacity. Palma, meanwhile, jumped from five place in S19 to fourth, with seats up by 10% as its network grew from 58 to 69. This was also from a shift from Lauda to Ryanair.

Ryanair’s core routes remain broadly the same.  At the other extreme, both Corfu – Wroclaw and Faro – Wroclaw will each have fewer than 5,000 seats from a once-weekly, June-August service. 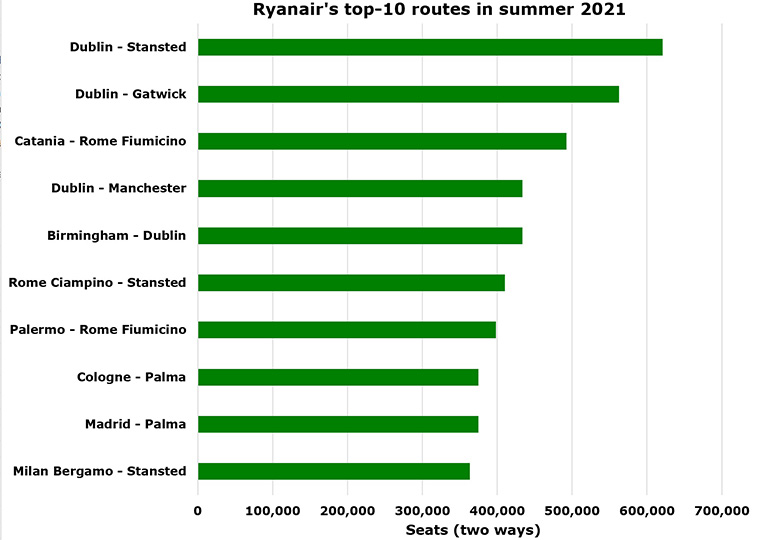 Milan Bergamo to Stansted appears this summer, kicking out Palma – Barcelona which was eighth in S19 with 368,000 seats.  Source: OAG Schedules Analyser.

95% of Ryanair seats to touch UK, Spain, and Italy

The UK is expected to be Ryanair’s top country this summer, with approximately 29.6 million two-way seats, only slightly ahead of Spain and less than two million more than Italy.

The UK, Spain, and Italy are utterly fundamental to Ryanair, with 95% of its seats touching these countries – up from 78% in S19 – across 734 routes.

Indeed, domestic Italy will now be only very marginally behind the ULCC’s top country-market, the UK to Spain.

Due to bilaterals, Turkey will be Ryanair’s least-served country, with just 23,400 seats and one route: Dublin to Bodrum twice-weekly.  A second, Dublin to Dalaman, isn’t presently scheduled or available for booking. 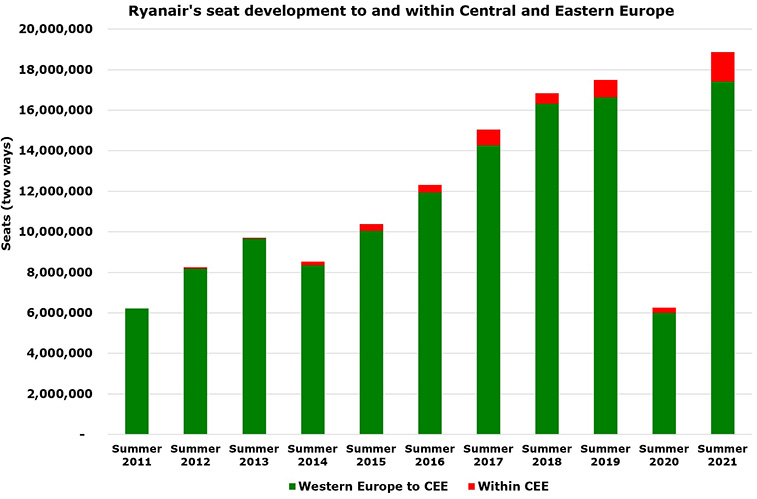 Various countries in CEE have grown strongly.  Ukraine, for example, is expected to have over 1.7 million Ryanair seats this coming summer, up by almost a million over S19. Poland is up by almost 1.4 million. Source: OAG Schedules Analyser.