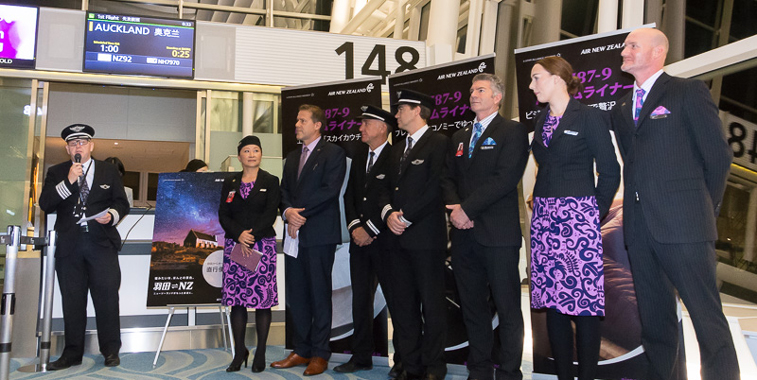 Air New Zealand has 49 bookable routes this week for a total of 2,261 two-way flights.

The number of routes is down by 41% versus the same week in 2020, while flights are almost one-third lower.

This is influenced by Air Zealand’s often reasonably high-frequency domestic market – presently a median of 23 weekly each way – now accounting for 40 of its 49 routes and 97% of its flights.

This is hardly surprising given New Zealand’s very proactive approach to coronavirus with strict border closures.

The carrier is also operating thrice-weekly flights between both Brisbane and Sydney to Norfolk Island. 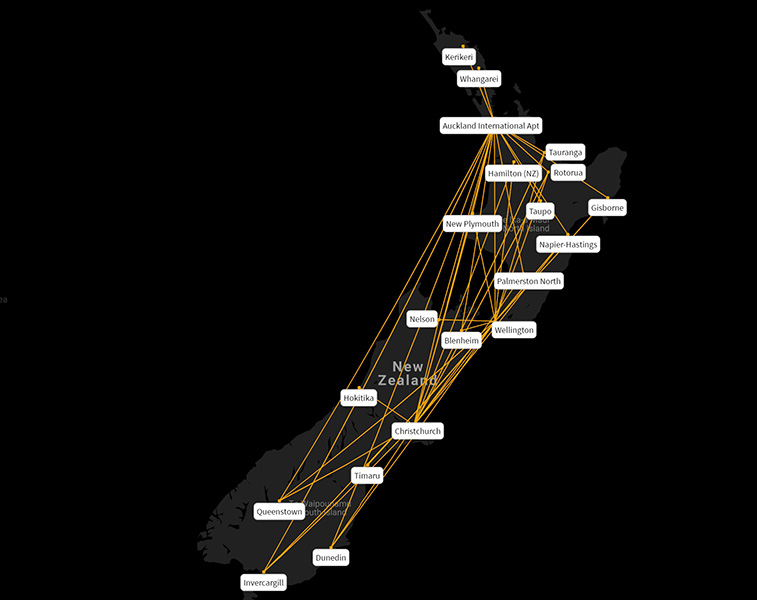 In the week starting 15 January 2021, Air New Zealand has 16 domestic routes from Auckland, 14 from Wellington 14, and 13 from Christchurch. Source: OAG Mapper.

At the other extreme, Auckland – Invercargill is four-weekly.  At 1,174 kilometres, it is Air New Zealand’s longest domestic route.

They’re operated by turboprops, which play a fundamental role for the carrier.  This week, they are used on 35 of its 40 domestic routes, whether on all flights or only some.

Props have 80% of its domestic flights, up from 71% YOY, split almost equally between Dash-8-300s and ATR-72s. Downsizing has been important to keep the airline’s network going.

Six of its top-10 routes are exclusively operated by turboprops, mainly from short runway lengths and of course distance and demand.  These include Auckland – Nelson, its fourth-busiest route.

Christchurch and Wellington have both temporarily become domestic-only and their share of Air New Zealand’s total flights have risen YOY because of cuts at Auckland and elsewhere. 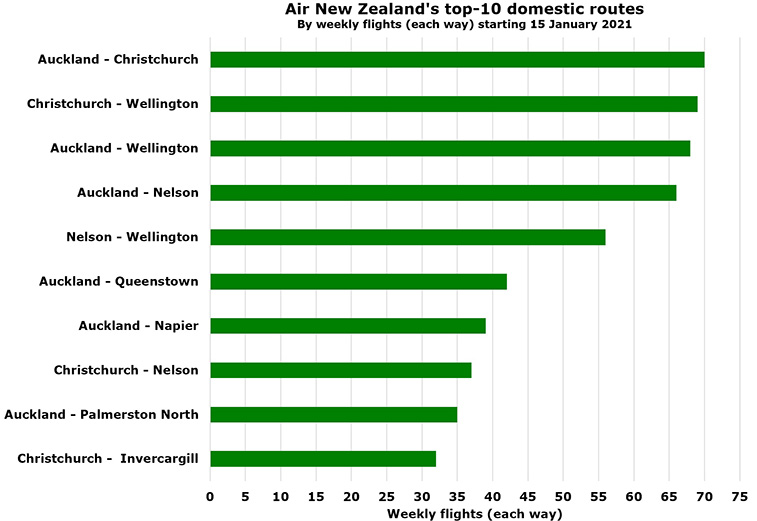 Turboprops are used exclusively on six of these top-10 routes and operate the vast majority of Christchurch – Wellington services. At the other extreme, the ATR-72 is used once-weekly on Wellington – Queenstown, increasing block time to two hours.