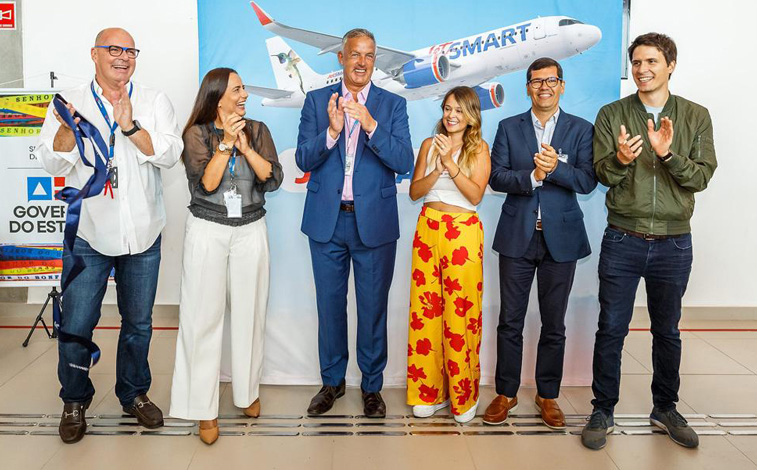 JetSMART began Santiago to Salvador Bahia in December 2019, with the market having round-trip P2P demand of 49,000 that year. It’s currently operating twice-weekly during the southern hemisphere summer.

The acquisition of Norwegian Air Argentina meant that Group-level seats exceeded 4.2 million in pre-coronavirus 2019, a phenomenal amount for what was a comparatively new operator.

In full-year 2021, Group seats are estimated to be down by just 5.7%, directly the result of its Argentinian subsidiary growing by 41% versus 2019 with more than 1.1 million seats.

Despite this, Chile remains core with 71% of Group capacity – but for how long? 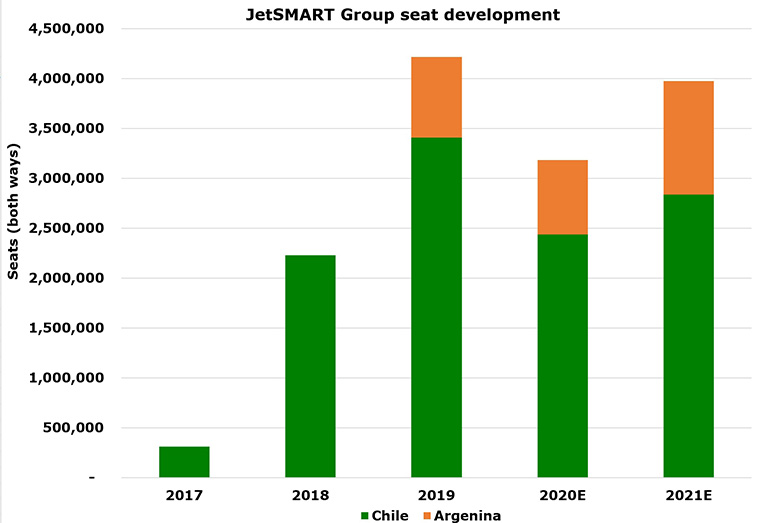 In 2019, total seats to, from, and within Chile – across all airlines – amounted to 32.7 million, up by nearly 4.8 million over 2017.  Growth in the country’s domestic market accounted for 89% of this, and clearly mostly by JetSMART. Source: OAG Schedules Analyser.

JetSMART Chile has 52 routes this summer

In the southern hemisphere summer, JetSMART Chile has 52 routes, of which 41 are domestic.

Its domestic market accounts for nearly nine in ten of its seats.

With almost three-quarters of its summer capacity, Santiago is unsurprisingly by far its top airport. Antofagasta, Concepcion, La Serena, and Calama round out its top-five airports.

Perhaps more eye-opening are its international routes not touching Santiago: Antofagasta to both Bogota and Cali, both currently once-weekly.

Before being served non-stop from December 2020, Antofagasta – Cali had round-trip P2P indirect traffic of just over 10,000. It was the Chilean airport’s second-largest unserved market, after Buenos Aires. 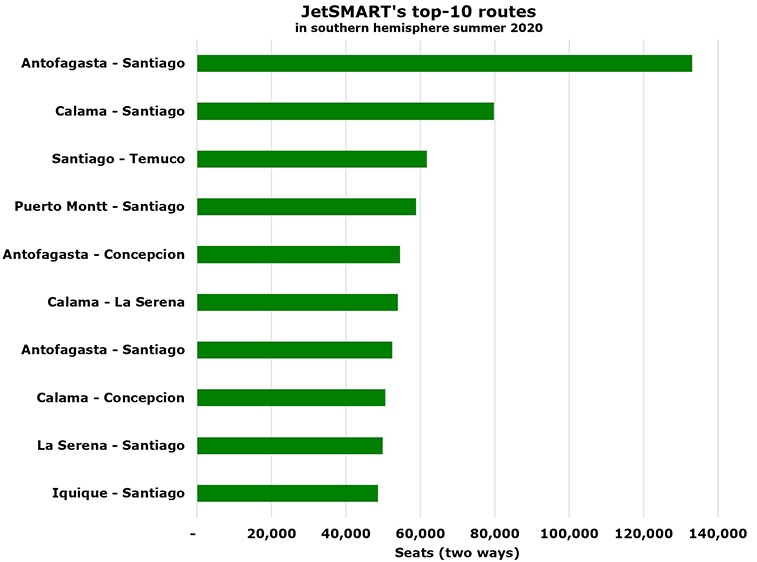