UK bans non-stops to Portugal; over 10 million seats in 2019 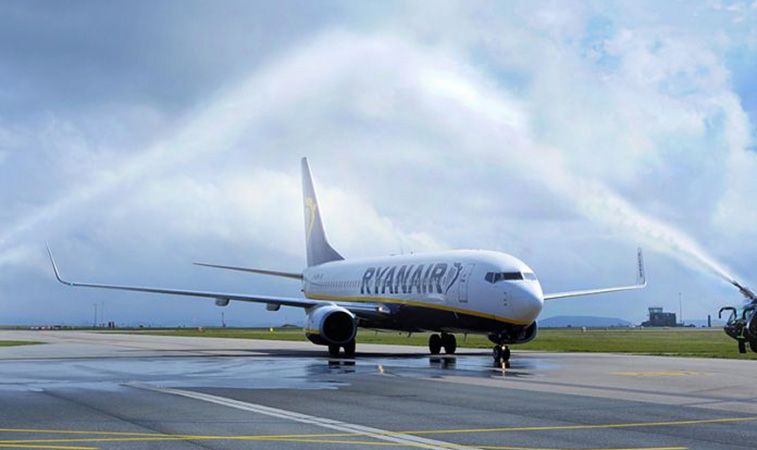 Ryanair launched Cornwall Airport Newquay to Faro at the end of March 2017.  This summer, it’ll return on a twice-weekly basis from 30 March.  Newquay will be one of 22 UK airports connected with Faro.

The country-pair saw capacity rise by 3.6 million since 2011, recording a CAGR of 5%.  Pretty decent growth from an already large base.

Three carriers – Ryanair, Jet2, and easyJet – added almost all of this capacity.  However, both TAP (+516,000 additional seats) and British Airways (393,000) grew well for network carriers.

The partial UK ban with Portugal – imposed on 15 January and prohibiting non-stop flights – is less harmful than it might otherwise have been given it has occurred in the second-lowest month of the year.  And also when people aren’t meant to be travelling anyway.

Of course, the UK ban is just temporary. However, it highlights once again the need for travel – when it is safe of course – and how important the abolition of the ‘no travel unless essential’ rule will be. 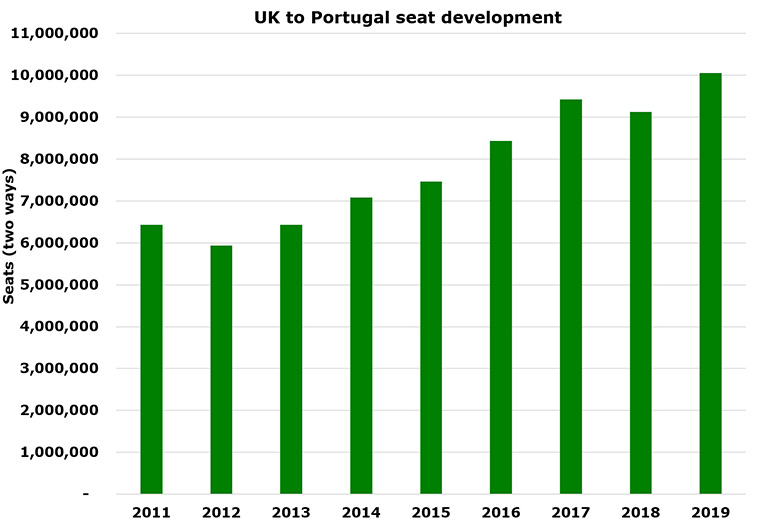 The loss of Monarch in 2017 – and with it over one million seats – explains the decline in 2018.  Multiple carriers increased capacity in 2018, but the backfill wasn’t enough. Source: OAG Schedules Analyser.

51 routes are scheduled to operate between the UK and Portugal this coming summer involving 22 UK and six Portuguese airports.  Unlike in summer 2019, Aberdeen, Belfast City, and Exeter have been lost; they won’t be connected with Faro.

New routes for the all-important season include Jet2 from Bristol to Faro and Funchal, Wizz Air from Cardiff and Doncaster to Faro, and BA CityFlyer from Southampton to Faro.

Additionally, Jet2 will be a new carrier to Lisbon with service from both Birmingham and Manchester.  The routes start in September and will be twice-weekly.

Jet2 will be the third-largest between the two countries, with almost 900,000 seats across 21 routes, behind easyJet (first) and Ryanair.  It’s only just marginally ahead of TAP. 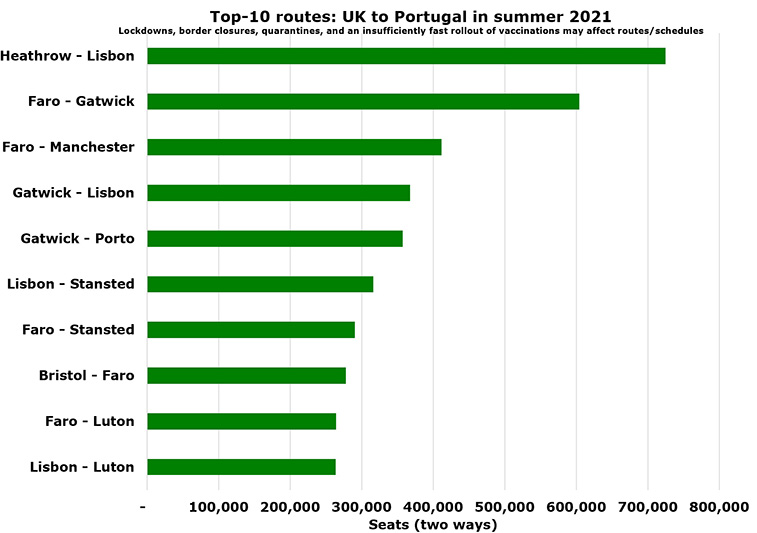