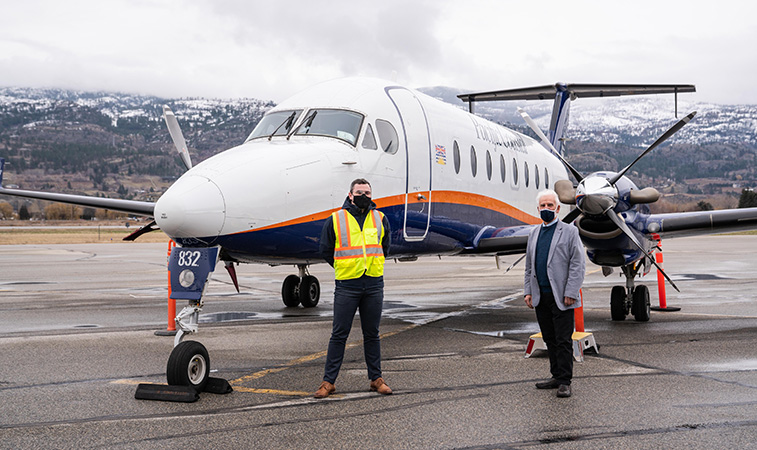 Canada’s Pacific Coastal began Vancouver to Penticton on 11 January, with Penticton around 63 kilometres due south of Kelowna.

The regional carrier presently has no direct competition, probably hence the appeal of the route.  However, it’ll face Air Canada from 12 April when it resumes service; it has operated it for years and had 135,000 seats on it in 2019, OAG data shows.  Air Canada will operate 19-weekly using Jazz Dash-8-400s.

Penticton is one of 16 destinations within British Colombia that Pacific Coastal will serve on a scheduled basis from Vancouver this year, its website shows.

“The arrival of Pacific Coastal Airlines marks a great start for the year, both for our airport and our community,” said Penticton Mayor, John Vassilaki.

“Whether it’s for essential service passage during the pandemic, the transport of needed cargo, or access to medical appointments in the lower mainland, air travel to and from Penticton remains a key link to other parts of the province so I’m pleased to see Pacific Coastal Airlines here today supporting our community in maintaining that linkage.”