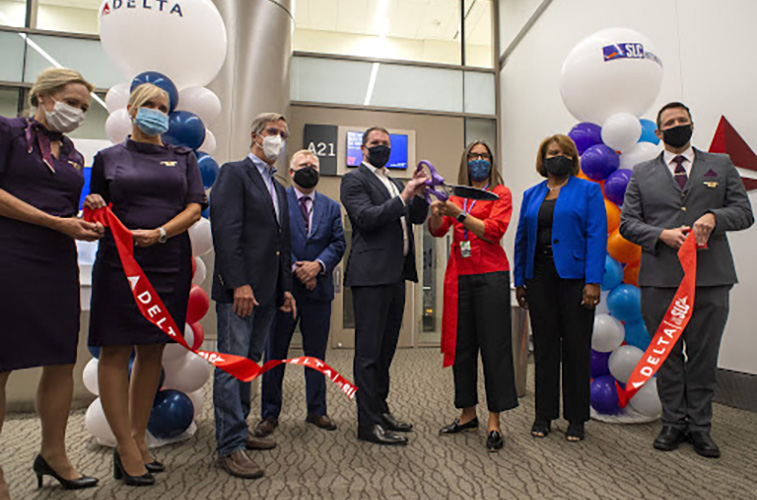 Delta had added over 1.3 million more seats in S21 than in S19, pushing its share at the Utah airport to over 75%.

Delta is primarily responsible for this summer push.  It has added over 1.3 million more in S21 over S19, with its share climbing to over three-quarters – its second-highest summer share in the past decade.

Guadalajara (replacing Aeromexico), Kahului, Memphis, and Miami are new for Delta this summer (versus S19 or S20 or both).

Meanwhile, Paris CDG is expected to resume six-weekly from 1 May, becoming daily from June on.  Amsterdam restarts on 4 March on a four-weekly basis and grows to daily from 25 May. This is due to both being SkyTeam hubs. 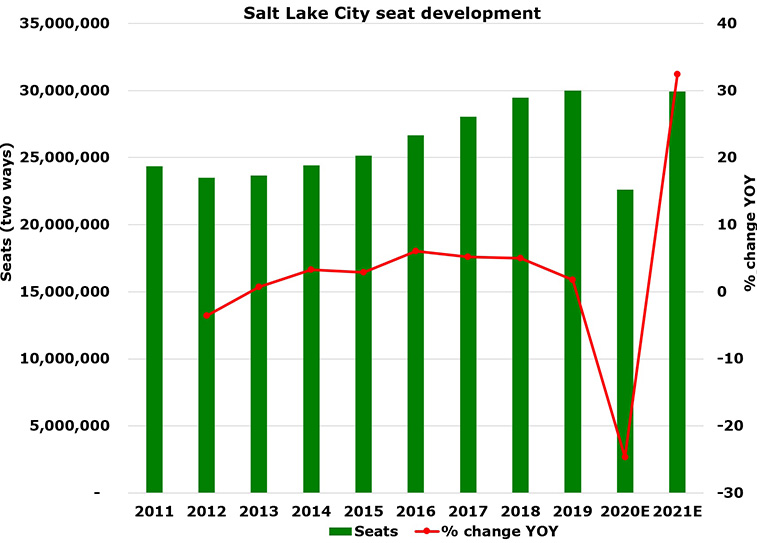 Of course, things can and do change, and further change this year is probable.  But as of today, Salt Lake City will almost hit, and potentially pass, 30 million seats this year. Source: OAG Schedules Analyser.

Salt Lake City has 101 routes this year, of which 91 are domestic.  Its domestic market has over 95% of its total seats, more or less flat, across just seven carriers.

35 US states are served non-stop; California, Texas, Washington, Colorado, and Arizona have the most seats and getting on for half of the airport’s total.  SLC has 12 routes to California and six to Texas.

South Dakota, meanwhile, is the least-served; it has once-daily service to Rapid City.

Salt Lake City is connected with four foreign countries this year, with the UK – Heathrow – no longer served.  Mexico has grown by 112% over 2019 with 376,300 seats added across five routes. 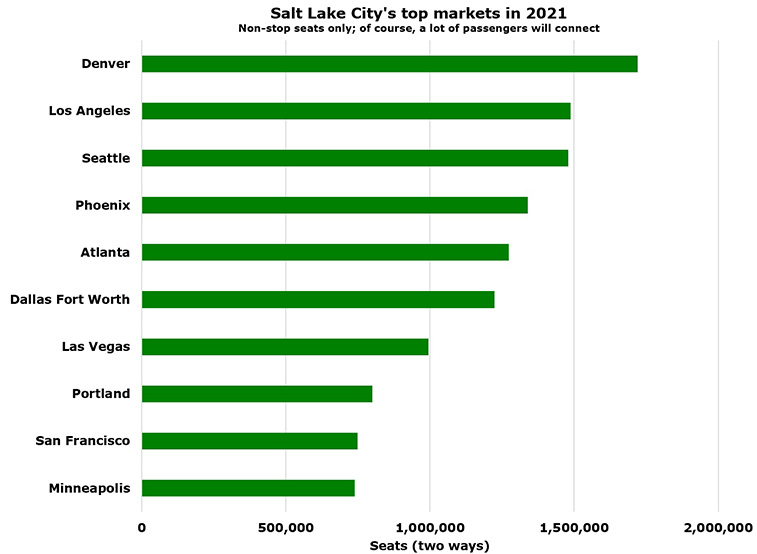 On purely a non-stop seat basis, Denver is – not surprisingly – by far Salt Lake City’s top market. United, Delta, Southwest, and Frontier all serve it, with up to 147 weekly flights each way.  Of course, connections rule, with around 60% of passengers connecting at Salt Lake or Denver. Meanwhile, Cody, Wyoming, is the airport’s least-served by capacity, with a once-daily offering from 6 May to 30 September.