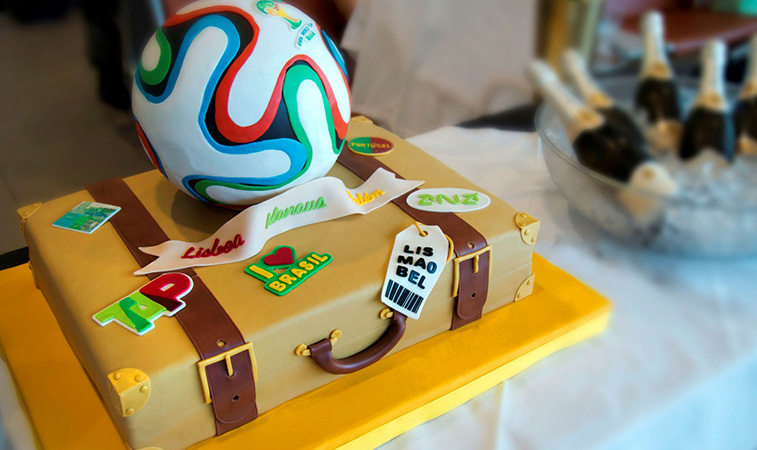 Manaus has just three international routes this year, representing only 3% of its seats. TAP Air Portugal’s Lisbon service, which routed Lisbon – Manaus – Belem – Lisbon, is no more. It operated between 2014 and 2016, the exact period of Brazil’s economic crash. Might it return, perhaps non-stop in both directions using the A321neo?

Manaus, Brazil’s 14th-largest airport, now expects around 3.5 million this year, although the year isn’t yet finalised.

Almost all seat capacity (97%) is now domestic, the second-highest this decade. It has 20 such routes this year, down by two over pre-coronavirus 2019.

Azul is now the top domestic carrier, replacing Gol.  Azul’s capacity has increased by one-quarter since 2019, benefiting from the big cuts at Gol (-21%) and LATAM (-17%).  It added two new routes for a total of 11.

Azul now uses its full fleet from Manaus: from A330neos to Cessna Caravans. Its A330s are used to Viracopos-Campinas, while its Caravans serve Coari, Lábrea, and the 366-kilometre sector to Parintins. 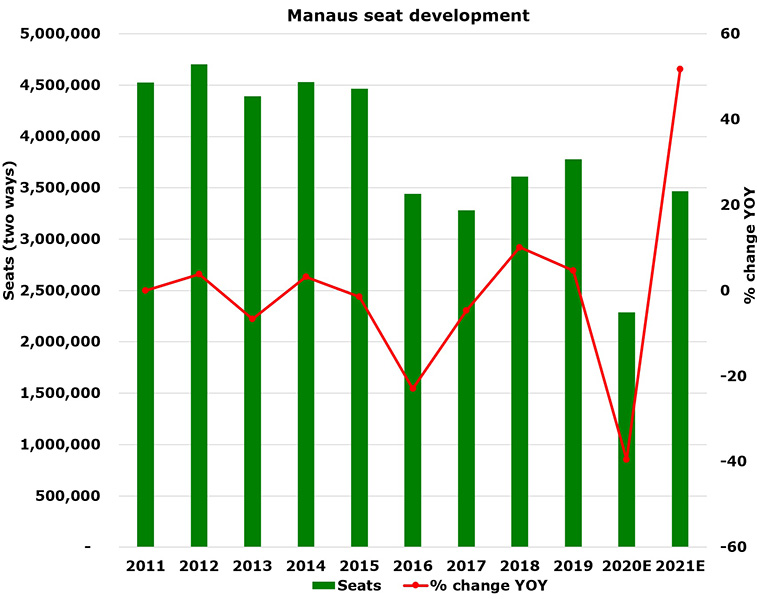 Miami is presently served five-weekly by American using A319s, rising to daily from 3 July. It’ll be joined by a once-weekly, A320-operated service by LATAM between April and October.

Miami capacity has reduced or remained static in most years, and capacity this year is down greatly from the quarter-of-a-million registered in 2013. Then, American used B737-800s, while TAM used A330-300s and B767-300ERs. There were between 12 and 14 weekly flights each way.

Copa’s Panama City is currently once-weekly and will double from March and double again from June.  The 2,529-kilometre route is operated by Embraer 190s; a long trek with a block time of nearly four hours.

Orlando began in 2019 and will have more capacity this year than previously.  Gol will operate it once-weekly using B737-800s from 3 July onwards. 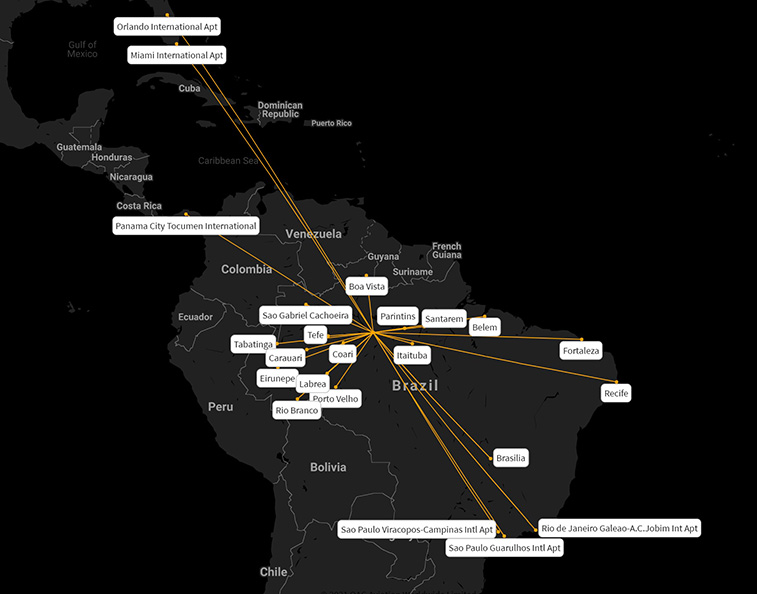