Istanbul Airport to have 286 destinations, with 207 daily-plus 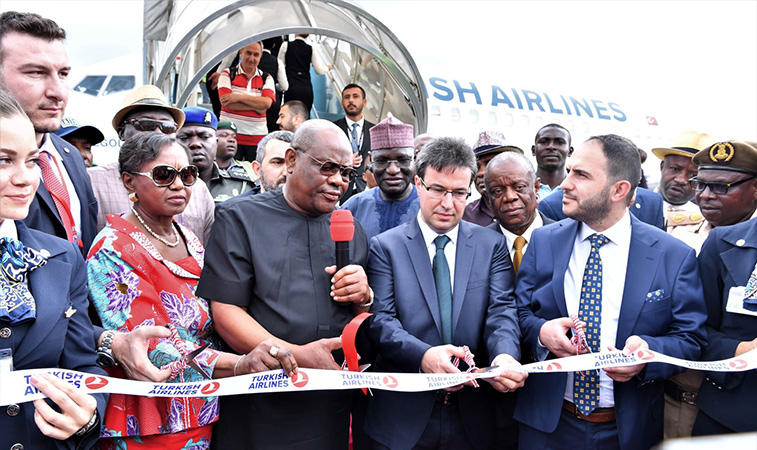 Istanbul Airport’s international network in the first week of summer to total 241 destinations, with 53 in Africa. These include a thrice-weekly Istanbul – Port Harcourt – Malabo – Istanbul service using B737-900ERs.

Istanbul Airport will have 286 passenger destinations in the first week of summer – the highest in recent years – with 4,155 weekly flights each way.

Turkish Airlines is of course overwhelmingly dominant, with 281 destinations and an 89% share of flights.  This has risen from 81% before coronavirus primarily due to the end of AtlasGlobal, by far Istanbul Airport’s second-largest airline.

Just 17% of Istanbul Airport’s destinations will have more than one carrier.  Most of these are either point-to-point ethnic (Saudi Arabia, Algeria, Iraq), aligned to Turkish Airlines or Star Alliance, other sixth freedom carriers, or to Russia.  Kuwait, for example, will have four airlines.

With 73% of all flights, the international market will reign supreme.  121 foreign countries will be served, with Germany, Russia, Italy, the UK, and Ukraine the top-five by flights.

By contrast, Mozambique and Zambia will be Istanbul Airport’s least-served with two weekly apiece.  They will be joined by the likes of Chad, Cuba, Eritrea, Mongolia, and Tajikistan, each with three.

Complementing 45 domestic destinations will be 103 across Europe, 53 in Africa, 40 in Asia, 25 in the Middle East, 12 in North America, and eight across Latin America.

Vancouver, a new route, will begin three-weekly from 9 March.

Read more: Turkish Airlines to Bogota and Panama City had 90% seat factor in 2019. 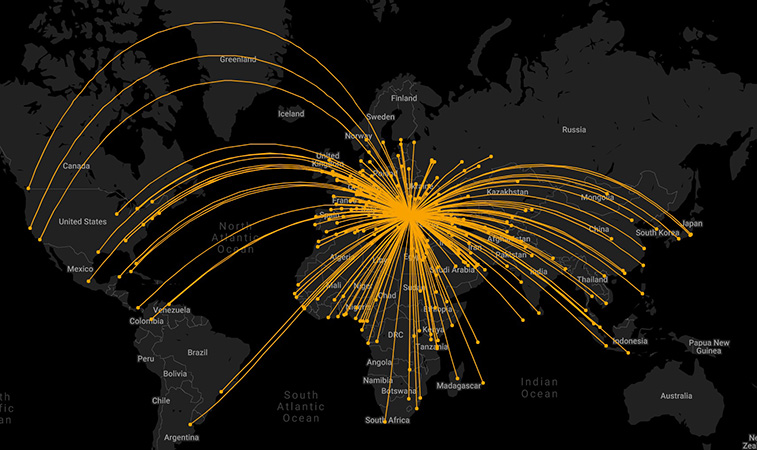 Istanbul Airport will have 207 destinations with daily-plus flights

While Ankara is by far the leading destination, there are four with just three weekly services each: Canakkale; Siirt; Usaq; and Zonguldak.

The end of AtlasGlobal means that Turkish Airlines has almost all (98%) of domestic flights.  The only direct competition is from Pegasus, with a 21-weekly service to Izmir.

Internationally, Tel Aviv is the number-one destination on an airport-pair basis.  It is served exclusively by Turkish Airlines, with over one-third by widebodies.

On a city basis, however, Moscow is top with 70 flights, followed by London.

Atyrau, Nantes, and Zhukovsky, meanwhile, will have just one weekly flight each. (Zhukovsky is a Moscow-area airport, but outside of the city for bilateral reasons.)

In all, Istanbul Airport will have 207 destinations with at least a daily offering.  Although schedules may change, a full list of destinations and frequencies are provided here for you to download: