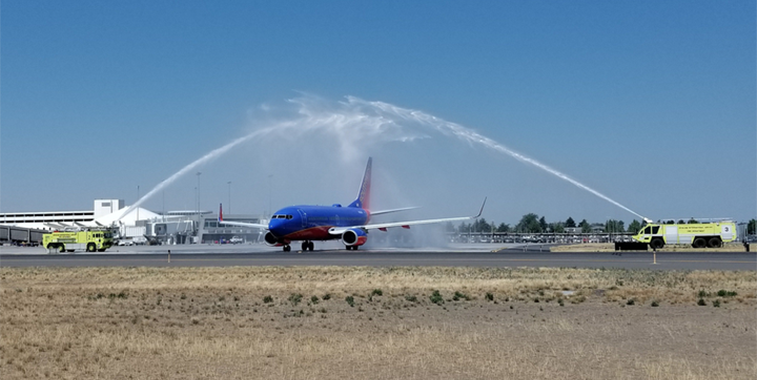 Southwest has today (21 January) announced that it’ll add five routes from Fresno and Santa Barbara, both new airports to its network.

As is customary for the carrier, it announced its intention to Fresno and Santa Barbara about a month ago, just without any route details – although it is normally easy to predict its new routes.

Denver and Las Vegas will feature from both airports – and with nearly the same schedule.

In all, Southwest will have 28 weekly flights from Fresno and 35 from Santa Barbara.

Oakland had the same timeframe, and typically operated once-daily – and 13-weekly in summer.  It had 29,460 seats with Contour in 2019.

In its early days, it had up to 25 weekly services using nine-seat Pilatus PC-12s from Advanced Air, although it reduced to three-weekly after the pandemic hit.