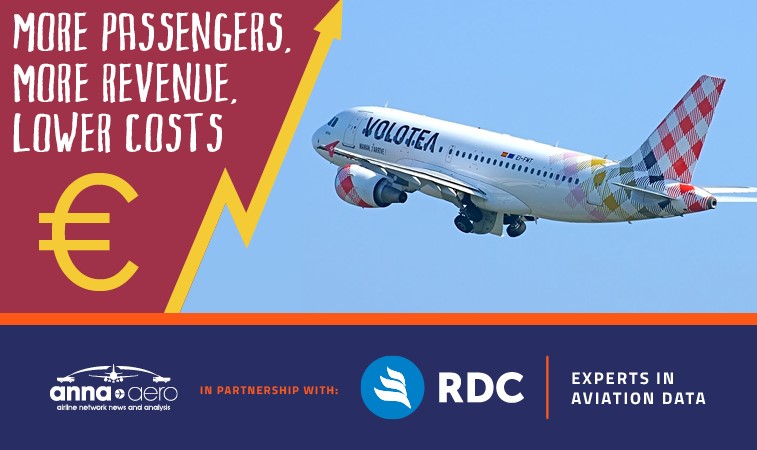 With Volotea’s B717s now gone, we look at how the carrier’s A319s will change route economics and performance.

As you probably know, Volotea has now ceased using Boeing 717s, marking the end of the type in Europe.

The aircraft played a vital role in the carrier’s initial development, culminating in nearly four million seats by them when A319s entered the scene in 2016.

11 countries saw B717 service, with Italy over 2.2 million seats by them – most deployed domestically – against 908,000 for second-placed Greece.

Its B717s were used to 20 Italian airports.  Venice was number-one, followed closely by Naples and then Palermo.

The retirement of this aircraft means an all-A319 fleet. And economically speaking, it makes a lot of sense. 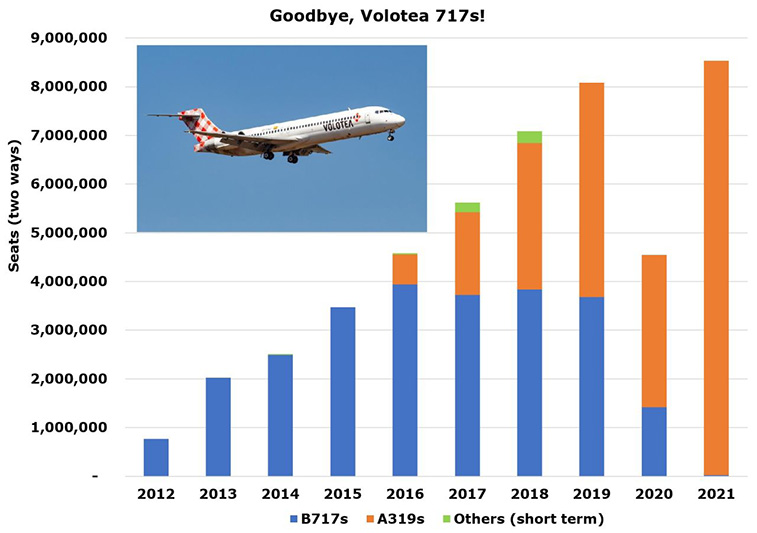 It’s noteworthy that Volotea has scheduled more seats for 2021 than for pre-coronavirus 2019, partly influenced by its all-A319 fleet having 21 more seats per sector. Source: OAG Schedules Analyser.

Volotea A319s for the future – for now

This is based on the carrier’s top B717 route, Athens to Santorini, and uses the current fuel spot price.

Basic airline economics means that the larger the aircraft the higher the trip cost but lower the unit cost.  So it is with these types.

While trip costs are obviously higher for the A319, it has 21 more seats over which to spread those costs.  This then results in an 11% lower CASK.

Despite having one quarter more seats, the A319’s approximate fuel cost per trip is 3% lower and 22% lower per passenger.

Ultimately, Volotea’s A319s have an estimated 11% – or €4 – lower average fare required to breakeven.  Of course, this analysed route is very short – just 218 kilometres – so imagine the lower breakeven when applied to the median length of B717 routes: 856 kilometres.

Revenue-wise at 90% seat factor, Volotea’s average, over 20,000 more passengers could be carried annually.

For a bigger image of the following, please click on it. 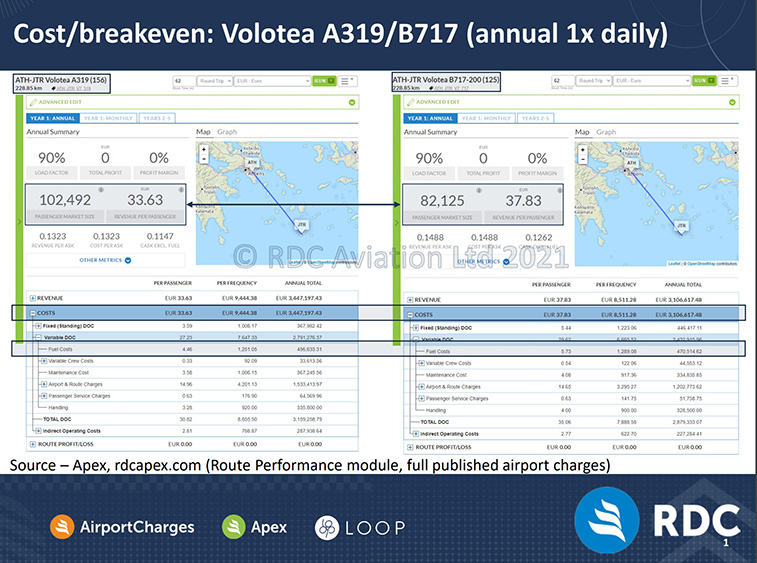