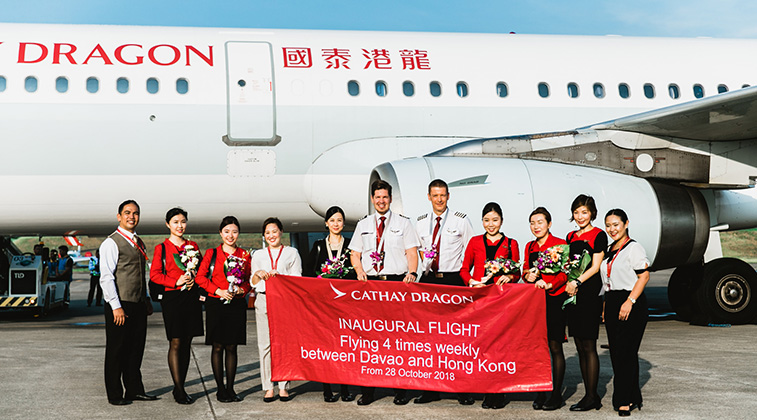 Hong Kong to Davao is one of the 104 routes that Greater Bay Airlines has applied for.  It was last served by Cathay Dragon, with its subsumption into Cathay Pacific one reason for the start-up carrier.

Its first three aircraft, all second-hand, are due this month with a view to starting in June.  It’ll initially operate cargo flights if passenger service remains unfeasible because of coronavirus.

Greater Bay Airlines sees a clear gap to become a large, full-service carrier at Hong Kong, and will benefit from the airport’s coming new runway and more slots.

Its entry is partly from the end of Cathay Dragon – which was subsumed into Cathay Pacific – and the resulting freeing up of some traffic rights.

The acquisition of HK Express – Hong Kong’s fourth-largest operator – by Cathay Pacific in mid-2019 may also have contributed.  The Group now dominates Hong Kong more than ever.

And a more recent development is the uncertain future of Hong Kong Airlines, the third-largest carrier, following the bankruptcy of parent HNA Group. 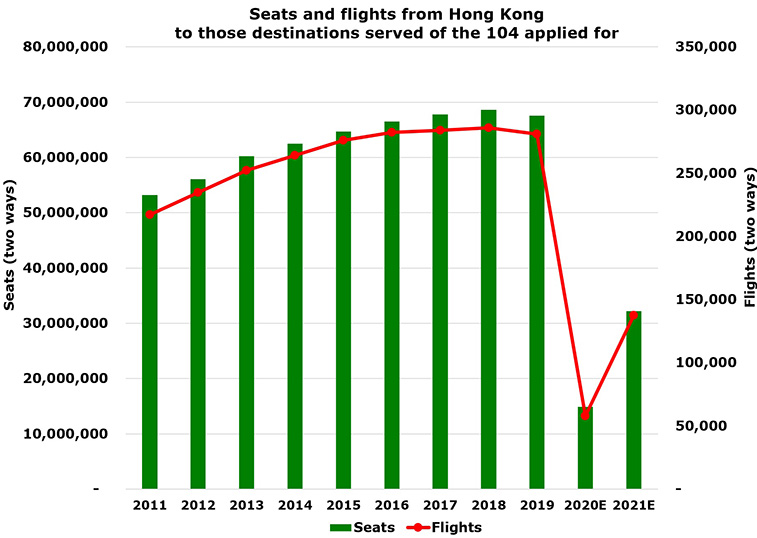 Of course, applying to serve routes obviously doesn’t mean the carrier will operate them all.

Nonetheless, Greater Bay Airlines’ network strategy is clear: mainland China and typically big cities and leisure destinations within a 3,500-kilometre radius of Hong Kong. It is highly likely to have sixth-freedom connections over the airport.

Mainland China is key, with 48 routes applied for, together with Japan (13), Thailand (six), Vietnam (five), Philippines (five), and four each in Taiwan, Indonesia, and South Korea.

89% of its Greater Bay Airlines’ applied-for routes were served in pre-pandemic 2019. (Note: this includes both airports for Bangkok, Beijing, Shanghai, and Tokyo.)

This 89% reduces to 65% in 2021.  However, this is arguably not really a fair reflection of what would – in normal times – be the case.  And this year is highly like to change further, with routes coming back later or in 2022.

None of these are scheduled for this year either, along with the likes of Chiang Rai, Davao, Guam, Guangzhou, Kagoshima, Kolkata, Kunming, Qingdao, and Wuhan. 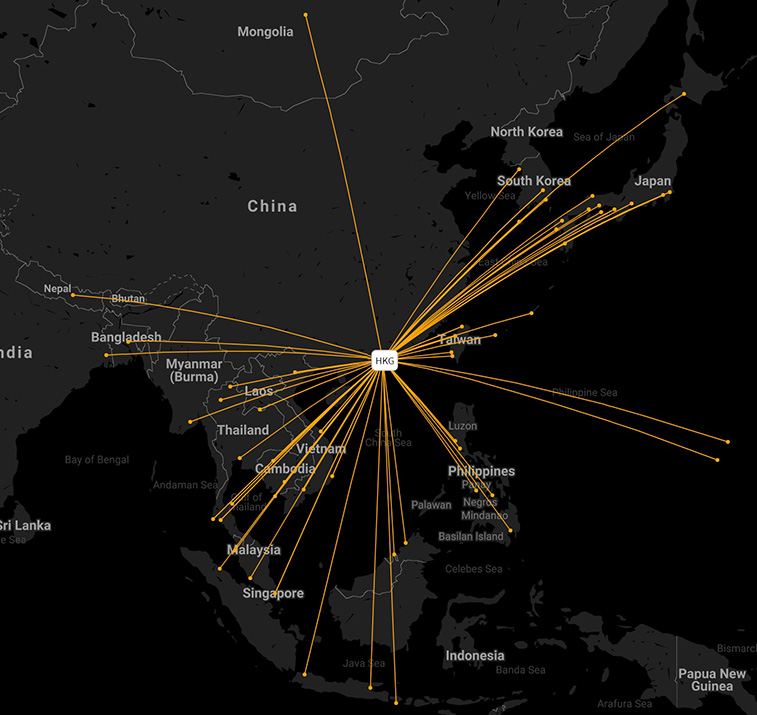 Over half of Greater Bay Airlines’ applied-for routes are outside of mainland China. The longest is Saipan (3,441 kilometres), followed by Denpasar (3,438) and Sapporo (3,429). Source: OAG Mapper.