Qatar Airways began Doha to Seattle in January and will serve 13 North American destinations this summer.

Initially operating four-weekly using B777-300ERs, the 11,927-kilometre service is scheduled to increase to daily from the end of June.  A350-900s are due to replace B777s from the start of March.

This route comes just over a month after the carrier began San Francisco.

This coming summer, Qatar Airways will serve 13 North American destinations on a passenger basis, with Atlanta due to come back online on 1 June.

Speaking of the launch of Seattle, Peter Steinbrueck, Seattle Port Commissioner, said: “This is truly, truly an exciting day for our airport, for our region, and for global businesses and international travel.

“We are terrifically excited. Today’s launch of a new service with Qatar Airways signals the return of robust air travel and better days ahead.” 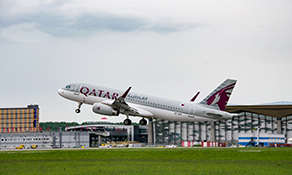 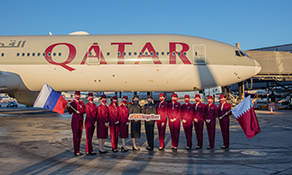