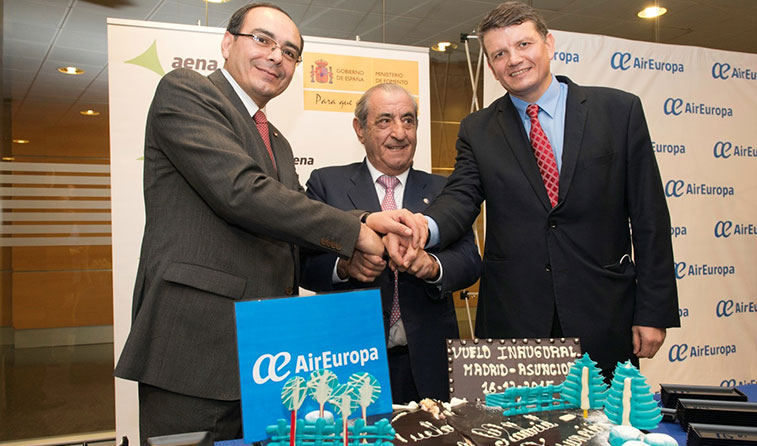 Air Europa began Asunción in 2015 and is one of 22 Latin American destinations the carrier serves from Madrid this year.  It currently operates twice-weekly, but will increase to six-weekly from April.  All services continue to Cordoba, Argentina.

Air Europa will compete directly with Iberia on 45 of its 56 routes from Madrid this year, OAG data shows.

The acquisition of Air Europa by Iberia – now halved to €500 million – is about growing dominance at Madrid, with Air Europa having over 10 million seats at the airport this year.  It is Barajas’ second-largest carrier with a one-fifth share of capacity, against almost half for Iberia.

51 of Air Europa’s 56 destinations from the Spanish capital are to Europe and Latin America.  The remainder are to Africa (Casablanca, Marrakesh, and Tunis), North America (Miami and New York JFK), and the Middle East (Tel Aviv).

All but one European route – including 12 domestic – compete with Iberia, with consolidation inevitable. The exception is Alghero, which Air Europe serves twice-weekly in July and August.

And it is only slightly behind to Bogota, Havana, Ibiza, Montevideo, Panama City, Porto, Santo Domingo, and Sao Paulo Guarulhos. 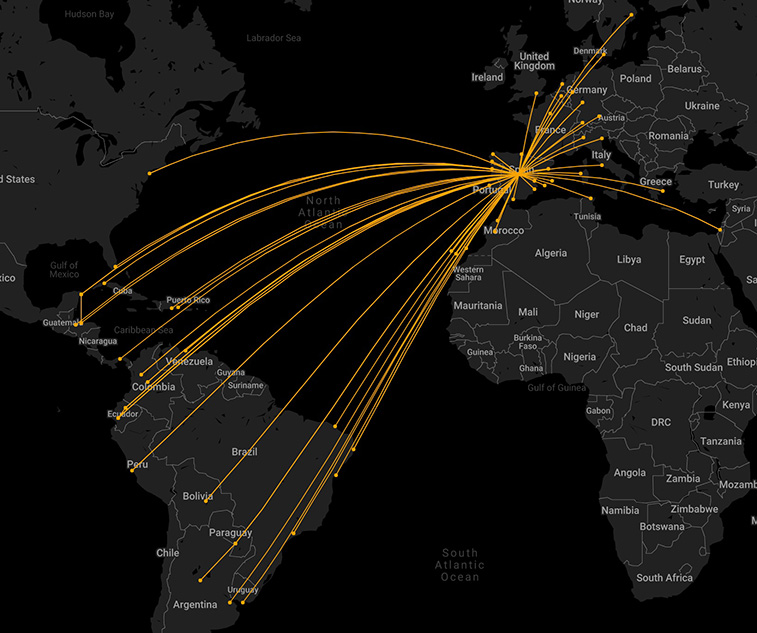 Air Europa serves 22 destinations in Latin America: 15 in South America; four in Central America; and three in the Caribbean.

Air Europa is scheduled to have over 2.8 million seats – one-quarter of its total – to/from Latin America this year, down by just 0.62% over pre-coronavirus 2019. 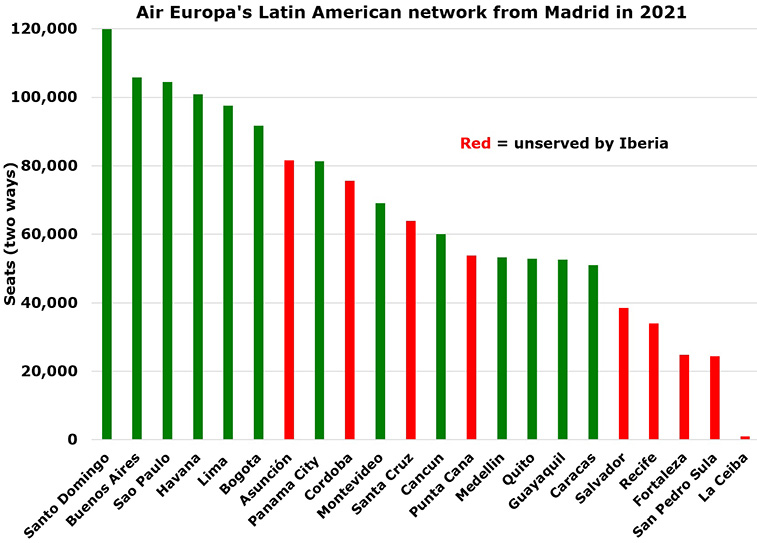 It is likely that at least the thicker destinations will become part of Iberia’s network in the future. Source: OAG Schedules Analyser.