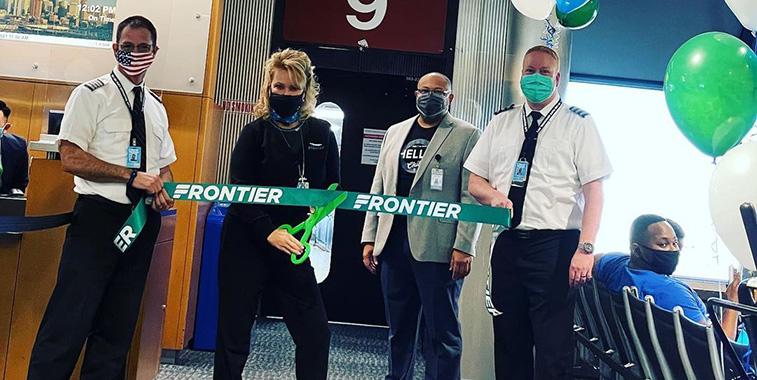 Frontier began Oakland – Denver on 4 February, with Las Vegas and Phoenix coming from the California airport.

Frontier inaugurated Oakland on 4 February with a new service from Denver.

It’ll be joined by both Las Vegas and Phoenix to Oakland today, 5 February.

Its 1,540-kilometre service to Denver is currently operated four-weekly, but it’ll increase to daily from early March.

Frontier is the second carrier on the route, joining Southwest with a 27-weekly offering in the present week.

Across the bay, Frontier also has a five-weekly San Francisco to Denver service, shortly rising to 14-weekly.  Its 0059 departure to the Colorado city, arriving at 0426, will be back.