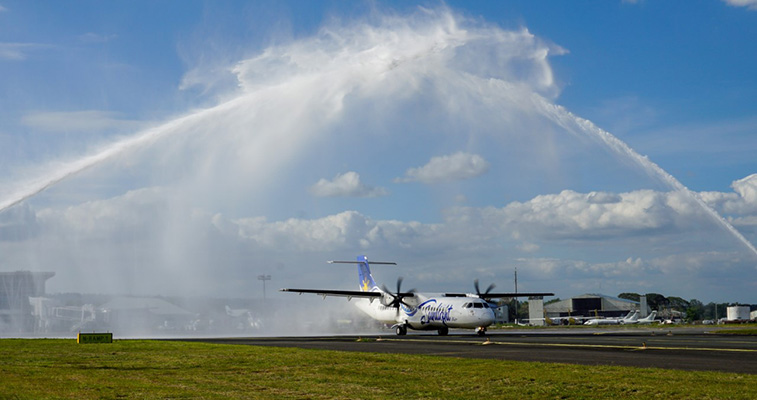 The route first began in 2017 with both PAL express and Cebgo.  Between them, they had almost 74,000 seats, OAG shows.

From the start of this summer, PAL express will compete directly with a 28-weekly service using Dash-8-400s.