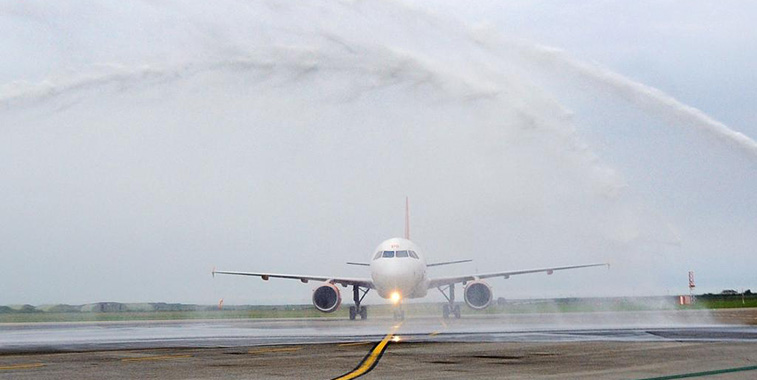 easyJet’ to Manchester will run from 21 June until 29 October, while Glasgow will be served from 29 June to 4 September.

easyJet has announced and put on sale Cornwall Airport Newquay from both Manchester and Glasgow.

At the time of writing, both markets were already operated by regional operators with very different economics: Loganair and Eastern Airways from Manchester, and Loganair from Glasgow.

However, Loganair has already removed Glasgow from sale, and Eastern Airways discontinued Manchester the following day.

The reason for easyJet’s entry is the expected increase in ‘staycation’ demand and, in the case of Manchester, capacity far below the level in 2019. Manchester is down by 40%, even with easyJet included, although the year is not yet finalised.

Newquay has long history from Manchester and Glasgow

In pre-coronavirus 2019, Newquay – Manchester had a seat load factor of 83%, while Glasgow had 85%. Both routes were operated by flybe.

bmibaby served the Cornish airport from Manchester until 2011, the same year that Air Southwest ended its one-stop service via Bristol (January to June) and then Plymouth (July and August).

flybe then took over from October 2011 and operated it year-round.  It was the sole carrier until its own end, with Loganair and Eastern Airways then picking up the mantle.

Glasgow, meanwhile, has had four operators in the past decade.  First with Air Southwest and its Dash-8-300s, and then flybe.

This year will be the only year with two carriers on it, so the big increase in seats. 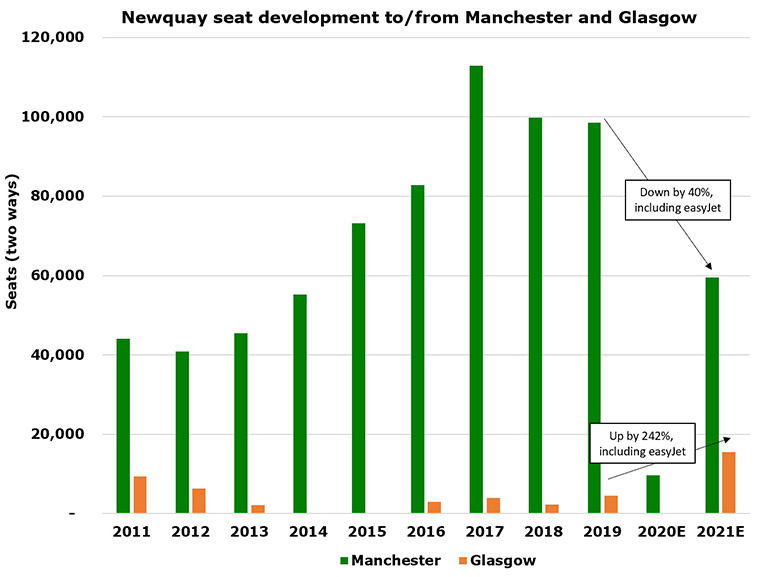