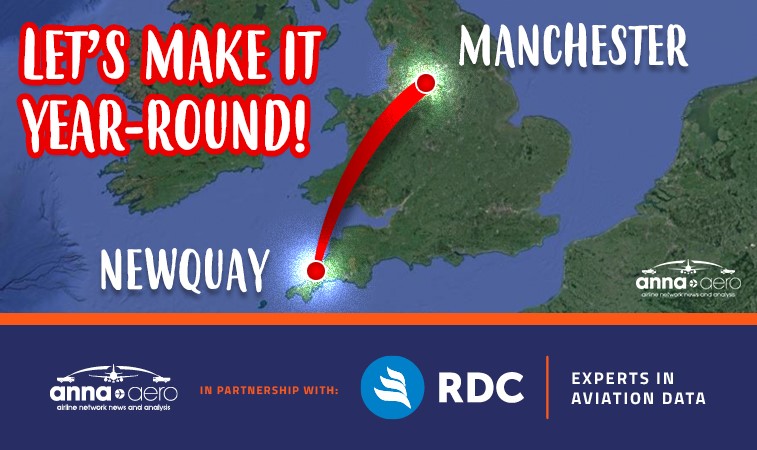 easyJet will return to Newquay this summer after a six-year absence.

easyJet’s new Cornwall Airport Newquay to Manchester route will operate from 21 June until 29 October, while Loganair’s service will run from 28 March until 30 October.

While Newquay is, of course, very summer-seasonal, Manchester has a long history of being operated year-round.

flybe served it every month from October 2011 until March 2021, with its peak month capacity typically around twice that of its lowest month.

In 2019, flybe had a SLF of 83% to Manchester, with particular months pulling this down.

January, for example, had just 68%, the result of more supply than any other January since it began the route.

This was from its once-daily service mainly being operated by Embraer 175s and 195s.  Its daily service later returned to mostly Dash-8-400s, with December seeing 30% fewer seats and an 85% SLF.

Winter months in 2019 had an average PDEW of 78 – a decent amount – showing the potential for a year-round offer.

Perhaps this will encourage easyJet, for example, to begin two-to-three-weekly, although which days are operated would be important for this market. 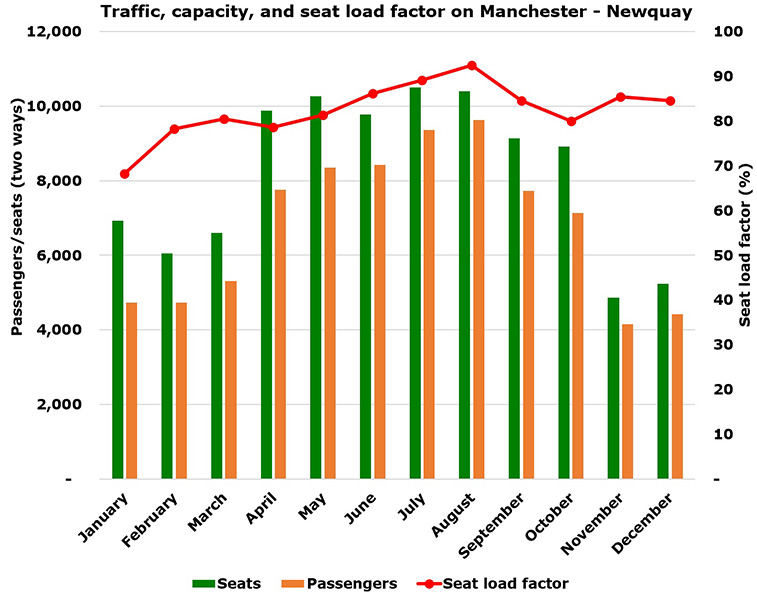 The following figure, from RDC Aviation, shows the impact of flybe’s excessive capacity in particular months on pricing. In contrast, and as you’d expect from the big capacity cuts, November and December was stronger.

With further capacity adjustments, flybe’s fare profile would have been even flatter and stronger than it was.

Even without this, flybe’s Newquay – Manchester achieved a clear fare premium over easyJet’s domestic UK network in off-peak and shoulder months.

Subject to easyJet’s performance this summer, perhaps a year-round operation may happen – especially when things begin to return to normal.

For a bigger image of the following, please click on it. 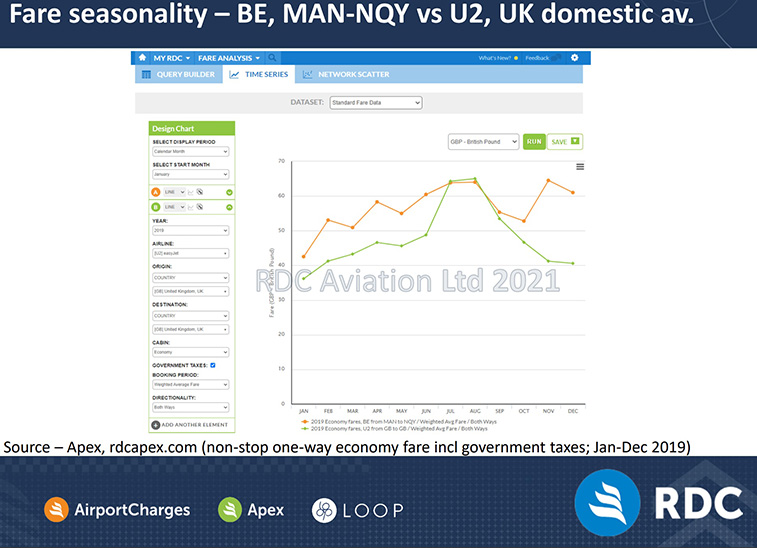