Air Arabia 60 routes across 26 countries from Sharjah this summer 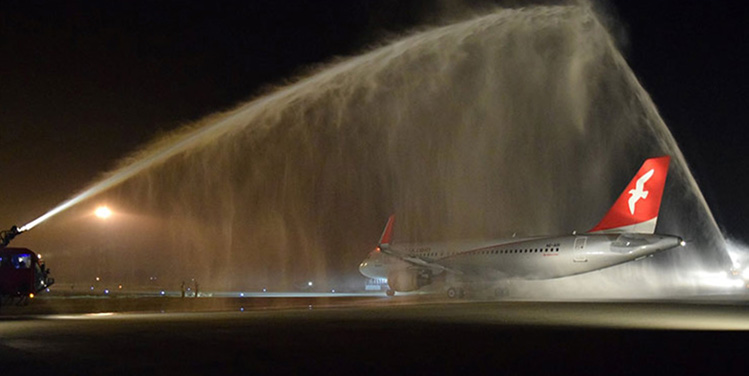 Over 1.9 million of Air Arabia’s Sharjah seats will be within the Middle East this summer, with seven countries and 19 routes. Only Iran, which had four routes in pre-coronavirus times, won’t be served. 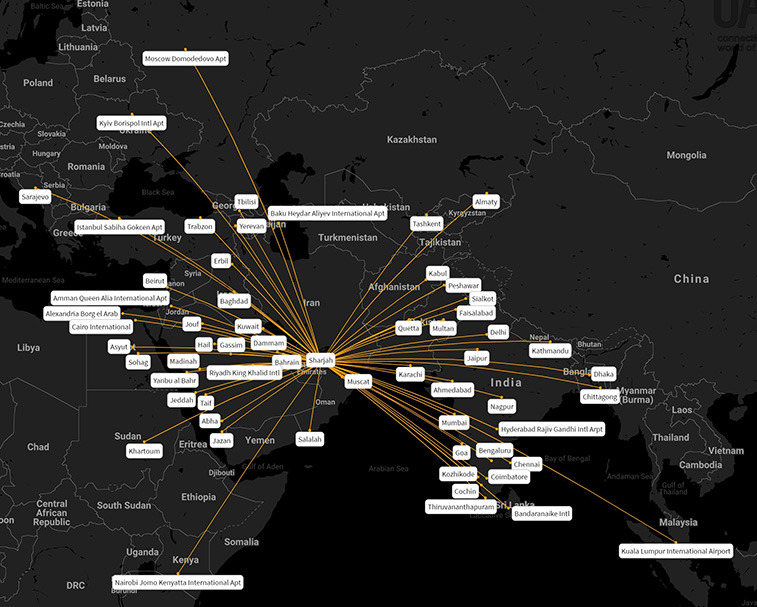 Central Asia has two routes – Almaty and Tashkent – to Kazakhstan and Uzbekistan. A third, Bishkek, in Kyrgyzstan, was served before coronavirus hit. It began in July 2017 and is likely to return.

Naturally, India and Saudi Arabia are by far Air Arabia’s top countries, with over four in ten seats and 24 routes.

At 5,533 kilometres, Kuala Lumpur – its only destination in Southeast Asia – will be by far its longest route.  It’ll use A321neos.

Next longest will be Sarajevo, also with the lowest capacity of all destinations.  It’s one of three Western and Central and Eastern European airports to be served; the others are Kyiv Boryspil and Moscow Domodedovo.

There are significant network changes over S19, partly as it builds back again. Then, it had 76 destinations from Sharjah (now 60) across 33 countries (26).

While Muscat, Bahrain, Jeddah, Kuwait, and Karachi were its top-five routes, it is now Karachi, Dammam, Riyadh, Cairo, and Dhaka. Karachi will have 21 weekly services this summer.

Multiple destinations that were served won’t be this summer, including Asmara, Bishkek, Grozny, Hargeisa, Lar, Mashhad, Najaf, Prague, Shiraz, Tehran Imam Khomeini, and Vienna.  But most will return.

Iran has never been a big part of Air Arabia’s network; in S19, its four routes had just 3% of total capacity.  It’ll return one day. 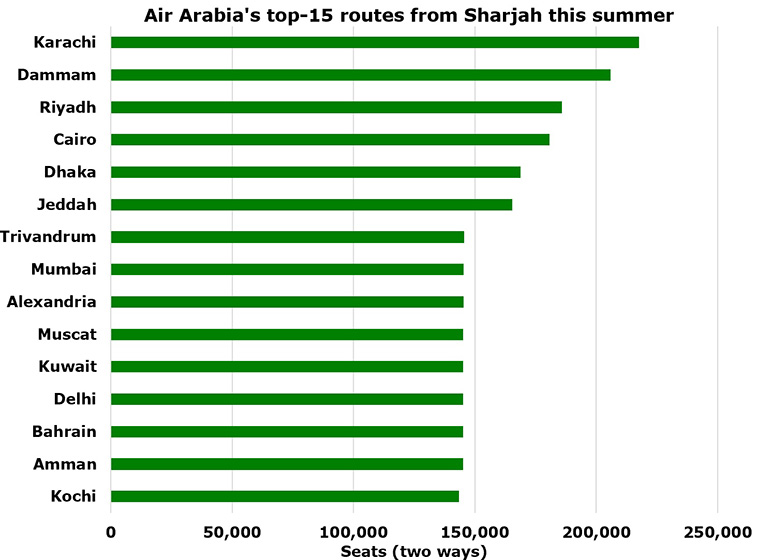 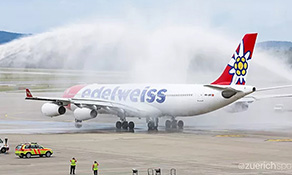