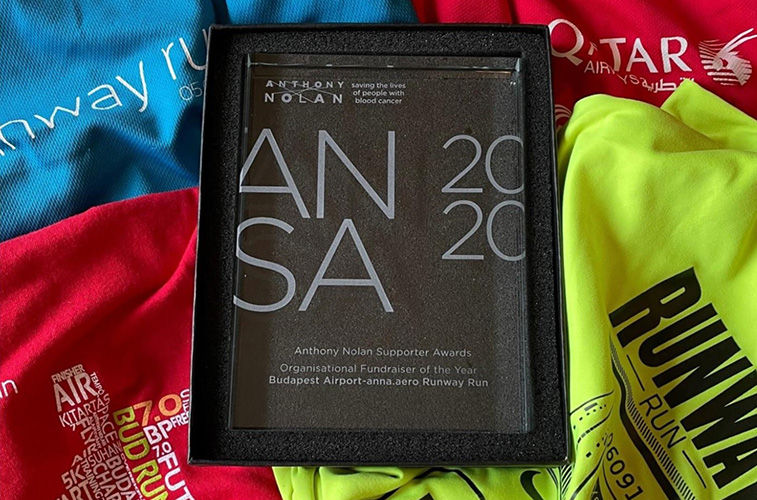 The Budapest Airport-anna.aero Runway Run has so far raised €110,000 for Anthony Nolan and €220,000 for both the blood cancer charity and SUHANJ! Foundation, the Hungarian disability group.

The long-running Budapest Airport-anna.aero Runway Run partnership has been recognised as the Organisational Fundraiser of the Year by cancer charity Anthony Nolan, for which it has raised over €110,000.

Established in 2013, the Runway Run has become the pre-eminent charity sporting event for the worldwide air transport community, regularly drawing over 1,100 airline and airport runners to compete in a unique 10-kilometre race on the tarmac of Budapest’s runway 13R-31L.

The Runway Run has so far raised a cumulative €220,000, shared between Anthony Nolan and Hungarian disability group SUHANJ! Foundation.

And, even in the past difficult year of sealed borders, it still managed to amass over €9,500 for Anthony Nolan.

The Budapest Airport-anna.aero Runway Run is considered unique as it is the only major and totally-connected European airport able to commit to the closure of a runway in daylight hours.

The race is then followed by the presentation of trophies including ‘Fastest Airline in the World’ and an awards party and BBQ on the terrace of the historic Terminal 1.  This is now a protected building which is also frequently used as a movie set. 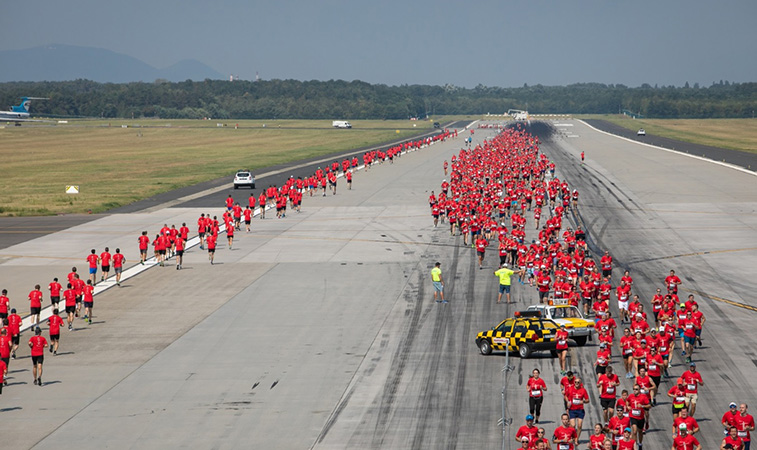 Tribute to everyone involved

Commenting on the win, the Budapest Airport CEO, Dr. Rolf Schnitzler, said: “We are absolutely thrilled by this recognition which I accept on behalf of the many BUD staff who stage a brilliantly organised sporting and corporate event and devote many volunteer hours of their own personal time to the causes. I must also pay tribute to the many airlines, airports, and aviation enterprises from all over the world who come together every September to compete.”

Schnitzler added: “These include Wizz Air, the current title holders of the ‘Fastest Airline in the World’ trophy, which has been previously won by teams from Aer Lingus and SWISS, together with fastest-individual runner entries from Qatar Airways, LOT Polish Airlines, Emirates, and American Airlines. We pay full tribute to them, and the race’s steadfast corporate sponsors, Airbus, Heinemann, SITA, KPMG, and Qatar Airways, as well as last year’s partner Lufthansa Technik.”

anna.aero publisher Paul Hogan, a fanatical runner with 14 marathons to his name, began the partnership with Budapest Airport in honour of his daughter Brontë, or ‘Bron’.

She was diagnosed with leukemia when she was eight years’ old. Anthony Nolan found her a matching stem cell donor in Houston, Texas, but she sadly passed away in 2011 at just 12.

Commenting on the award, Hogan said: “Besides being a superb annual meeting place for the air transport community, the Runway Run obviously has great meaning to me on a personal level, becoming something of a lifesaving legacy in Bron’s name – every finisher receives the ‘Bron’s medal’. I have been amazingly touched by the many special messages I have received in Bron’s memory each year, including a very personal one from the CEO of Aer Lingus who told me of his ‘medal to treasure’ after he led his team to victory in 2014.” 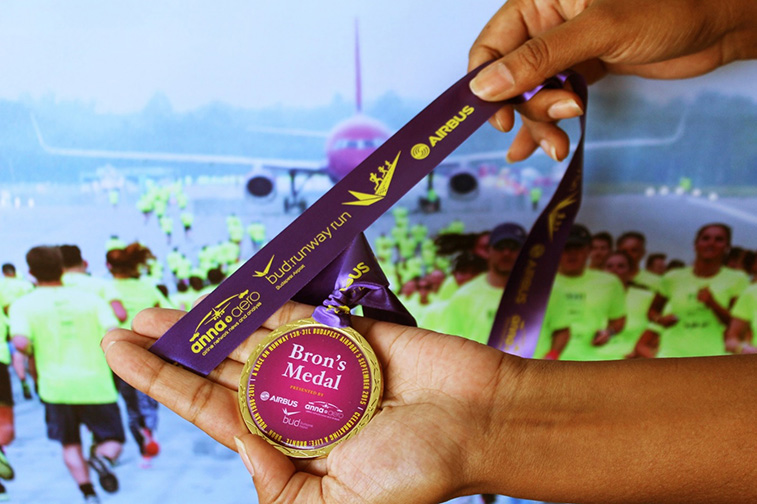 Over 1,100 air transport executives now take part in the Budapest Airport and anna.aero Runway Run every September, each receiving a ‘Bron’s Medal’ in memory of Brontë Hogan, the daughter anna.aero publisher Paul Hogan.

Runway Run helping to save lives

Henny Braund, Chief Executive of Anthony Nolan, said: “2020 was tough, but I am so proud of the resilience and passion our supporters have shown throughout the pandemic. Thanks to them, we have been able to continue to save lives. We have battled travel restrictions, government policies, and lockdown after lockdown to ensure that those in desperate need of a stem cell transplant have still received their life-saving stem cells.”

Braund concluded: “Everyone at anna.aero and Budapest Airport have been committed to fundraising for Anthony Nolan for years and to ensure last year’s event went ahead despite the challenges of the pandemic is absolutely extraordinary.”