Delta has up to 71 hourly movements at Minneapolis 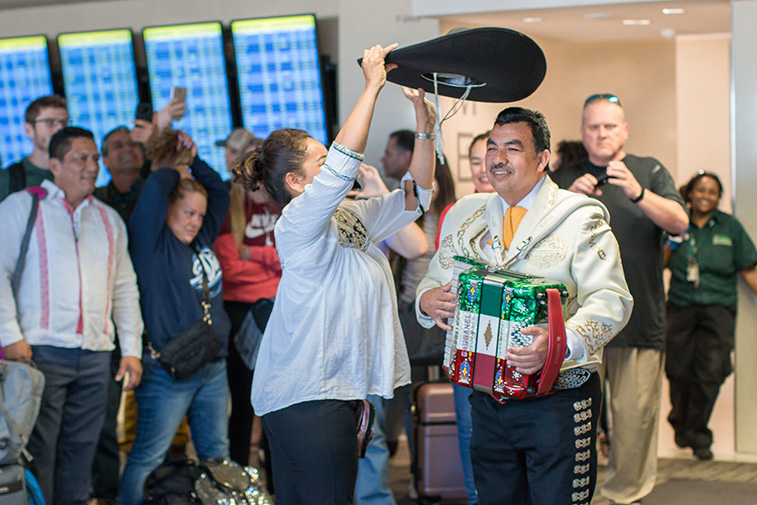 Mexico City is one of Delta’s 14 international routes from Minneapolis in the week beginning 14 April.  The route restarted in June 2019 after an absence of almost eight years.  This April, it will be one of 24 routes with a once-daily offering.

Minneapolis is Delta’s third-largest airport, at which the carrier has over three-quarters (77%) of all seats.

Narrowbodies have over half (55%) of all its flights there, followed by over four in ten by regional jets (44%).

RJs are used on 55 routes in this April week, schedules indicate, with a median sector distance of 660 kilometres.   Sioux Falls, Omaha, Bismarck, Chicago MDW, and Fargo are its top-five routes for RJs.

Booking data indicates how well-balanced Delta’s Minneapolis hub is, with just over half of all passengers transiting.  It has a very clear wave structure. 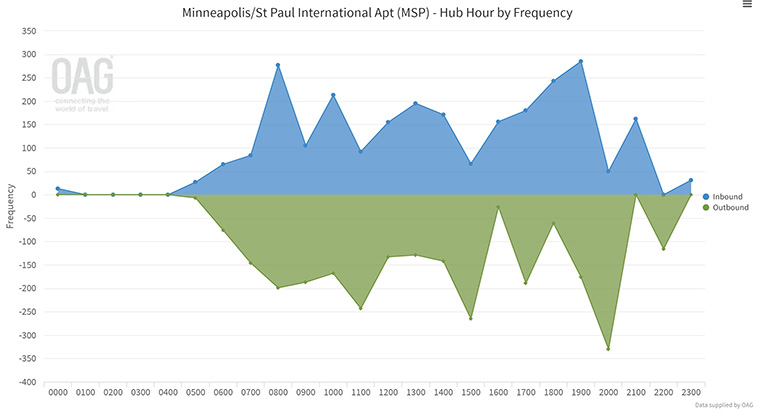 Delta’s Florida capacity up by 31% from Minneapolis

106 of Delta’s 120 routes are domestic, with hub-to-hub Atlanta and Detroit unsurprisingly retaining the top-two spots versus pre-coronavirus.

However, others – Sioux Falls, Phoenix, Omaha, Bismarck, and Orlando – have entered its top dozen.

Delta has 50% more flights to Orlando than the same April week in 2019.  It epitomises the growth in supply to Florida – and indeed many leisure destinations from Minneapolis and the US generally.

Florida is now Delta’s second-largest state, behind California, with flights up by almost one-third (31%).  Delta has 96 weekly flights to six Florida airports.

Delta’s 120 routes have a median of 21-weekly services.   53 destinations have 21+ services, including Winnipeg, its top international route, some 636 kilometres away; it’ll be served 27-weekly.

24 routes have a once-daily offering, including Myrtle Beach and Savannah – both starting on 12 April. 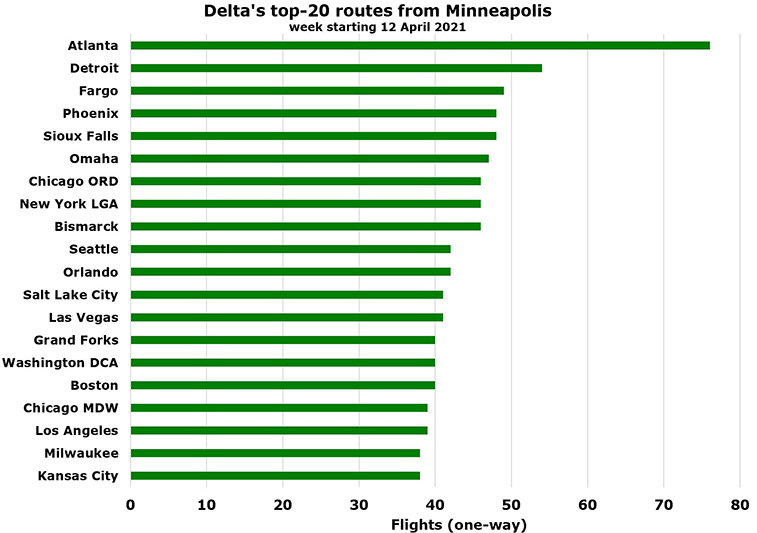