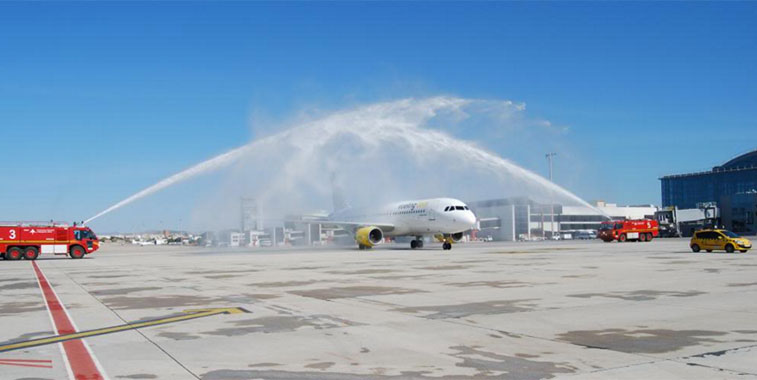 Vueling will begin Barcelona, Malaga, and Palma from Billund. Shortly after Vueling announced Barcelona, Ryanair did the same, with this market to have three operators this summer.

Billund has added routes to Barcelona, Gazipaşa, Malaga, and Palma.

Vueling – a new airline for Billund – will operate three of these.  These include Barcelona, with Ryanair – by far the Danish airport’s top airline by seats – announcing it shortly afterwards.

Norwegian returns this summer, meaning Barcelona will be served six-weekly across three airlines. This summer, the market will exceed the previous high of 42,298 seats in S16.

Jesper Klausholm, Billund’s Head of Airline Relations and Marketing, said that “we are in a very fortunate situation that all our existing airline customers still have a positive mind towards their routes served from Billund and still believe in our market. This positivity of course gives us great breeding ground for focusing on new possibilities like Vueling.”

Billund bounces back, but opportunities remain

Unlike Barcelona, Gazipaşa, Malaga, and Palma will understandably have lower capacity this summer than previous highs.

Palma, for example, is down by 59% over peak S17, when four airlines – Ryanair, Primera, Thomas Cook, and DAT – served it with up to 15 weekly departures.  Now it’ll have up to six.

Gazipaşa, meanwhile, will return from Billund, this time with Turkish Airlines, supplementing its seven-weekly Istanbul service. Corendon served Gazipaşa between 2012 and 2020, alongside SAS (2014-2016) and DAT (2016).

Malaga will be Billund’s fifth-largest market this summer, OAG data shows, after Amsterdam, Frankfurt, Oslo, and Copenhagen.  It’ll be its top sun destination, followed by Palma and Antalya. 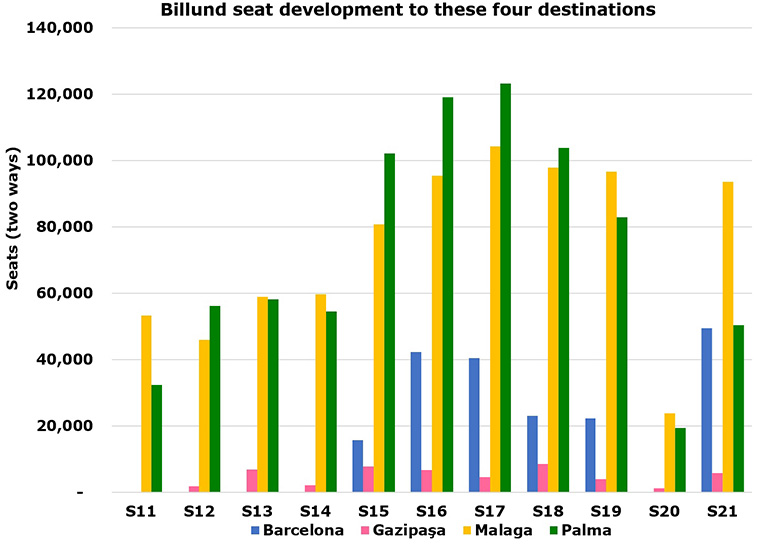