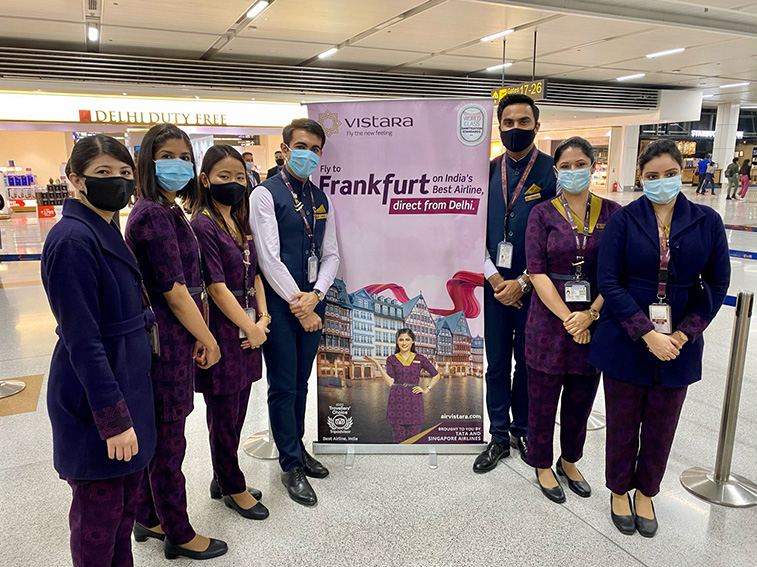 The 6,132-kilometre service operates twice-weekly using B787-9s and is currently bookable until 30 October. 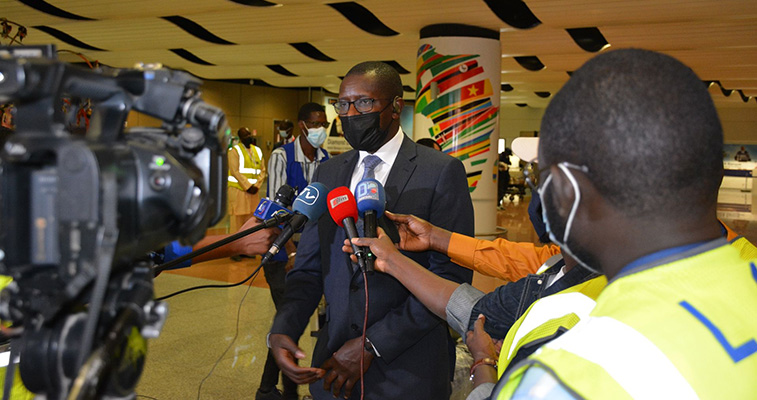 Operating three-weekly, the 4,198-kilometre route is one of the world’s longest by the A319, with the first flight from Malpensa being six hours.

It is currently in direct competition with a twice-weekly Neos service, which began in July 2020 following the end of Air Italy, and which ends in March, so another reason for Air Senegal’s launch.  And it operates indirectly with Blue Panorama’s three-weekly operation to Bergamo.

However, Air Senegal will soon change to A321s, with lie-flat seats, with frequency growing to four- and then five-weekly.

Air Senegal’s new Milan Malpensa service is – like its other European routes – well-coordinated to enable two-way connectivity over Dakar to Abidjan, Bamako, Conakry, Banjul, Ziguinchor, and Nouakchott.  It is scheduled to depart Dakar at 0110 and to arrive back at 1500. 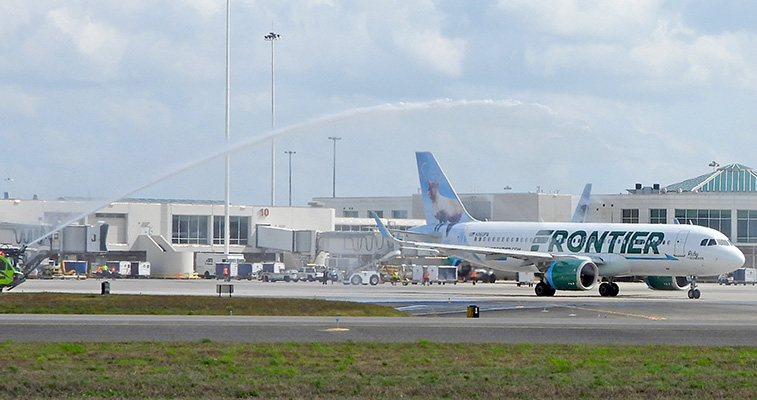 Frontier’s new Orlando – St Thomas began on 19 February, one of four routes it has from the Florida airport to the Caribbean.

Frontier took off from Orlando to St Thomas on 19 February, with the 2,006-kilometre route operating twice-weekly.

It competes directly with Spirit, which has a seven-weekly offering from March.

Frontier’s Orlando – St Thomas will be joined by Miami to the Caribbean island from 7 March.  It too will be twice-weekly.

Philadelphia to San Juan is its top Caribbean route, with almost 190,000 two-way seats and up to 14 weekly departures. 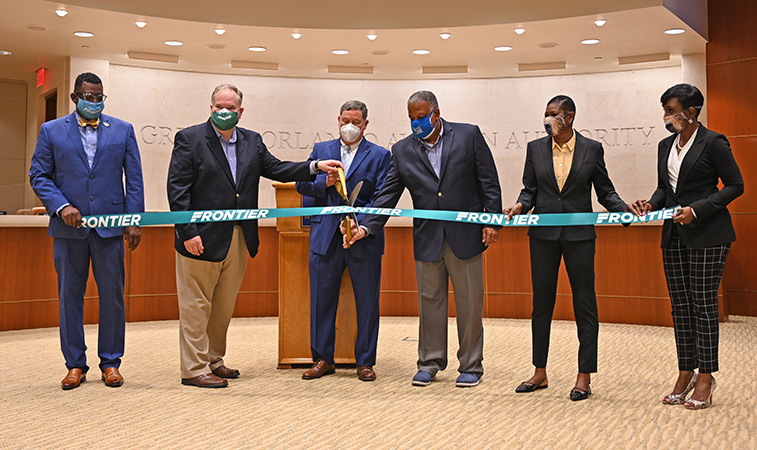 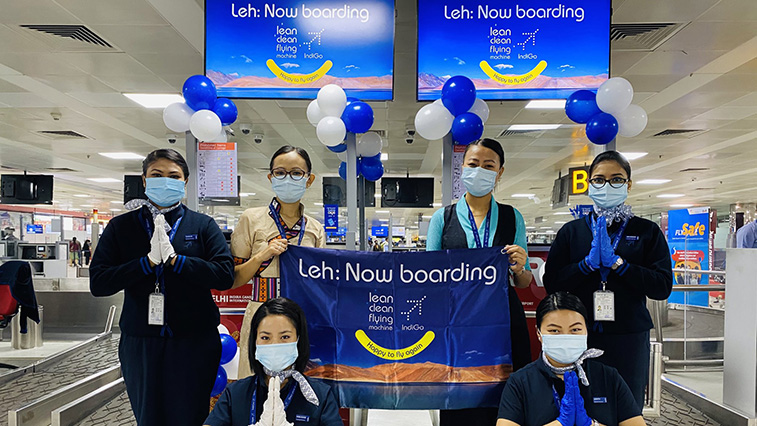 This year, IndiGo has 57 destinations from Delhi, of which 50 are domestic.  Leh, which started on 22 February, is its 11th shortest route.

IndiGo began Delhi to Leh, in the very mountainous Ladakh, on 22 February.

It operates the 614-kilometre service seven-weekly and has four direct competitors.

In the week starting 12 April, for example, it’ll compete directly with GoAir (28 weekly), SpiceJet (14), Air India (seven), and Vistara (seven).  These serves are all bookable, their websites show.

An overland bus from Delhi to Leh takes in the region of 35 hours versus roughly one hour by air. 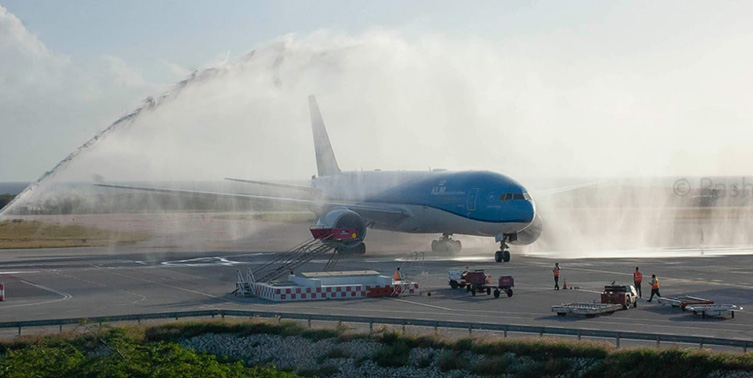 KLM has a once-daily service between Amsterdam and Aruba this year. Nearly 12,000 vaccinations were transported to the Caribbean island on 16 February.

Aruba’s Prime Minister and the Minister of Tourism, Public Health and Sport were on hand to welcome the first arrival.

Joost Meijs, CEO of Aruba Airport Authority, said: “We welcome the vaccines and hope that soon the entire population can be vaccinated to return to the Pre-COVID traveling days. At Aruba Airport, we have adhered to all the preventive measures and will continue with our efforts to ensure a safe travel experience for all our passengers.”

Amsterdam has, of course, always played a crucial role at Aruba.  While 2021 isn’t yet finalised, over 220,000 seats are currently scheduled across KLM and TUI fly Netherlands.

KLM has a once-daily offering, varying between B777s and A330s, routing Amsterdam – Bonaire – Aruba – Amsterdam.  Later this year, it’ll stop first in Aruba and then Bonaire.

TUI, meanwhile, presently has a once-weekly service using B787-8s, routing Amsterdam – Aruba – Curaçao – Amsterdam.  It increases to three-weekly in March and to four-weekly in the summer. 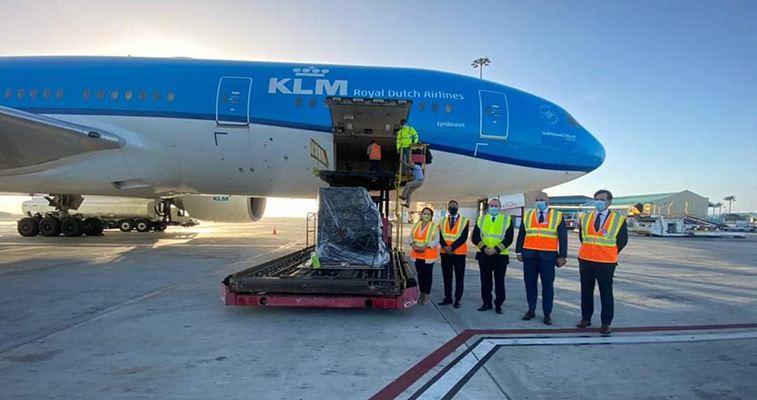