Air Serbia commenced a new service between Geneva and Belgrade on 1 March 2021. The airline is offering two weekly flights on the route on a year-round basis. Services operate each Monday and Friday using an A319 with a capacity of 144 seats.

Geneva was announced as one of six new destinations last year, but this plan was temporarily abandoned due to the coronavirus pandemic. “We are carefully monitoring all the changes in travel restrictions and demand, trying to act quickly and seize all the opportunities that open up on the market,” said Jiri Marek, General Manager Commercial and Strategy, Air Serbia. 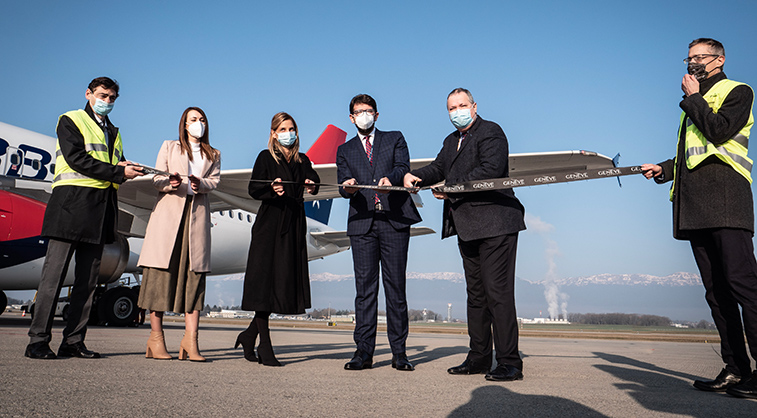 The Monday flights provide good connectivity from Geneva to other destinations in the airline’s network, including Larnaca, Moscow, Podgorica, Sarajevo, Skopje, Sofia, Thessaloniki, Tirana and Tivat.

A strong demand for the route has been identified, in particular, with the very important Serbian community established in Geneva Airport’s catchment area. Indeed, more than 30,000 Serbian nationals live in western Switzerland and neighbouring France. The link between the capital of Serbia and the diplomatic activity taking place in Geneva is also important.

“We are glad that, despite the current circumstances, we had managed to further expand the network of destinations and contribute to even better connectivity between Serbia and Switzerland,” said Marek. “Having in mind that more than 30,000 Serbian citizens live in western Switzerland and neighbouring France, we have recognised the need for introducing this route, in order to provide them with easier access and better connectivity with their homeland.”

The inaugural flight was welcomed with the traditional water cannon greeting at Geneva Airport, with an official ribbon cutting ceremony attended by representatives of the airline and airport, including André Schneider, CEO Genève Aéroport, and Bojan Aranđelović, Head of Network Planning, Air Serbia. 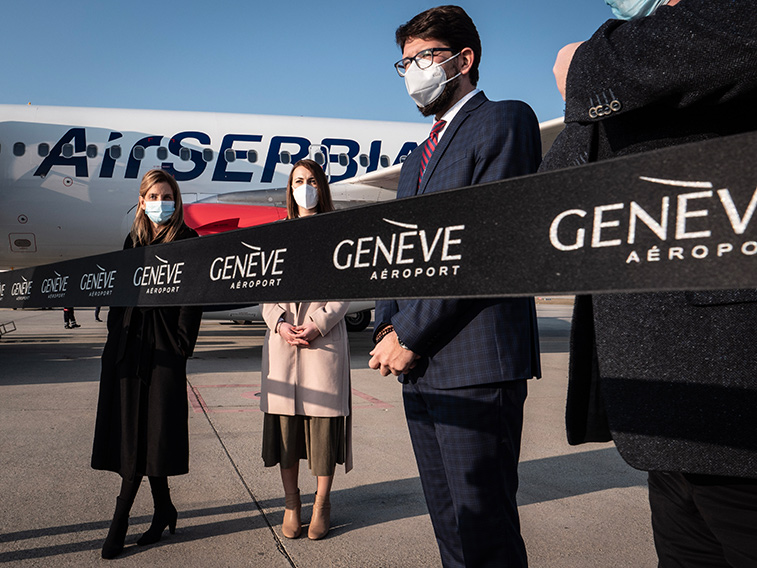 Air Serbia commenced a new service between Geneva and Belgrade on 1 March 2021. The airline is offering two weekly flights on the route on a year-round basis. Services operate each Monday and Friday using an A319 with a capacity of 144 seats. Photo: Genève Aéroport