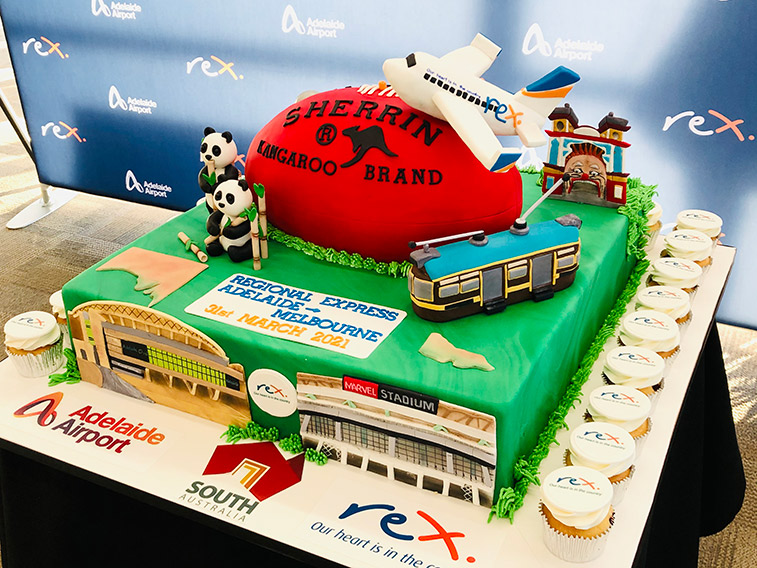 The stunning route launch cake was designed with themes revolving around the destinations of Adelaide and Melbourne. Elements of South Australia include Adelaide Zoo, the iconic Adelaide Oval, and The Spheres artwork on Rundle Mall. Victoria is represented by the historic Luna Park amusement park, Marvel Stadium, and Melbourne’s iconic trams.

Rex Airlines launched a new double-daily service between Adelaide and Melbourne on 31 March 2021. It is Rex’s second route between capital cities with its interstate expansion in Australia. Adelaide Airport celebrated with a spectacular destination-themed cake, which is joint-winner of anna.aero’s Cake of the Week prize.

The inaugural 737-800NG flight was met by government leaders, airport executives, and the Hon John Sharp AM, the airline’s Deputy Chairman.

“This is a great day for both Adelaide and South Australia as finally it will not need to choose between cheap but unreliable services and premium services at exorbitant prices,” said Mr Sharp. “Rex has brought to South Australia safe, reliable services at affordable fares for the past 20 years on the regional routes and finally today this will also be made available on domestic routes. If our services are well supported we will be looking at other domestic destinations from Adelaide as Rex expands its domestic footprint.” 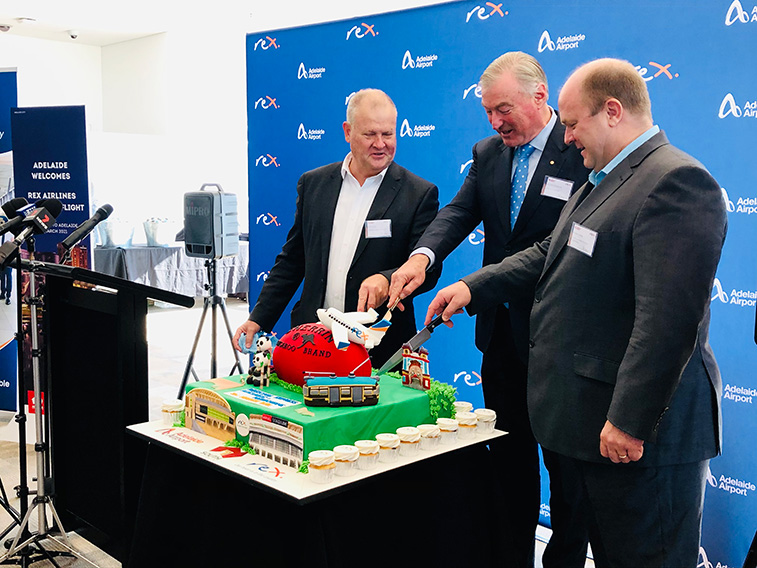 Minister for Trade and Investment, The Hon Stephen Patterson, congratulated Rex on its new interstate operations. “It’s been a very tough year in the aviation sector and Rex has shown amazing courage to start interstate flights,” he said. “It is terrific that we can welcome the first Rex interstate flight into Adelaide, giving visitors to South Australia and those doing business in our state more opportunities to get here, discover SA and contribute to our state’s economy. The State Government works with all of our key airline partners to ensure we continue to see strong passenger growth in a post-pandemic environment, drive trade and business, and create jobs.”

Adelaide Airport Managing Director, Mark Young, said Rex had demonstrated great faith in the Adelaide market by selecting the Adelaide-Melbourne route as just its second route between capital cities. “This service provides South Australian passengers with more choice when flying on our most popular route, and has started just in time for the Easter and school holiday peak period,” he said. “I congratulate Rex on recognising the future growth opportunities on this route. Rex has been a strong supporter of the Adelaide market for many years – currently flying to several regional destinations across South Australia.” 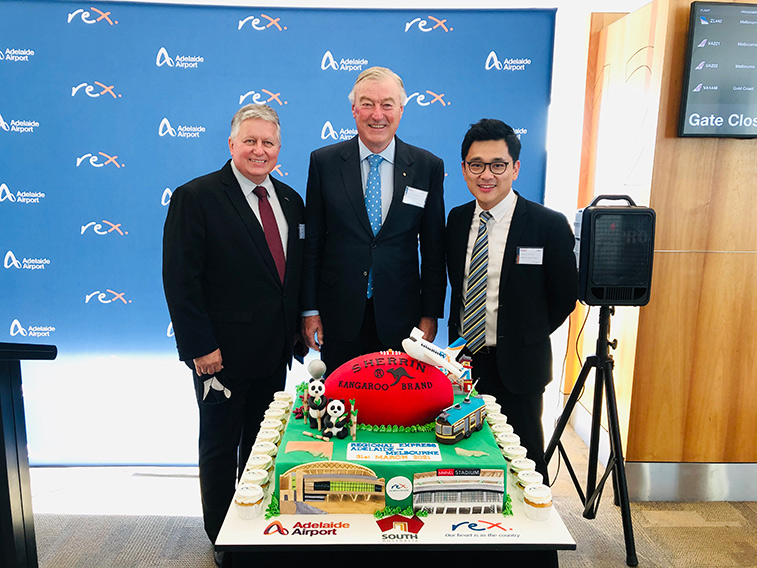