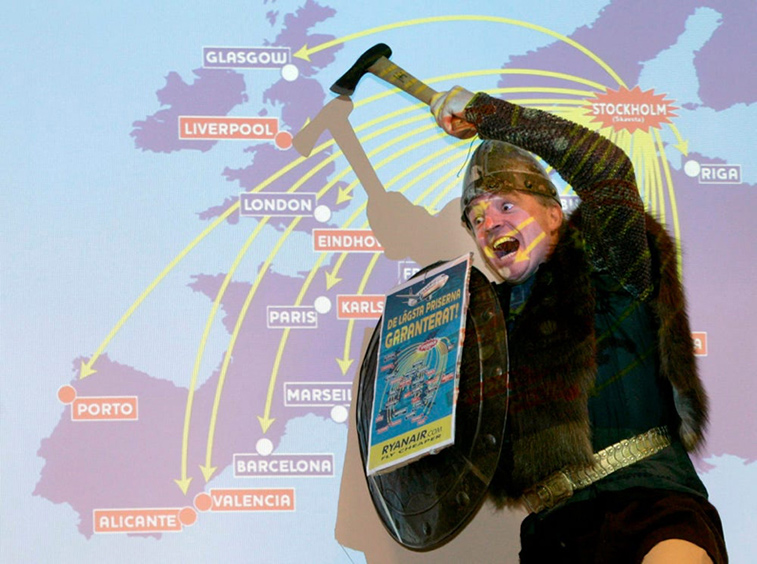 Back in style! In 2003 Ryanair opened its ninth base at Stockholm Skavsta Airport, with Michael O’Leary showing that the airline meant business with the move. In 2019, the carrier closed the base as a result of 737 MAX deliveries, however two years later the airline is back in the Swedish capital, switching Skavsta for Stockholm Arlanda. Like it did in 2003, three of the airline’s new Stockholm routes in 2021 include Alicante, Karlsruhe/Baden-Baden and Liverpool. Déjà vu anyone?

Ryanair confirmed its newest base on 6 May – Stockholm Arlanda – where it will station two aircraft from the start of the W21/22 season. This is the airline’s third base announcement in recent days, having also confirmed it will base aircraft in Riga and Billund this winter as well. While the latter was previously a Ryanair base until a few years ago when the carrier fell into a dispute with the Danish trade unions in 2015, and Riga pre-pandemic handled just shy of 7.8 million passengers per year, Arlanda is Ryanair’s latest base at a major European airport.

Over 25.6 million passengers flew through Arlanda Airport in 2019, making the Swedish capital airport the 12th European airport that the carrier has based operations at which handled over 25 million passengers per annum pre-COVID. The others are Athens (25.5 million passengers in 2019), Barcelona (52.6 million), Brussels (26.3 million), Dublin (32.9 million), Frankfurt (70.5 million), Lisbon (31.1 million), London Stansted (28.1 million), Madrid (61.7 million), Manchester (29.4 million), Milan Malpensa (28.8 million) and Palma de Mallorca (29.7 million). The announcement also showcases the airline’s return of based operations to the city of Stockholm. The ULCC had a base at Stockholm Skavsta Airport until the end of 2019, stating at the time that the closure of the Skavsta base was due to 737 MAX delivery delays. At the time of closure, the airline had four aircraft stationed at Skavsta.

“It is with great joy that we welcome Ryanair to Arlanda and Ryanair’s continued expansion in the Swedish market. Their large number of destinations is an important addition and complement to the existing range of destinations available at our airports,” commented Charlotte Ljunggren, Director of Market & Commercial Development at Swedavia. The investment by Ryanair will add over 850,000 two-way seats to Arlanda this winter season if the full flight schedule operates.

Of the 21 routes which Ryanair will open from Arlanda, 12 will be new routes to the airport for the winter season, while routes including Gdansk have previously been summer seasonal in recent history based on OAG Schedules Analyser data. It should also be noted that routes to the likes of Brussels Charleroi, London Stansted and Milan Bergamo may be new airport pairs, however they’re not new city pairs due to indirect competition on routes from other city gateways (i.e. London Heathrow, Brussels and Milan Malpensa).

Room for a few more sectors

As stated, Ryanair will station two aircraft at Arlanda this winter. A look at the carrier’s initial schedule for these aircraft shows that they’re needed in order to accommodate the domestic routes it will operate to Gothenburg and Malmö. These two routes will account for 45% of the weekly departures that will take place on the based aircraft. Presently the two aircraft are currently expected to offer 44 departures combined, 20 of which will be to Gothenburg and Malmö. All 10 rotations to Malmö will be served on Arlanda-based units, while four of the 14 weekly flights to Gothenburg will be operated by aircraft based at the later airport, namely the evening departure on Mondays, Fridays, Saturdays and Sundays.

The following table shows the current breakdown of the schedule for the two aircraft that will be based at Arlanda this winter. Note that all times in the table are local to each airport.

As can be seen in the table, Ryanair is able to get eight sectors on four days of the week for aircraft one, with its operation focusing on short sectors around the Baltic and Scandinavian region on those days. What the schedule also indicates is that there is still some room to squeeze in more sectors for aircraft two, with these highlighted in yellow. Sections shown in red account for sectors which could be a further rotation in the day for aircraft 2, however this is dependent on what sector could take place before it. It should be noted at this time that in Swedavia’s press release, it states Riga as seeing five weekly flights, but when this analysis took place only three of the five weekly flights were on sale (Mondays, Wednesdays and Fridays), with these all flown on Arlanda-aircraft.

Presently on Mondays there is a gap of 6:20 hours, on Tuesdays and Saturdays there is 8:30 hours before midnight, and on a Wednesday there is a gap of 5:50 hours. Thursday is showing eight hours between the inbound from Nis to midnight, and on Fridays there is a 7:50 hours gap between current published rotations between Malmö and Riga. While this could be down to operational constraints to get the most utilisation of the aircraft (i.e. slots or aircraft flight hours), it will be interesting to see if Ryanair will squeeze a few more flights out of the schedule to get greater utilisation of the aircraft.

Ryanair has announced that from the start of W21/22 season it will base two aircraft at Stockholm Arlanda Airport, opening up 21 routes including domestic connections to Gothenburg and Malmö. An analysis of the airline’s initial schedule shows that 49.4% of flying to Arlanda this winter will be done on away-based aircraft. 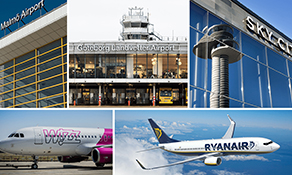 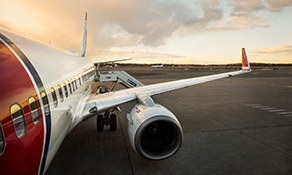