With 77 destinations and 108 routes serving 21 countries, summer services from Bordeaux are gradually opening up and offering exciting opportunities for travellers from the south-west of France. At present, 20 partner airlines have announced flights from Bordeaux Airport for the summer season.

As of mid-May, direct flights from Bordeaux to Figari, Alicante, Valencia, Dublin, Budapest, Naples, Rome and other destinations are reopening. This gradual resumption of flights will accelerate as of mid-June. 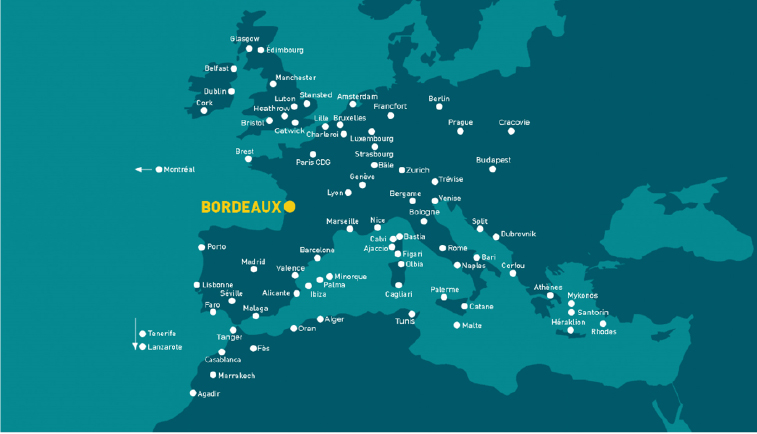 Flights to the intercontinental hubs of Casablanca with Air Arabia and Royal Air Maroc (as of 24 May), Frankfurt with Lufthansa and Zurich with Swiss (as of 18 June), in addition to London Heathrow with British Airways (as of 23 June), will add to the routes already available to the Paris-CDG, Amsterdam, Madrid and Lisbon hubs.

Fly to North Africa from Bordeaux this summer

As soon as the Moroccan and Algerian borders reopen and health restrictions in Tunisia are eased, travellers from Nouvelle-Aquitaine region will have a wide choice of flights to these destinations. Airlines are currently announcing their schedules, including the opening of a new route to Casablanca with Air Arabia, in addition to Royal Air Maroc, and an increase in the number of flights to Fez, Marrakesh, Tangiers, Oran and Algiers, which will be served by Volotea this summer, in addition to Air Algérie.

As of 17 July, subject to the reopening of Canadian borders, Air Transat has confirmed its Bordeaux-Montreal flight, once a week on Saturdays.

11 airlines are offering flights from Bordeaux to the Corsican destinations of Ajaccio, Bastia, Calvi and Figari. Four airlines (Air France, easyJet, Ryanair and Volotea) will operate a total of 63 flights per week from Bordeaux.

The Nouvelle-Aquitaine region is maintaining links with the French Riviera via routes to Marseille and Nice operated by Air France, easyJet and Ryanair, with a substantial daily frequency. 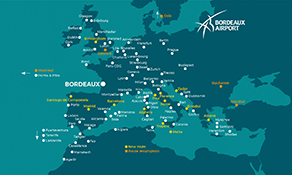 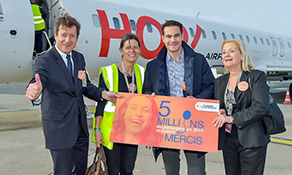 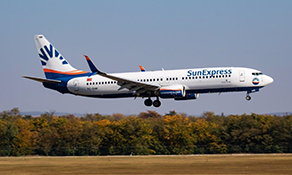