Day 2 of FTE APEX Virtual Expo 2021 began this morning (26 May 2021) with the Women in Aviation Leadership Summit. Sophie Dekkers, Chief Commercial Officer, easyJet, was among the panellists and shared her perspective on the impact female leaders are having in the industry, as well as insights into how air transport can achieve the fastest possible recovery.

Sophie Dekkers, Chief Commercial Officer, easyJet: “The gamechanger will really be hybrid working and how that enables a broad sector of people to be themselves and strike a much better balance. I’ve certainly seen that in the six months that I’ve been hybrid working.”

Dekkers has enjoyed a 14-year career with easyJet and was appointed Chief Commercial Officer in December 2020. “I’ve had some incredible sponsors along the way and I think that sponsorship network is very important,” she began. “Put your hand up for anything – that’s been my motto to get me where I am. I’ve been 14 years with easyJet and this is my eighth role, so I’ve really put myself out of my comfort zone and done a variety of roles – that’s really given me the opportunities. I’ve don’t feel I’ve been held back, fortunately, to get to where I am.”

Some striking figures were highlighted in the discussion: women account for only 7% of pilots and an even smaller number of captains, 2.4% of mechanics, 3% of C-level positions, and 16% of airport managers. In contrast, 79% of flight attendants are women.

“Part of the challenge is the mindset of whether aviation could be an industry for females,” said Dekkers. “We did a survey among British schoolchildren – 51% had very clear views on male and female jobs. The majority of male pilots have decided they want to be a pilot by age 10, and a very small minority of females have made that decision by the time they’re 16. So, I think we have a grassroots issue around gender stereotyping of roles. That then limits the intake into head office roles like my career, because you stereotype on what you see, which as a passenger is the aircraft. You don’t think actually there’s a finance department, a marketing department, a commercial department, and a career opportunity for me there. It’s our role to go to schools and tell children our story.”

Alongside her role as easyJet CCO, Dekkers is also the airline’s lead on diversity and inclusion. For easyJet, a lot of the focus is on recruitment and using the right sources to ensure diversity. “It’s also about ensuring that when we’re describing roles, they’re worded in a way that is seen to be accessible for everybody.” Dekkers emphasised that customers within the aviation industry are incredibly diverse. “If we don’t reflect that in our employees, we’re going to miss a trick.”

One trend likely to continue after the COVID-19 pandemic is hybrid working. “I came back from maternity leave in September and got promoted to this role in December. I wondered how I would balance that,” said Dekkers. “But, actually, going forward I might have two or three days a week I can work at home. That enables people to be comfortable in their own environment.”

In terms of strategy to close the gender gap, easyJet has projects including the Amy Johnson Flying Initiative, which aims to tackle industry-wide stereotypes and attract more female pilots.

“Our focus within the company is on how we can make sure women are supported,” Dekkers adds. “We have specific programmes developed internally to give women the confidence to go for it, which involves female leaders talking about their journey. That dialogue is really important.”

In terms of trends that will drive recovery from the pandemic, leisure travel is excepted to recover faster than business travel. easyJet has a mix of services – 50% of routes are city-to-city, 30% are beach destinations, and 20% are domestic. “That’s in a normal year and we have been able to flex,” Sophie Dekkers, Chief Commercial Officer, easyJet, explained. “We’ve switched capacity and our network now in the UK, France and Italy is domestic.”

While companies have become accustomed to working remotely during the pandemic, she doesn’t believe that will eradicate business travel. “People are also desperate to see each other face-to-face again. Demand will recover at different rates for different route types. There is pent-up demand for summer holidays. But it will take two or three years before the industry properly recovers.”

In terms of sustainability, Sophie Dekkers, Chief Commercial Officer, easyJet, highlighted that the airline automatically carbon offsets each passenger’s flight. easyJet has also jointly studied hydrogen and electric propulsion with Airbus. “We’ve also launched a trial whereby our inflight magazine, including the bistro and boutique, has gone digital. If that’s successful, it will save us 100 tonnes of paper a year. So, while developing longer-term initiatives, we should all be focusing on what we can do in the short-term as well.” 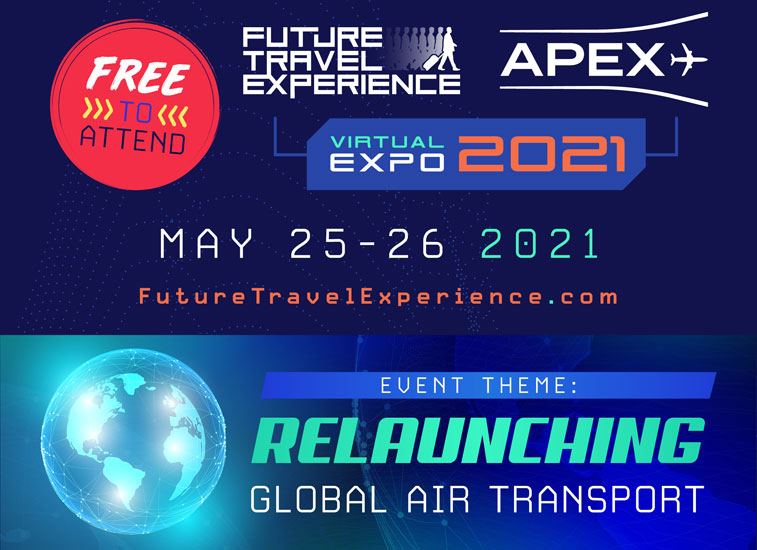 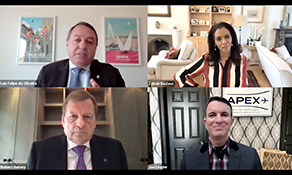 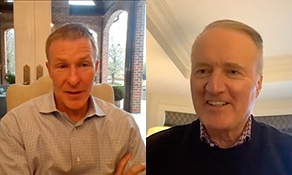 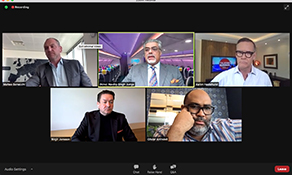