As the summer begins and restrictions lift, Milan Bergamo Airport is not only witnessing the hugely positive resumption of many routes on its network, but also welcoming new routes and a new airline to its portfolio. In addition to a large number of domestic services and traditional leisure routes returning with established carriers, the Italian gateway celebrated the arrival of easyJet to its airline rollcall last month.

“It’s fantastic to welcome easyJet to our airport,” enthuses Giacomo Cattaneo, Director of Commercial Aviation, SACBO. “Our latest new airline partner will provide an additional choice for our passengers to the beautiful coastal city of Olbia and to the stunning Costa Smeralda area – one of our most popular destinations in Sardinia. Having already opened sales to a second daily frequency from the late-July until early-September, easyJet has also announced it will launch links to London Gatwick, Amsterdam and Paris Charles de Gaulle later this year, therefore this inaugural flight marks just the beginning of what I’m sure will be a successful partnership,” adds Cattaneo. 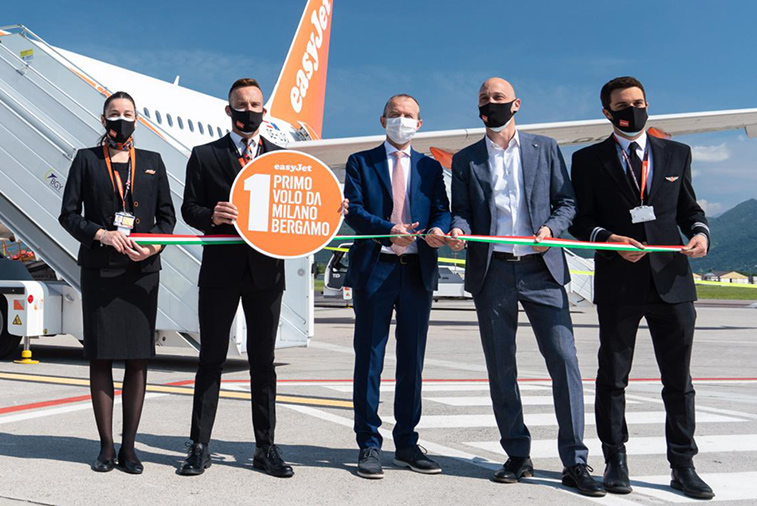 Seeing the increase in demand for domestic services, Volotea has returned to Milan Bergamo also offering a daily link to Olbia, soon to be three-times daily, alongside twice-weekly services to Lampedusa and Pantelleria. While the low-cost carrier (LCC), Ryanair, has quickly ramped up operations on numerous returning links including Bari, Brindisi, Cagliari, Catania, Lamezia Terme, Naples and Palermo.

In addition to the large number of operations within Italy, the LCC has resumed flights to a number of the more traditional resorts including Chania, Heraklion, Ibiza, Palma de Mallorca and Rhodes.

Air Arabia is also bringing back its flights from BGY to Sharm El Sheikh from the second half of June.

As Milan Bergamo’s largest carrier, Ryanair will be enhancing links from the Lombardy region during June and July. Launching a service to Zagreb on 17 June, the LCC will connect the Italian gateway to Croatia’s capital city four-times weekly. While next month will see the airline add twice-weekly services to Menorca and Banja Luka, the second largest city in Bosnia and Herzegovina.

“We are considerably looking forward to the coming months and the revival of our route network here at Milan Bergamo. With the commitment of our airline partners, we already have a wide variety of connectivity to offer our passengers and we will continue to add to these over the coming months as Luke Air (by Blue Panorama), Albastar, and Neos also return to our runway,” explains Cattaneo. 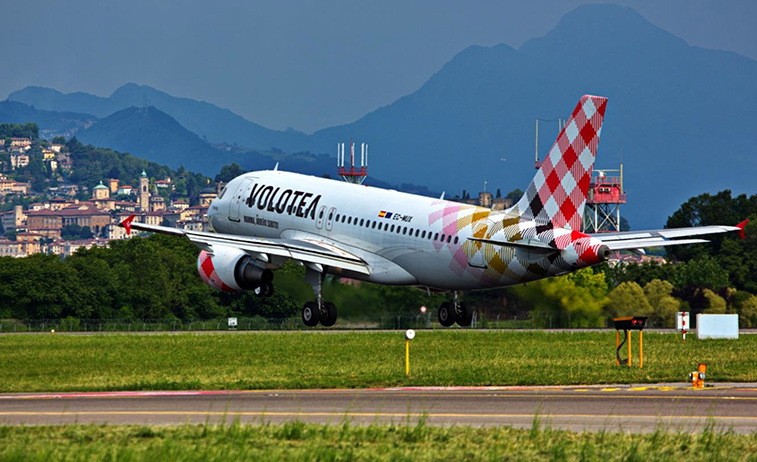