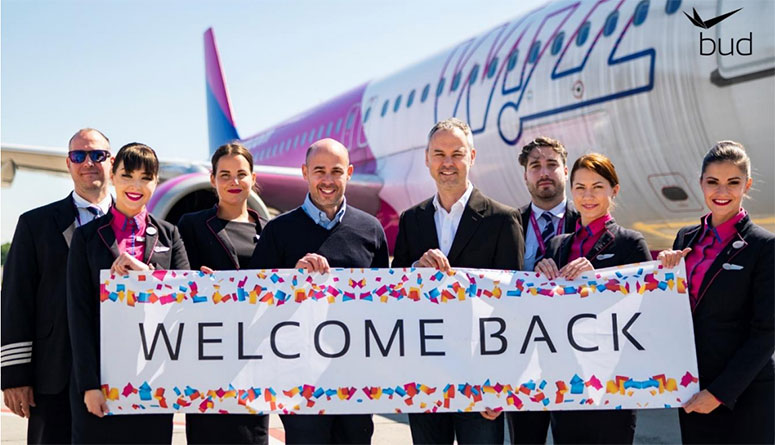 Wizz Air has resumed flights between Budapest and another seven destinations, offering customers yet more travel options as restrictions continue to ease. Friday 4 June saw the ultra-low-cost carrier (ULCC) re-open connections from the Hungarian capital to Podgorica, Malta, and Lisbon, while Saturday saw links to Catania relaunch. The weekend concluded with the airport seeing Barcelona, Bari, and Gothenburg on its route map once again.

The ULCC has already confirmed frequency increases on five routes which will result in another 3,992 weekly seats returning to Budapest’s schedule by July. During the height of the summer season, Wizz Air will operate twice-weekly to Montenegro’s capital, the Sicilian city of Catania, and the Swedish seaport of Gothenburg. With flights to Malta, Lisbon, and the southern Italian port city of Bari being three-times weekly, connections to the cosmopolitan capital of Spain’s Catalonia region will see services running four-times weekly.

“We remain focused on taking steps to ease travel and, with the help of close airline partners such as Wizz Air, our customers know their safety and wellbeing is looked after,” says Balázs Bogáts, Head of Airline Development, Budapest Airport. “Hungary has a strong, European-leading, vaccination programme and at the airport we provide the highest safety and hygiene standards at every point of our passengers’ journeys to continue the safe return of air connectivity.”