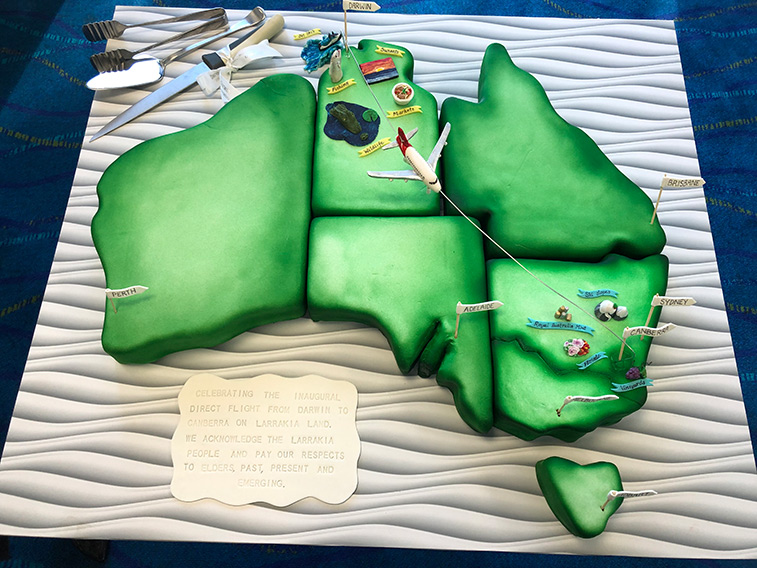 QantasLink launched a new service from Darwin to Canberra on 21 June 2021. The first flight connecting the two cities in nine years was marked by celebrations at the departure gate, including a spectacular route launch cake created by The Chantilly Kitchen Cakes, which won anna.aero’s prestigious Cake of the Week prize.

Travellers in the Northern Territory can now take advantage of a direct connection to the Australian Capital Territory with QantasLink’s new Darwin-Canberra flights launching today (21 June 2021). The first flight connecting the two cities in nine years was marked by celebrations for passengers at the departure gate.

QantasLink will offer up to five weekly return flights operated by the Embraer E190, delivering almost 1,000 seats on the route each week. The E190 made its debut on the QantasLink network last month as part of the airline’s deal with Alliance Airlines. With its size, range and economics, the 94-seat aircraft has opened up a number of new routes that wouldn’t have been viable with Qantas’ existing fleet.

“We’ve seen strong demand from travellers in both Darwin and Canberra since the route first went on sale last month,” said John Gissing, CEO QantasLink. “With no other airline currently operating on the route, the direct flights will save business and leisure travellers more than two hours travel time on a round trip instead of flying via other capital cities. More visitors to Darwin will be great for the Northern Territory economy with flow on benefits for local businesses in their recovery from the impact of COVID. These flights also provide travellers from regional New South Wales with a convenient gateway to the Northern Territory and they’re launching just in time for a holiday during the colder winter months.”

The new route is the latest in a number of recent capacity increases for the Darwin market with more frequent flights and larger aircraft operating in response to strong demand. For the peak travel season from July through to September, capacity is up 120% on Melbourne-Darwin compared to pre-COVID. Sydney, Perth and Adelaide to Darwin are all up by 60% over the same period.

The Darwin-Canberra service is one of the 45 routes that the Qantas Group has announced or launched since the beginning of the COVID-19 pandemic.

Cake of the Week is big news Down Under: listen to ABC Radio Darwin anna.aero interview

Cake of the Week continues to make news Down Under 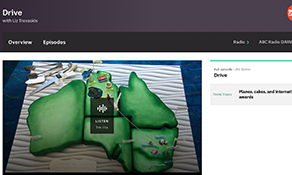 Cake of the Week is big news Down Under: listen to ABC Radio Darwin anna.aero interview 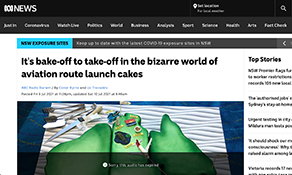 Cake of the Week continues to make news Down Under 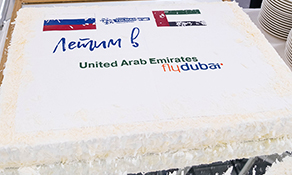